A film journalist yesterday filed some half-arsed copy for a lacklustre feature in which he was asked to examine why so many of this year's blockbuster hits feature archery. "Not my best work," said the journalist.


The film writer, who preferred not to be named, was tasked by his commissioning editor via a clearly hastily-written email to write a feature on the similarities between breakout hit The Hunger Games, summer superhero smash The Avengers and forthcoming Pixar fairytale Brave, all of which feature archery in some form or another – despite an almost total lack of thematical similarities.

"The commissioning email was sketchy at best," said the 32 year-old writer, who admitted he accepted the freelance work despite not entirely understanding the brief. "I mean, there's sort of something there. An idea at best. But it's pretty flimsy. Three films this year have had archers in them. So what? They share almost no common ground whatsoever. I could literally think of a dozen more suitable features to write. But rent is rent."

Katniss, the lead character in The Hunger Games as played by Jennifer Lawrence, uses a bow and arrow to stalk her prey; Hawkeye, Jeremy Renner's character in The Avengers, is a similarly gifted archer. In Pixar's Brave, Kelly McDonald plays Princess Merida, who proves herself to be the hunting equal to her male counterparts – in one scene, she scores a bullseye by firing her arrow and splitting it through another. "All three characters couldn't be more different," muttered the writer. "Hawkeye is barely in his damn movie, and Brave isn't even out yet. God knows what I was expected to write." 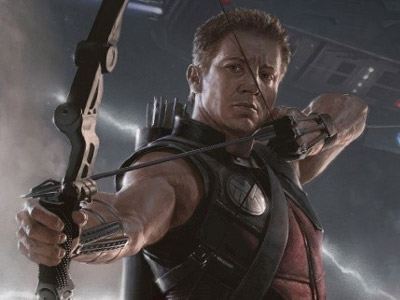 Hawkeye of The Avengers, holding his bow and arrow.


Of the 600 words requested by his editor, the journalist used over 400 words writing descriptive synopses of the three movies without ever really attempting to answer the question he posed in the headline: "Is 2012 the year of the movie archer?" The remaining 200 words were split between an opening paragraph – which conveyed the same information found in the headline, just slightly more verbose – and a pseudo-conclusion, in which the writer speculated that the box-office success of The Hunger Games and the Avengers could lead to an uptake in the sport of archery.

"I'll be honest, I work with what I've got," revealed the writer, whose published feature has so far received no online comments. "Write me a detailed brief and I'll give you some sparkling copy. But just write "OLYMPICS???" in your email and you get me on auto-pilot."

More:  The Avengers  Brave  The Hunger Games  DUH SATIRE
Follow us on Twitter @The_Shiznit for more fun features, film reviews and occasional commentary on what the best type of crisps are.
We are using Patreon to cover our hosting fees. So please consider chucking a few digital pennies our way by clicking on this link. Thanks!