In Marvel's Agent Carter, announced last week as a star vehicle for the quite splendid Hayley Atwell, Peggy Carter must "balance doing administrative work and going on secret missions for Howard Stark all while trying to navigate life as a single woman in America, in the wake of losing the love of her life - Steve Rogers". You've got to hand it to them: they're confident enough that we're on board with their 14 movies a year that they'll try a TV series where the most interesting person has just nipped out to the shops. Here's five more they've got in the pipeline.


Odin Cleans Out the Paint Cupboard 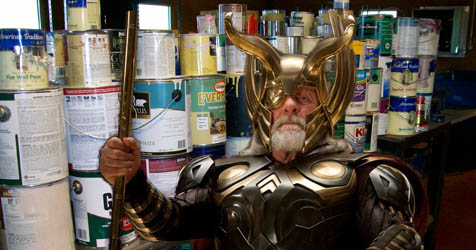 With Thor and Loki having mooched off to Earth to hammer ass and take names, Odin's left kicking around Asgard at a bit of a loose end. Enough is enough, he decides: he's been putting off dealing with the paint cupboard for a couple of millennia.

He soon finds it's a trickier task than he thought: the old tobacco tin he uses to keep screws and Allen keys in is right at the back behind the WD40, and as the season finale approaches he discovers that the opened pot of Eggshell Mist he's been saving up ever since he used a bit to do the skirting boards back in 14 BC is completely stuck shut.
Uncle Ben and Aunt May Watch Celebrity Squares While Peter's Out Webslinging 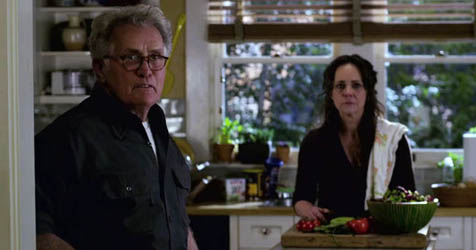 In a 30-second cameo role for Andrew Garfield in the first episode's cold opening, which took months of scheduling conflicts and half the show's budget to secure, Peter Parker puts on his spider-suit and disappears through his bedroom window into the night to have a big scrap with the Kingpin or someone.

Uncle Ben notices the noise upstairs but thinks nothing of it, and he and Aunt May switch over to their favourite game show.

There is a watercooler moment in episode six in which Ben gets up during the advert break to grab a root beer from the fridge, and his movement makes the internal TV aerial go a bit wonky for a few seconds. Will it resume full reception before the ad break finishes?
Pepper Potts Does a Tricky Powerpoint Presentation 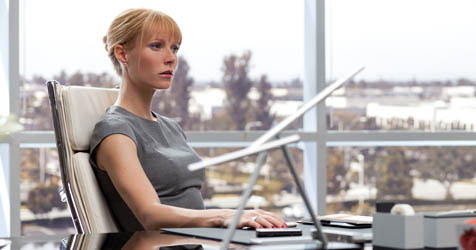 Tony Stark is off at one of those big expos he's always at in Las Vegas, but Pepper can't go: she's making a big presentation to the board on Monday.

With viewers encouraged to live-tweet using the hashtag #PepperPoint, she soon finds she's bitten off more than she can chew. First she saves it in Powerpoint 97/2000/XP format then reopens it in Powerpoint 2010, meaning it opens in Compatibility Mode. Then she can't work out why an arrow pointer she's used keeps flying in from the left rather than fading in like she wants it to.

In a nail-biting season finale, Pepper finally makes her presentation, but it does that thing where you have to leave the full-screen display in order to visit a weblink and when you get back it's back in the standard display and everyone can see the slide structure and it sort of takes the sheen off it.
Black Widow's Roommate Borrows her Hairdryer without Asking 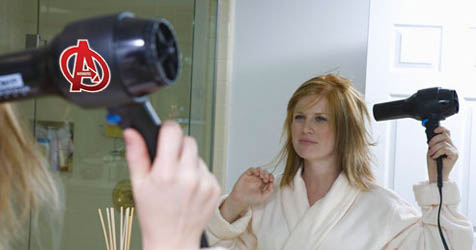 With Natasha Romanoff having gone to Lakeside for the day to watch the darts, her roommate expertly jimmies open her bedroom door. Is she a spy for ... whoever SHIELD's enemies are but I can't quite remember?

In a gut-wrenching mid-season twist we discover that no, she's just left her hairdryer at her boyfriend's and needs to borrow Black Widow's. While in there she also pinches her copy of Bridget Jones: The Edge of Reason and some tights. But Natasha's coming home and she's had six pints of Kestrel. Will she find her in there or get held up on the nightbus?
Untitled SHIELD Office Project 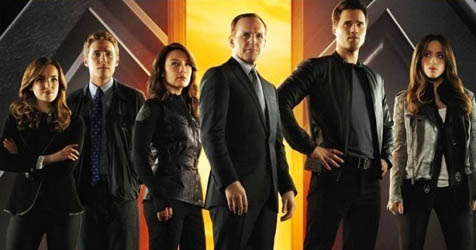 Without an Avenger in sight, we focus on the goings-on within the ultra-secretive SHIELD team, their missions and their lives, loves and OH WAIT