By now you've probably already seen the teaser poster for Spectre, complained about how it's just a picture of a man standing up wearing clothes and moved on with your life. But did you really look at it? Because if you really look at it hard enough, so hard your eyes start to hurt, then you'll find a number of sexy secrets that you'll definitely want to share with your friends so the article goes viral.


Just in case you didn't see it yet, here's the teaser poster for Spectre. Good, isn't it? Classy as fuck. It's Daniel Craig, in his best 'I'm going to kill you while making turtlenecks look fashionable and then I'm going to bang your girlfriend' pose. Soak it in like you're a Bond-themed sponge. 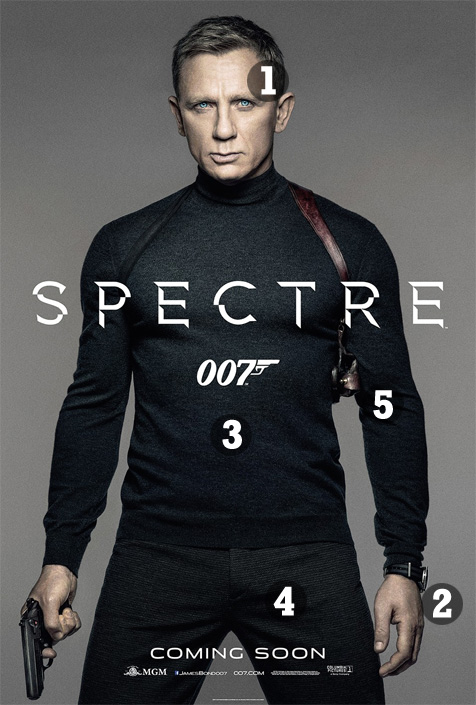 The observant among you will have noticed I have highlighted five areas; sections which, when enlarged with a HD-ready camera, reveal hitherto untold secrets about Spectre and also where my head's at right now. 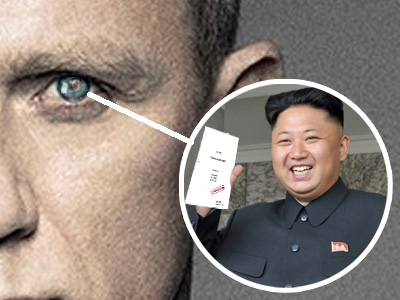 Look into Bond's piercing blue eyes. Now, take your hand out of your pants and look again. Notice anything around the cornea area? Push the ENHANCE button on your computer. Aha! A reflection! Blow the image up to the high resolution of 400x300 pixels and you can see a vital plot teaser reflected in 007's eyes. It's clearly Korean supervillain Kim Jong-Un, brandishing the stolen Spectre script, nicked via the Sony leak he definitely perpetrated. You'll pay for this, Kim. Pay with your money! 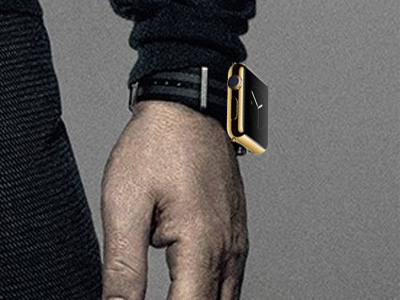 He's not... oh he bloody is. Q branch have only gone and fitted him out with one of them Apple Watches. Bond you goon! Everyone knows you hate on Apple products until the second generation comes around! What you're left with here is a £13,000 digital timepiece that'll be obsolete in two years and will probably overwrite the microfilm containing the names of your secret agent colleagues because you accidentally asked it to sync with your iPad. You fucking mug, 007. 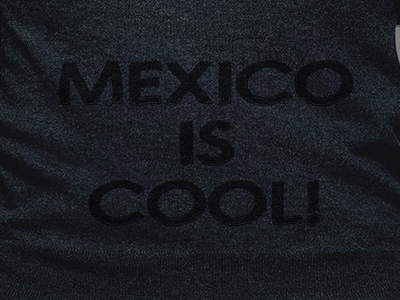 Here's a clever Easter Egg that shows that the movie's Product Placement branch is already grabbing that cash. The reports were correct: adjust the contrast on your computer and you'll see Bond's turtleneck is knitted in a pattern that reveals a hidden message - that the great nation of Mexico would make for an ideal vacation spot and furthermore hardly anyone gets kidnapped there any more. Mexico! It's what's for holiday! 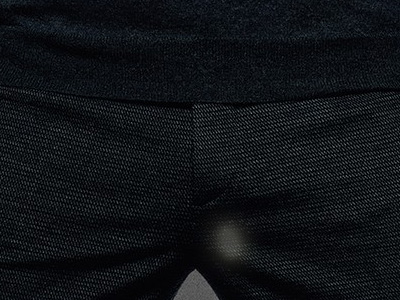 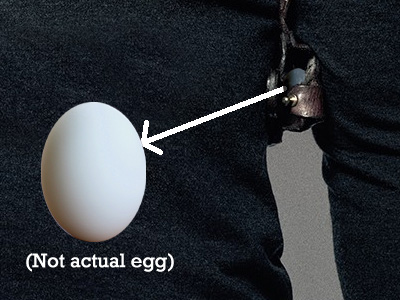 Contrary to popular belief, this is not actually a holster for Bond's firearm. It's actually a custom-made carrier designed for the transportation of a hard-boiled egg, which 007 carries at all times (you may remember the chapter in Fleming's Casino Royale, in which Bond eats his egg in the toilet for energy). If you're wondering where Bond keeps his weapon when his holster is being used for eggs, then it's simple - he simply stuffs it into the crumpled-up egg carton he keeps in his back pocket.

More:  Spectre  James Bond  Daniel Craig  Posters
Follow us on Twitter @The_Shiznit for more fun features, film reviews and occasional commentary on what the best type of crisps are.
We are using Patreon to cover our hosting fees. So please consider chucking a few digital pennies our way by clicking on this link. Thanks!