are frankly sickened by what a nasty piece of work Gary Barlow has become of late. Why, it's almost as if an extremely lucrative job he recently secured requires him to pretend to be thoroughly unpleasant.

What a nice chap he used to be, too: writing cheerful pop ditties our mums liked, walking up mountains with Chris Moyles for charity, and helpfully distracting Mark Owen's wife for half an hour while he nipped out and had a few affairs.

We wish we could say that's where it ended. We really wish that. But we can't. For, after a good eight minutes of research, we have uncovered five deeply, shamefully horrid things Gary Barlow has recently done. 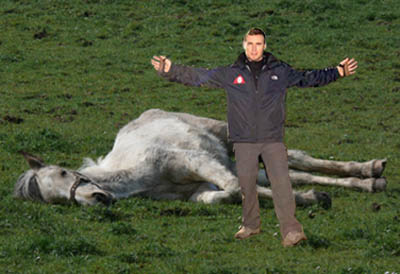 Barlow is known to have a strong dislike of horses, and on tour in the nineties would often demand that as many as six at a time be delivered to Take That's dressing room so he could call them names.

But on a recent trip to Aintree he went a step further, striding up to former Derby-winner Vestibule Turner Prize in the paddock and punching it square in the face.

"It looked at me funny," he later explained to police.
2. Stole a child's tricycle 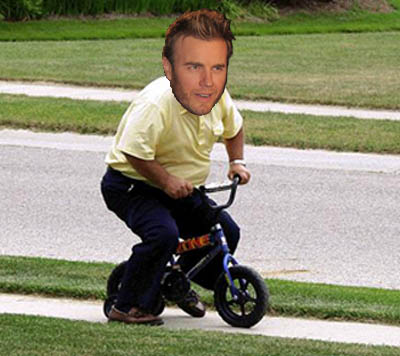 Barlow was last week seen giggling uncontrollably as he pedalled away on a little boy's tricycle down Wilmslow high street. The child's tears served only to heighten the singer-songwriter's mirth, possibly bringing him to orgasm.

The boy died of scurvy that very afternoon.
3. Denied the Holocaust 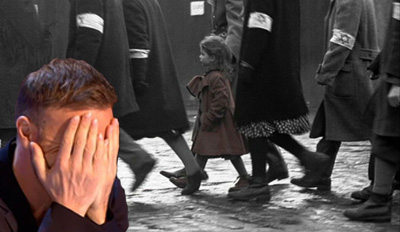 "It never bloody happened," says Barlow, who is reported to have snorted with derision and refused to even look at the screen all the way through Schindler's List. "Show me the proof."
4. Laughed at a happy-slapping video on YouTube 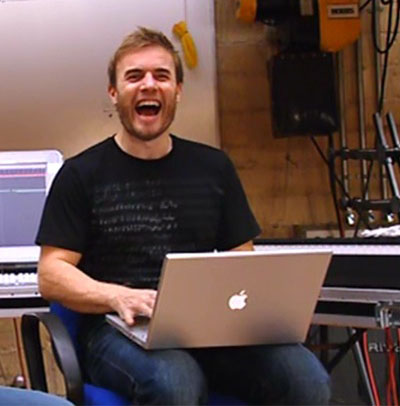 "I love a happy-slap, me," wheezed Barlow through his chortling pie-hole yesterday. "Particularly when they end in the death of a senior citizen. That is bare sick, blud."
5. Played a dead soldier's coffin as if it were a piano 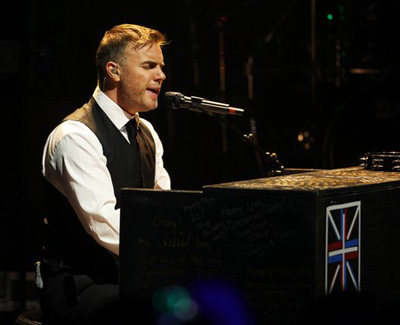 "I don't give a tinker's cuss about the plight of our boys overseas," sang Barlow to his own accompaniment, as it resonated around the cadaver inside. "As far as I'm concerned, they can all get stuffed," he continued after the key change.
We hope you're as shocked and saddened by these events as we are, and that you'll join us in calling for Barlow to be brought to justice. A million love songs later, Gary, and here we are trying to tell you to stop being such a swine.

More:  The X Factor  Gary Barlow  Simon Cowell  ITV  Top 10
Follow us on Twitter @The_Shiznit for more fun features, film reviews and occasional commentary on what the best type of crisps are.
We are using Patreon to cover our hosting fees. So please consider chucking a few digital pennies our way by clicking on this link. Thanks!