Children's charity Rhythmix have got proper shirty with Simon Cowell for using their name for X Factor girl band Rhythmix. Wait, I thought Tulisa chose the name? And the songs every week? You mean ... ?


Now then. Simon Cowell's done some pretty low things in his life, but he's done gone and took the cake this time by stealing the name of a children's charity and using it for a girl band.

Rhythmix is a charity for vulnerable young people. (Though given that the girl band is composed of a bunch of 12-year-olds who have to dress like Hoxton bar skanks, live in a house with Frankie Cocozza and be subjected to horrific levels of emotional stress every weekend for the sake of entertainment, you could argue that they're vulnerable enough to need donations themselves.)

The charity's chief executive said in an open letter to Cowell:

"
"
Rather than seeking any discussion with the charity, considering any of the moral implications of their actions, or checking with the charity whether the pursuit of an exclusive trademark might have a negative impact on the activities of the charity, Simco and their legal representatives apparently sought a way to use the law to circumvent the trademark of the charity.
For shame. To his credit, Cowell appears happy enough to back down and relinquish the name Rhythmix. However, our sources have revealed that he has four other alternative names up his sleeve.
The Royal National Lifeboat Institution 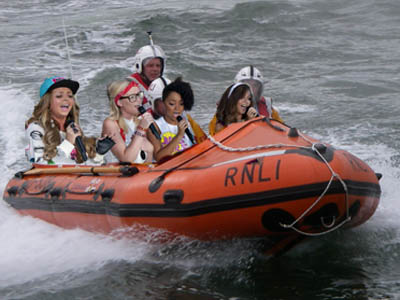 Cowell hopes to trade on the public's love of lifeboats by naming Rhythmix after this well-respected charity. Covers he has lined up for the first album include Don't Rock My Boat by Bob Marley and the Wailers, Sail On Sailor by The Beach Boys, and that Blur song that was about the Shipping Forecast.
British Horse Rescue and Rehabilitation Centre 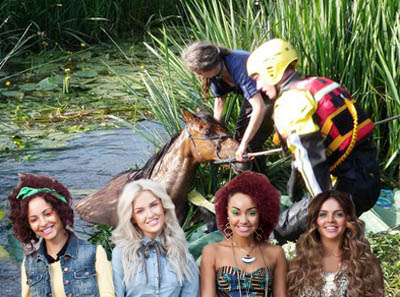 As a noted horse enthusiast, Rhythmix singer Perrie is known to favour the use of this name, and has suggested that they all dress up as horses on stage and use nosebags instead of microphones. The others think she's a dick.
The Royal British Legion Women's Section 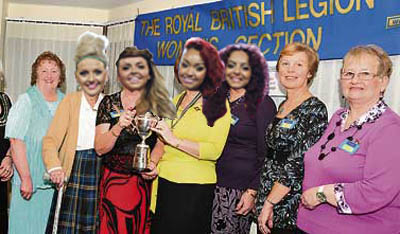 Cowell believes that nice old ladies who bake a lot of cakes and are a little bit racist but only in a harmless, 'old-fashioned' sort of way represent a huge untapped market for X Factor girl bands, and hopes to explore it with this rebranding, coupled with the release of some Vera Lynn standards remixed in dubstep. The girls will be expected to wear fewer headbands.
Leighton Buzzard Narrow Gauge Railway Society 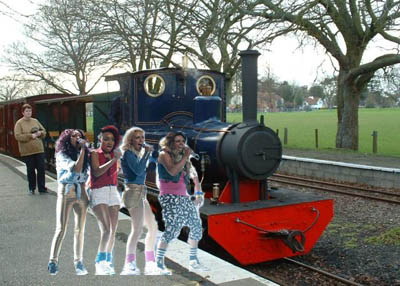 Support for this choice is high within the X Factor production team, and this looks the most likely name to be used at the time of writing. When contacted for a statement on whether they objected to the band using the name, a spokesman for the society said:

"
"
On the contrary, we're very excited at the potential publicity this could mean for the society. In fact this is the most exciting thing that's happened since Mike Purvis thought he'd found a railway sleeper made of untreated tropical azobe hardwood back in 1987. Of course, it turned out to be Grade B reclaimed oak on closer inspection, but it was a pretty interesting couple of minutes.
There is a chance, of course, that Rhythmix's name will be changed to something that no one's ever used before. We suggest 'Herb Alpert and the Tijuana Brass'.

More:  The X Factor  Simon Cowell  ITV
Follow us on Twitter @The_Shiznit for more fun features, film reviews and occasional commentary on what the best type of crisps are.
We are using Patreon to cover our hosting fees. So please consider chucking a few digital pennies our way by clicking on this link. Thanks!