Four reasons why I won't watch Game of Thrones

So my friend texts me and says 'Game of Thrones is worth a look'. I haven't seen it and I refuse to. Why? Glad you asked.

Game of Thrones has just kicked off in the States on HBO and here on Sky Atlantic. It's a US-made medieval fantasy drama series with a mainly British cast. Quite apart from the fact that I don't actually get Sky Atlantic, I will not be watching Game of Thrones, for the following four reasons.

Say what you like about him, but if you want someone to look like a lion-hearted medieval nobleman able to command whole armies with a single sweep of his broadsword, but sound like a bloke who's just turned up to deliver a fridge, Sean's your man. 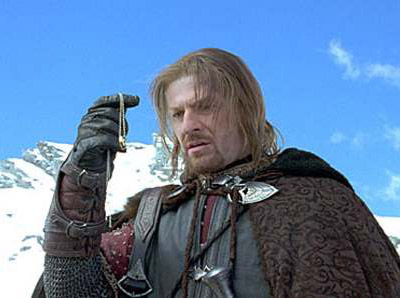 2. It's about swords and magic and shit

Sorry, but as soon as somebody says 'Guards! Seize him!' or 'Sire, I bring news. There is great celebration in Cawdor, for the mighty ogre which didst once besiege them is slain', I come out in a rash.

I like realism, damnit. (*glances at DVD collection*) What? Spider-Man 2 could happen.

I could substitute more or less any 'abstract noun of concrete noun' combination for the title and it would sound equally mystical and other-worldly. 'War of Dungeons'. 'Valour of Amulets'. 'Realm of Marzipan'. 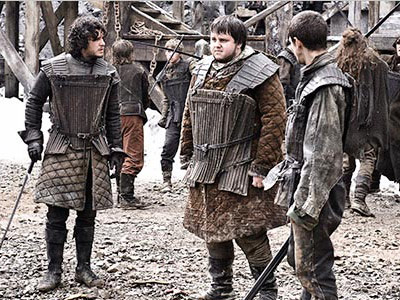 "Why Emdor, I dost believe thou hast eaten all the pies."

Because let's face it ' HBO doesn't do that much bad telly. Tim Van Patten and Alan Taylor have directed episodes, and they've got The Sopranos, Mad Men, The Pacific and The Wire plastered all over their CVs. The books it's based on have sold like a gazillion copies. Lena Headey, Peter Dinklage and Aidan Gillen have all got major roles in it. Pretty much every review says it's great.

And if I end up liking it, what does that say about me?

More:  Game Of Thrones  Sean Bean  HBO  Sky Atlantic
Follow us on Twitter @The_Shiznit for more fun features, film reviews and occasional commentary on what the best type of crisps are.
We are using Patreon to cover our hosting fees. So please consider chucking a few digital pennies our way by clicking on this link. Thanks!