Friends: The One Where it's not actually on any more


You know pillar boxes? And how you never really notice they're there because you don't use them all that much any more, because you never write letters and anyway, you already used them all every night at 6pm for most of the late 90s? But if someone suddenly took them away ... you see where I'm going with this, right? 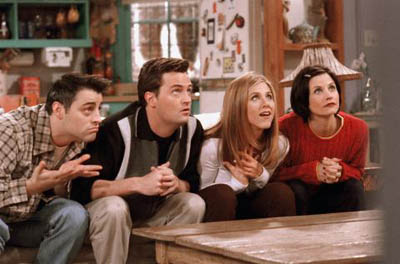 Don't bother mounting your TV a bit higher on the wall. It still won't be on.

Friends was never the funniest show on TV - it was always a pretty 'safe' comedy and it never pushed any boundaries. But it was scripted to include ten seasons of set-ups that never slipped into contrivance, it had the best ensemble cast of comic actors I can think of, and you know what? Watching it just makes you happy. This last point - the feel-good factor, if you really must - is why its repeats have continued to get viewing figures of around 800,000 per episode on E4 ever since the show itself ended.

I've always thought that UK audiences probably experience Friends in a different way to US ones. Channel 4 and especially E4's scattergun chronology in showing episodes never left me sure as to what season I was watching, and I couldn't tell you which seasons were the best or worst overall. But it didn't much matter: the sheer volume shown brought familiarity with the stories and character arcs, and I can anchor myself immediately in the timeframe just by looking at the characters' clothes and hair. 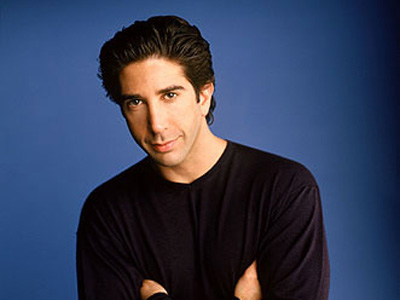 For example, one look at this swept-back bouffant and I know it's Ross's annoying post-Emily phase when they made him far too geeky.

The show used as its jumping-off point the structure on which most romantic comedy films have been based since the 80s: the main character has a circle of friends with whom he or she discusses attempts at dating, with much comic mileage being made out of disastrous ones. The difference here was that there was no main character, and the circle of friends were all as neurotic as each other.

This no-hierarchy approach to ensemble casting meant that Friends needed to use unknowns - pretty much unheard of these days, when everything's a star vehicle - and it's a gamble that paid off spectacularly well, with six regulars all more than capable of holding their own and never being sidelined. American TV comedy has always been focus-grouped and audience-tested to within an inch of its life, and any sign of viewers getting fed up with a character can lead to their role being reduced, axed or even replaced by Ashton Kutcher. The Friends cast were all as strong as each other and they knew it, eventually forming their own union to demand huge salaries.

In particular - and again, rarely - Friends had great roles for women and great female comedy actors playing them. These days a female comedian getting her own show will be expected to carry it and the results are mainly disastrous - no matter how good people want Miranda to be, it's just awful - but in Friends none got more screen time than another. 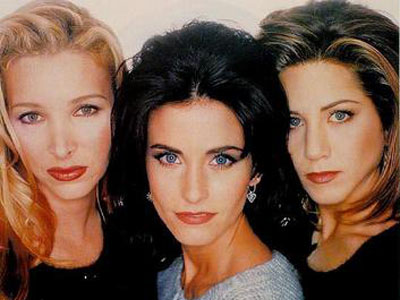 These guys were huge stars; bigger than any other TV actors have become. But since they went their separate ways, none has achieved the success anyone predicted. David Schwimmer makes films that get described as 'interesting'. Jennifer Aniston is Hollywood's go-to girl for anodyne romcoms. Matthew Perry (an actual flat-out fantastic actor: watch him in The West Wing or Studio 60 on the Sunset Strip, bafflingly cancelled after one season) was the creative force and star of Mr Sunshine, which only managed to run for three months on ABC. Courtney Cox had a run on Scrubs and appeared in the Scream films. Matt LeBlanc did nothing of note until sending himself up very ably in Episodes earlier this year. Lisa Kudrow ... I mean, who knows?

It's Lennon and McCartney syndrome. Together they did something special. Apart, none of them can manage to recreate it. 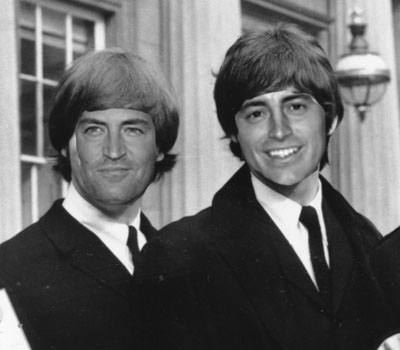 Life is very short, and there's no time for fussball and fighting, my friend.

Friends leaves a coffee-cup-shaped hole in the daily UK TV schedule that's going to be hard to fill. What other show could have got away with such ubiquity in repeat scheduling without grating on the nerves? Channel 4 has lined up some new US comedies in the E4 slots, and can pour in as much Big Bang Theory and How I Met Your Mother as it likes to fill the cracks, but the familiarity is something that can't be replaced overnight. The 6-8pm slot serves a casual audience, not an avid one, and there's no ready substitute for a show you can turn on, recognise immediately that it's the one where they play touch football on Thanksgiving, and let it wash over you like so much warm, comforting ... er ... milk?

I say Friends will be greatly missed. You didn't notice it while it was there, but once it's gone ... I made this point already, right? It's like pillar boxes. If pillar boxes had actually been picked up by Comedy Central and therefore would carry on being available to Sky subscribers.

More:  Friends  Matt LeBlanc  Matthew Perry  David Schwimmer  Jennifer Aniston  Courteney Cox  Lisa Kudrow  E4  Channel 4
Follow us on Twitter @The_Shiznit for more fun features, film reviews and occasional commentary on what the best type of crisps are.
We are using Patreon to cover our hosting fees. So please consider chucking a few digital pennies our way by clicking on this link. Thanks!