Will Beall, the man tasked with writing Warner Bros' and DC Comics' much-heralded Justice League movie, is starting to get a little hot under the collar about the superhero ensemble screenplay he has yet to deliver. "FUCK. I am so FUCKED," he told us. "FUCK."


With the billion-dollar success of Marvel's Avengers movie – itself the culmination of four successful standalone superhero sagas – DC Comics decided to revive their own comic-book ensemble, the Justice League, which was canned in 2008. The movie, which must bring together Batman, Superman, Wonder Woman, Green Lantern and The Flash among others, is currently scheduled for release in 2015 and will kickstart a new age of DC character movies. Beall is feeling the pressure.

"Seriously, this thing is impossible to write," Beall tells us, the writer agitatedly biting his nails. "Wish I'd never fucking volunteered."

Whereas The Avengers felt like less of a gamble for Marvel after Iron Man, Hulk, Captain America and Thor were all financially successful at the box-office, Justice League is putting the ensemble movie upfront and hoping to use it as a platform to launch standalone franchises for all the characters involved. Billions of dollars rely on Beall's script delivering the goods.

"So I'm sitting at my laptop this morning, still staring at a blank page, and I get an email from that asshole Jeff Robinov at Warner Bros, telling me in the most casual, offhand way possible, that 'Oh, by the way, your Justice League movie also has to reboot Batman for us,'" Beall murmurs. "The Dark Knight Rises made a billion dollars and isn't even out of the goddamn CINEMAS yet but they want me to reboot it on top of everything else. I… I… I just don't know… How? HOW? Seriously. Tell me." 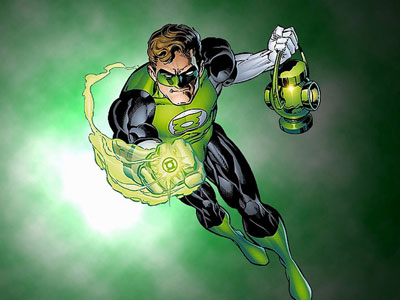 
At this point, Beall began openly sobbing and began banging his head against his desk. We give him a moment to compose himself before asking him: what are the challenges involved in writing the Justice League movie? His eyes widen immediately.

"What are the challenges? The fucking CHALLENGES? Okay, so you've got ONE movie that features ALL the decent characters DC ever wrote, right? You've got super-serious Batman and camp Superman in the same room, which means the tone is all over the place, plus the fact that Green Lantern is already a bust, so I have to make amends for that. Oh, and there's a reason Wonder Woman doesn't have her own movie yet. That's before you even start to factor in whether or not Man Of Steel is canon, because, oh yeah, not even Warner Bros know that yet. It's cool guys, I'll just write TWO versions of the fucking script and hope you make your minds up soon. JESUS."

Looking at Beall's script, it's obvious the pressure is taking its toll. The screenplay as of yet only consists of a title, some meagre stage direction ("THE JUSTICE LEAGUE are assembled in their clubhouse headquarters. Some music is playing") and the following notes:

"
"
- BATMAN??????
- SUPERMAN still waiting on Zach [sic] Snyder to call
- WONDER WOMAN ditch lasso and invisible jet, keep hotpants
- GREEN LANTERN kill as soon as poss
- STORY??? Aliens or something? Friendship etc.
- Last line: "Justice League... assemble!" Possible copyright issue?
When we asked Beall whether or not he has decided on a villain for the movie, he snapped and threw an ashtray at us.

More:  Justice League  Batman  Superman  Green Lantern  Wonder Woman  DUH SATIRE
Follow us on Twitter @The_Shiznit for more fun features, film reviews and occasional commentary on what the best type of crisps are.
We are using Patreon to cover our hosting fees. So please consider chucking a few digital pennies our way by clicking on this link. Thanks!