I am hereby positioning myself as the UK's premier Jurassic Parkologist

Members of the UK film industry! Are you looking for someone to comment on the 3D re-release of Jurassic Park this autumn? Do you need a talking head to wax lyrical on why Jurassic Park IV is the most exciting prospect of 2014? Do you need a podcast guest who really, really loves dinosaur movies? I'm that guy!


Rather than put out a Gorkana alert, I thought I'd just set out my stall here on my own territory and say it for all to see: I'm staking my claim as the UK's premier Jurassic Parkologist. I am available for interviews on all media platforms. I am a font of Jurassic Park knowledge. I am broadcast trained and know my Brachiosaurus from my Dilophosaurus. Call me! My phone is dinosaur-shaped and my ringtone is the Jurassic Park theme! 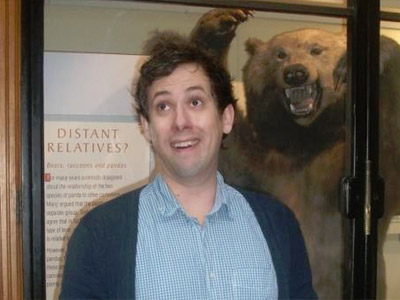 
Press note: Jurassic Park 3D is in UK cinemas on August 23rd, 2013. Jurassic Park IV is scheduled for release on June 13th, 2014. Ali Gray is not doing anything in either of these years and is available for interview.

Any questions? Please refer to the Q&A below. (I wrote it in the third person to make me seem more important.)


What are Ali Gray's qualifications?
He's only seen Jurassic Park, like, seventeen times. And he really likes it. Once, he watched it twice in a week. Unlike most amateur, dangerously uninformed Jurassic Parkologists, Ali Gray has also read the book on which the film is based (Jurassic Park, by Michael Crichton). He quite liked that too, except for the lack of pictures.

What has Ali Gray achieved in the field of Jurassic Parkology?
You mean apart from watching it seventeen times? And the sequels a bunch of times too? Well, he once wrote a well-received 'Making of' feature on Jurassic Park for a UK film magazine, interviewed special effects wizard Stan Winston, hosted 'Jurassic Park Week' on his own website, and successfully engaged in delightful Twitter banter with star Sam Neill. He also owns the Blu-ray boxset.

What is Ali Gray's proudest achievement?
Photoshopping this picture around the time the Jurassic Park Blu-rays were announced and convincing several people over Twitter it was real. 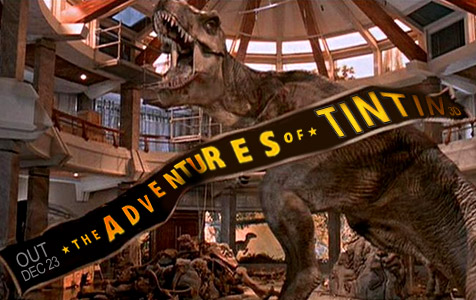 When is Ali Gray planning on watching the trilogy again?
Probably in the next week or so.

What can Ali Gray bring to your programming?
Ali Gray is media trained, camera literate and super punctual. For example, he once accidentally turned up to a social event 25 hours early. Should your programming require Ali Gray to be on camera, he owns his own Alan Grant-style hat and a Jurassic Park laminate pass that could pass for movie quality. He is enthusiastic about all things Jurassic Park, except for Jurassic Park 3, which he thinks is okay. He no longer has a dribbling problem and has learned to curb the edgier elements of his racism.

Is this his kid? 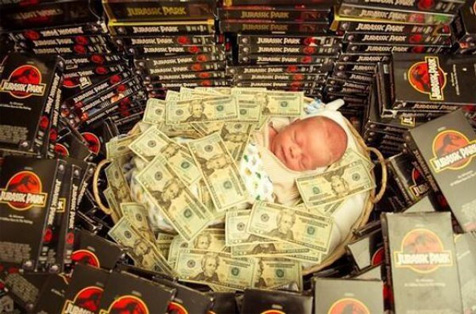 How would Ali Gray sum up the first Jurassic Park movie?
Well, if he was being serious, he'd say it's a technological marvel that marries truly revolutionary special and practical effects with trademark Spielberg seat-of-your-pants storytelling. He'd say it's aged incredibly well, unlike other special effects-based blockbusters of the era, while the assembled cast is an inspired collection of character actors who elevate David Koepp's adaptation of Michael Crichton's source material. He'd probably say it's the last truly great monster movie Hollywood ever produced. If he was mucking about, he'd probably call it a "dino-mite thrill ride". Depends on the gig.

Wait, is this article actually serious? I thought it was a joke.
Um, no comment. (*cough*)

More:  Jurassic Park
Follow us on Twitter @The_Shiznit for more fun features, film reviews and occasional commentary on what the best type of crisps are.
We are using Patreon to cover our hosting fees. So please consider chucking a few digital pennies our way by clicking on this link. Thanks!