Important investigation: what would Henry Cavill's Superman look like with a moustache?

In the true spirit of investigative journalism, we recently learned that Henry Cavill will be sporting a moustache during his Justice League reshoots, so we set to work imagining what such a thing would look like. Screw you, Failing New York Times, that Pulitzer is mine.


In one of those uniquely insane and typically Hollywood moments, Henry Cavill has found himself in a situation unlike any other: his facial hair could end up costing Warner Bros millions of dollars. I'll let this excerpt from Variety do the talking.

Brilliant. This is easily the most ridiculous thing that's had to be altered in post-production since that time Paramount had to digitally add trousers to Ray Winstone in the Indiana Jones trailer. Imagine the poor visual artist lumbered with moustache duty. "I got a job working on the SFX on Justice League!" he'll excitedly tell his friends, but he'll never tell them he's restricted to lip and philtrum work only. Still, rather than that being the guy who has to digitally reduce Cavill's crotch bulge. It's a shit business.

All of this means, of course, that Cavill will have to film scenes as Superman while his co-stars desperately try to pretend he's not rocking a lip wig. It's fascinating to me how a costume as powerful and intimidating as Superman's outfit is rendered instantly ridiculous by simply adding a moustache. The set photos are going to be all-timers.

There is hope. Concept art from Avengers: Infinity War showed Captain America with a dad beard, proving that facial hair doesn't have to impede superpowers. With that in mind, we asked the following extremely important question: what kind of moustache will Superman be sporting? We've run some algorithms through our internet computer and it gave us the most likely results. It's clever, our computer, but also quite childish.
The Sam Elliot 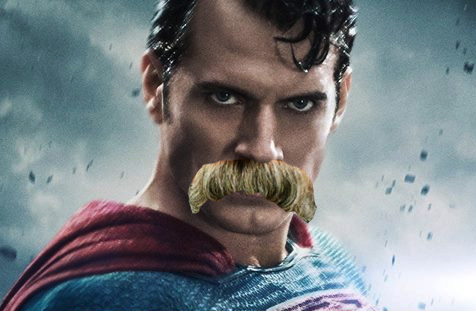 Go big or go home. Cavill would do well to cultivate a full-on Sam Elliot cookie duster: the kind cattle respond to. Sure, it might muffle every word of his dialogue... but let's not pretend that'll be a bad thing.
The Bronson aka The Captain Hook 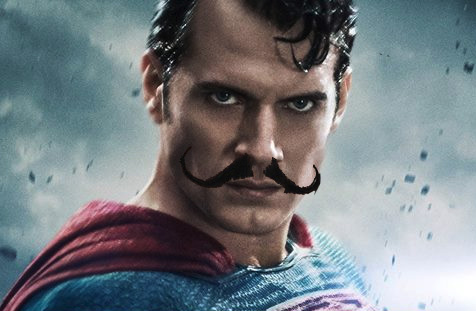 Upside: a man with the Bronson, also known as the Captain Hook, is a man who cares for his facial hair. Downside: it's a bit Snidey Whiplash. No good guys wear this moustache. You could have the Dalai Lama rush into a burning hospital to rescue sick kids, and if he came out with this on his face, you'd be all, 'What's this guy up to?'
The Hitler 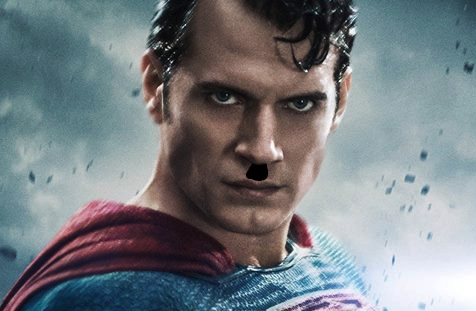 Everyone knows you don't start with the Hitler, because that leaves no place to go. No, you do the Wolverine mutton chops first, then you gradually shave away sections of the moustache to reveal ever-funnier variants therein, culminating in a spectacular and minimalist Hitler which may or may not offend Barbara from Accounts, in which case you can claim it's "meant to be Charlie Chaplin".
The Rotter aka The Mortdecai 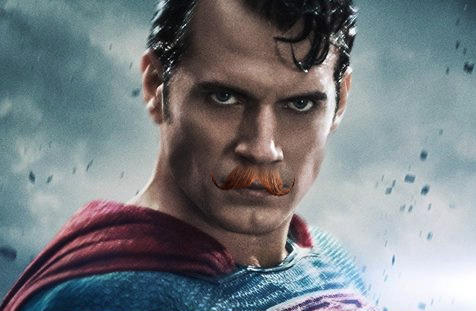 A more refined version of the Bronson, the Rotter is a look that says 'I might not kill you, but there's a ruddy good chance I'll steal your wife'. And let's face it, Superman hasn't exactly been well behaved in the DC movies so far. Superman as a cad is a direction I will follow.
The Tony Stark 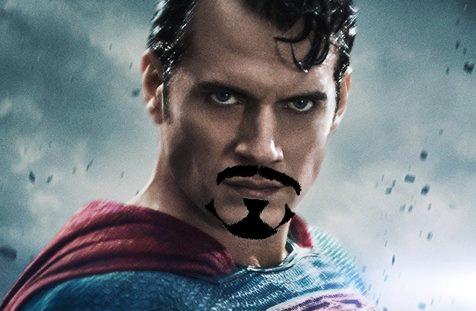 You're trying too hard, Cavill.
The Full Dali 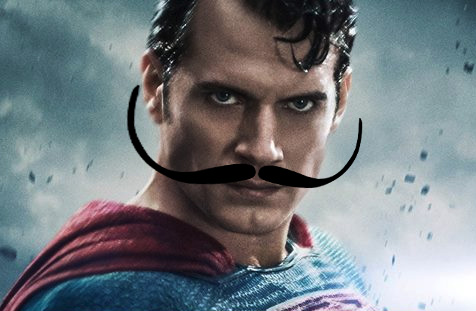 Fuck it, embrace the weirdness. It's all going to be digitally removed anyway, you might as well make the graphics artists earn their money. The Full Dali won't fail to entertain everyone who ogles it, although I wouldn't recommend it if any of the reshoots involve Cavill kissing co-star Amy Adams. You don't want to put the poor girl's eye out.
The Yosemite Sam 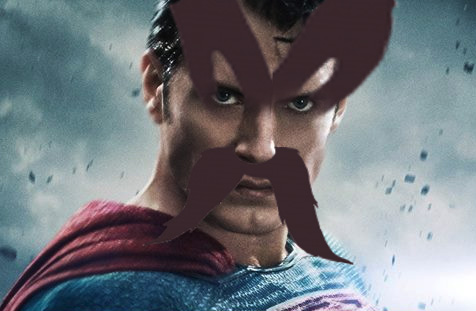 "Mr Cavill, this is clearly not the moustache you grew for Mission: Impossible 6. We've spoken to Christopher McQuarrie and he says this is the first he'd heard of such a style. Please remove the excessive facial hair and return to the set at 6am tomorrow morning or face further reprimand."
The O Brother 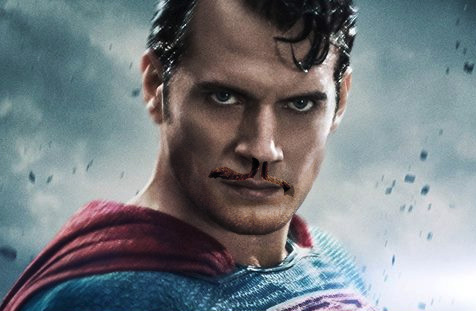 Not everyone can pull off the ol' Ulysses Everett McGill, known as the O Brother in the deep south. It takes a special kind of swarthy to pull it off, which is why we've added some stubble and stank to the image above. It's not likely, but it is possible. Remember: Ben Affleck was cast as Batman.
The Kip Dynamite 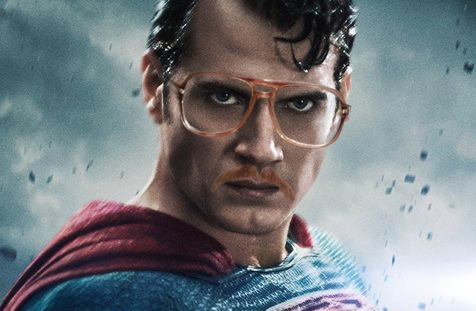 The wispiness and hint of ginger set this 'tache apart from other pretenders, but there's one potential hitch: to really set it off, the lip-warmer has to be accompanied with glasses. Suddenly, everyone is all 'Superman will save us, he- hey, when did Clark Kent grow a shitty moustache?'
The Groucho 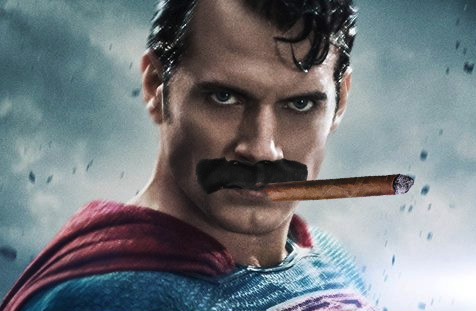 Lean into it with a cigar and a comedy waggle. Fucken movie is going to suck anyways.
The Clark Gable 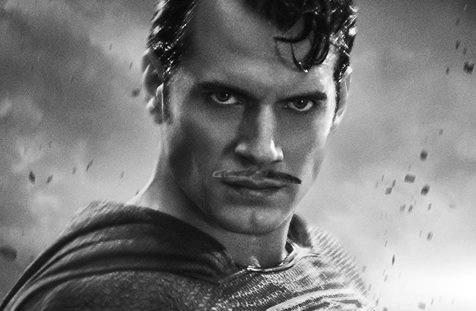 Who's this Golden Age stunner? Strange things happen when you take the Kip Dynamite and you make it black and white - you get the Clark Gable and suddenly all the hussies in Metropolis totally want you to bend them over your knee. Honestly, the DC movies are so desaturated already I wouldn't be surprised if Justice League was monochrome.
The Michael Cera aka The Work-In-Progress 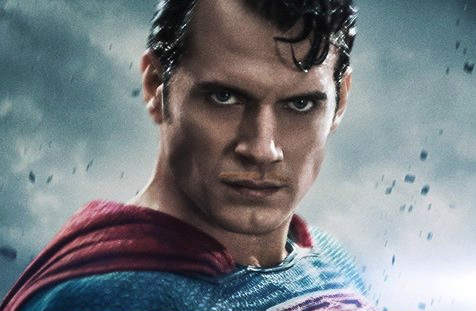 We've all been there: it's the moustache that says 'I'm trying!' Give it a few more weeks to develop thickness and Superman could end up with a salvageable moustache on his hands (or, more accurately, his face). But in the short term, wearing The Michael Cera doesn't really project masculinity or responsibility - it has more of a 'driving a questionable van' quality about it.
Le Travolta 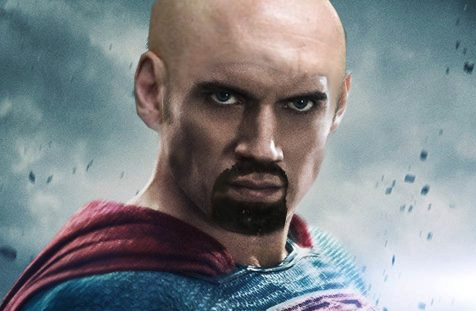 Adopted from the frankly underrated 'bald head and chin strap' look as worn by John Travolta in From Paris With Love, Superman might struggle to project authority with this on his face. But if he's looking to score column inches in The Daily Planet with his new look, going with Le Travolta might be a savvy move. Shave head for maximum 'How was this allowed?' weirdness.
The Hogan Special 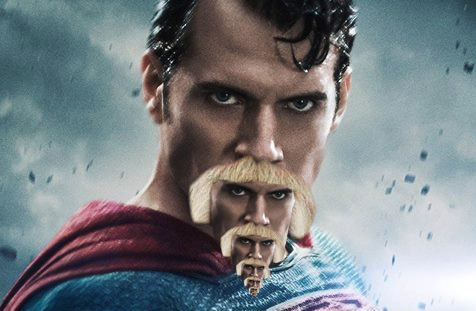 A bit extreme perhaps, and this would require Henry Cavill applying some peroxide bleach for the desired effect, but hot damn, walk into Justice League headquarters rocking this bad boy and you'll find Batman is giving you way less shit than usual.
The Freddie Mercury aka The Queenie 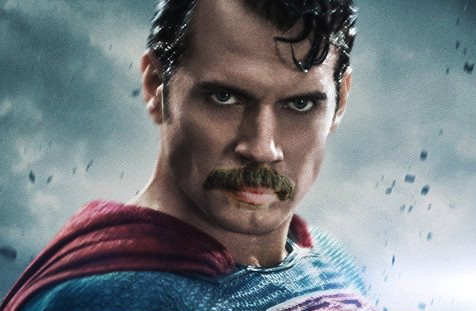 Given set pictures from Mission: Impossible 6, this is probably the most likely candidate, although granted we have pursed Cavill's lips slightly in this photo for the full effect. Rumour has it Batman will tell Superman he has gum on his shoe, then when Superman bends his leg to inspect the sole of his boot, Batman will say "Ooh, hello sailor!" and Aquaman and Cyborg will totally start cracking up.

More:  Superman  Justice League  Henry Cavill  Moustaches  DC
Follow us on Twitter @The_Shiznit for more fun features, film reviews and occasional commentary on what the best type of crisps are.
We are using Patreon to cover our hosting fees. So please consider chucking a few digital pennies our way by clicking on this link. Thanks!