In defence of Shia LaBeouf

Nobody's favourite teen star Shia LaBeouf has been getting some stick lately, particularly from Harrison Ford, who called him a "fucking idiot" for ragging on Indiana Jones. Playing devil's advocate for a second, allow me to step up as LaBeouf's defence. Would the court please refrain from throwing rotten fruit until the summary.


Shia LaBeouf, it's fair to say, is not very popular. He quickly became synonymous with ruining movies, thanks largely to appearances in well-loved franchises like the Transformers and Indiana Jones series. For moviegoers of a certain age, he came to represent Hollywood's betrayal and vandalisation of their beloved childhood memories. At a glance, it's easy to agree with them.

But much of the hate levelled at LaBeouf is unwarranted. This week, Harrison Ford revealed in an interview with Details magazine that he called the young actor a "fucking idiot" for daring to voice his unhappiness with certain aspects of Indiana Jones And The Kingdom Of The Crystal Skull.

LaBeouf, 25, has made a habit of being overly forthright about his movies after their release. So far in his short career, he's already made disparaging remarks about Transformers: Revenge Of The Fallen (although he's not the only one; Michael Bay has been equally vocal) and said the following of the fourth Indiana Jones movie:

"
"
"I feel like I dropped the ball on the legacy that people loved and cherished. You get to monkey-swinging and things like that and you can blame it on the writer and you can blame it on Steven Spielberg, who directed. But the actor's job is to make it come alive and make it work, and I couldn't do it. So that's my fault. Simple."
Notice how easily LaBeouf's apparently damning quote was taken out of context. Essentially, he's blaming himself for the film's shortcomings, albeit in a roundabout sort of way.

(I'll also point out that Harrison Ford rarely even does interviews to promote his new movies, and when he does, he's infamously tight-lipped and grumpy. The only exception is when he appeared drunk on Conan O'Brien's talk show and admitted he was returning to do Indiana Jones 5 for the money. Real classy, Harrison).
LaBeouf's problem is that he is over-eager to please interviewers and is honest to a fault. Honesty, as you may have ascertained by the responses to his comments, is a rare commodity in Hollywood. All LaBeouf is guilty of in making these rash statements is being on the level with audiences. 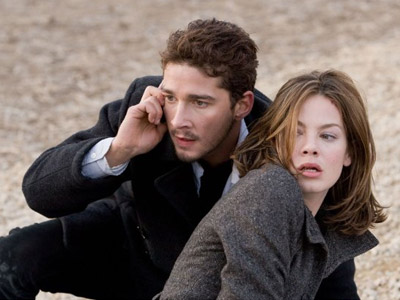 
No one, save for Indiana Jones himself, would argue with his comments on Kingdom Of The Crystal Skull – the scene he mentions sucked, and his opinions on the Transformers sequel are bang on. Is he wrong? Of course not. He's just got the balls to stand up and say it. And that terrifies the box-tickers and bean-counters of Hollywood. "Say anything you want, as long as it doesn't jeopardise our opening weekend!"

Hell, it's not like he even started trash-talking while the movies were still on release – he at least waited until they'd faded from memory a little (or until they'd had their full run at the box-office, depending on how cynical you're feeling).

Just last year, Matthew Goode called Leap Year, the Amy Adams romcom he co-starred in, "turgid" and "one of the worst films of the year". We all chuckled and said 'right on', perhaps because Goode holds slightly more stock than a young actor like Shia LaBeouf, and perhaps because Leap Year was one of the worst films of the year. One difference, though – Goode's comments were made a few days before the movie had even opened. Accurate statement or not, that's a fucking idiot talking.

There's general feeling that Shia LaBeouf hasn't earned his position in Hollywood; that he came out of nowhere to star in headline franchises that were popular before he was even born. Who is this kid who thinks he can play Indy Jr? Who's this schmuck sucking up to Gordon Gekko? By 2008, even The Sun were getting their punches in, claiming – entirely falsely, obviously – that LaBeouf was to play Robin in the new Batman movie. Even to a paper written for 8 year-olds, he was a punchline. Being Steven Spielberg's new pet may not have been quite the golden charm that LaBeouf originally thought it was. 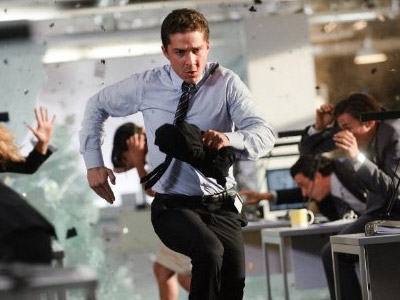 
But put yourself in his shoes. He's a moderately talented guy, certainly gifted at playing a jittery, gawky, 'normal' kid, as evidenced in the first Transformers (back when he was still an unknown) and as 'the boy next door' in Disturbia (which made four times its $20 million budget). Opportunities like his certainly don't come along to every young buck in Hollywood. Who wouldn't jump at the chance to play Indiana Jones Jr, or to play opposite a giant metal alien truck with flames on his decals?


You can dislike Shia LaBeouf's acting, but you can't hate him for taking the parts, and you shouldn't hate him for speaking his mind afterwards. Do we really want a film industry where no one is willing to tell it like it is? LaBeouf's comments might have ruffled a few feathers, but they were pretty harmless in the grand scheme of things. Indy 4 and Transformers: ROTF made $1.6 billion combined, by the way. LaBeouf's comments didn't make a dent. Would we rather he pretended they were great?

The guy still has a lot to learn about showbusiness, that's for sure. It doesn't help that he seems to lack the kind of charm and personality that serves other off-screen rogues quite so well. It's hard to sympathise too much with an actor who admits to hooking up with Megan Fox while she was possibly still with her boyfriend (again, there is such a thing as being too honest), and a rap sheet of small and twatty crimes – including unlawful smoking and refusal to leave a chemist's – don't exactly scream 'bad boy'. The kid simply tries too hard. 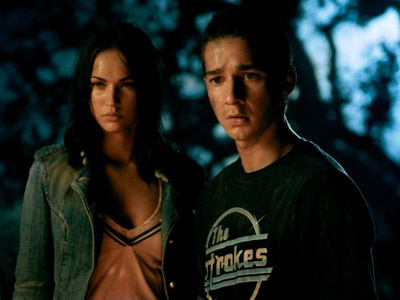 
He's yet to prove himself on screen and he's yet to truly own a role – maybe that'll take the heat off him. He's had every privilege afforded to him so far, but the choices he's been offered have seen him become a blockbuster actor almost overnight, with few interesting roles on his CV – mostly, he just reacts to CGI. For some reason, that inspires ire.

But Shia LaBeouf's time will come. He'll mature and learn how to handle the media. He'll learn how to keep his mouth shut when required. He'll find the right role eventually. Maybe he'll even shave off that stupid bumfluff moustache. Maybe then, when he's done all of those things, he won't need to make excuses any more.

More:  Shia LaBeouf  Transformers  Indiana Jones  Harrison Ford
Follow us on Twitter @The_Shiznit for more fun features, film reviews and occasional commentary on what the best type of crisps are.
We are using Patreon to cover our hosting fees. So please consider chucking a few digital pennies our way by clicking on this link. Thanks!