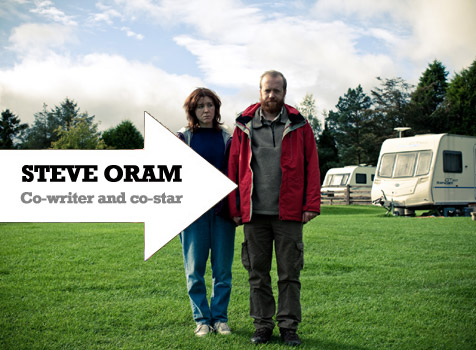 : Hi Steve. We loved Sightseers. We gave it a five-star review, we were mentioned on the poster and it featured very highly in our Top Films of 2012 list. Were you surprised by the positive reaction from us?

Steve Oram: [laughs] Well, we were fairly confident that it was good because it kinda went really well at Cannes and that set the bar for all the subsequent reaction. It's surprising in that, in some ways, you never know how people will respond to it and film is obviously a very subjective thing and we were total underdogs and no one knew who we were. But at the same time we were quietly confident that what we had done was good.

: I understand it took a while to get the film off the ground?

SO: Six years, yeah! So, from getting the original commission from Film4 to write the script - which was in 2006, and we had been working on it the year before that - it was six years before it got made. So it was a long slog but a real labour of love for us.

: Six years though… did you ever want to just give up on it?

SO: Well, I guess we knew that the characters were great and that it was a good story. And everybody kept saying to us that it was a good idea so we just kinda stuck with it. But if it had all fallen through, we would have still made the film with whatever money we could find in our pockets and just done it ourselves.

: What was the best sight that you saw while making Sightseers?

SO: I love them all! I'm a big fan of Crich Tramway Museum - I think that was my favourite and I hope more people visit it. It's run by volunteers and it's an amazing place with lovingly restored trams in a working environment. It's really splendid and everyone should go.

: Were there any places you wanted to visit in the film but couldn't get permission?

SO: Well we originally wanted the Castlerigg standing stones, which are owned by the National Trust and it was a bit problematic with them. But we ended up getting an even better standing stones very close by, which was called Long Meg And Her Daughter and actually it worked out for the better. Everyone else was delighted to be involved because, well no one has ever filmed at the Pencil Museum before, I don't think! Not a feature film anyway. So maybe that will start something for them...

: Have you been back to the Pencil Museum? Surely it has a plaque saying “As featured in the film Sightseers” now?

SO: Well, I don't know. I hope so! I read on a website somewhere that they had all been on a staff day out to watch the film and I read comments from the people who worked there saying that they generally loved it and thought it was hilarious that we used their Pencil Museum. 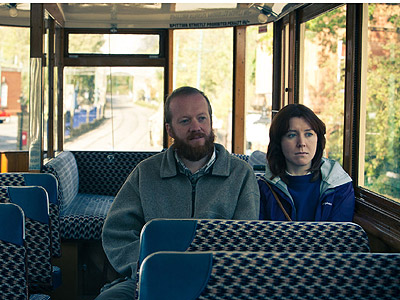 : Were you always a keen caravanner? Is that your preferred choice of holiday?

SO: Not so much caravanning but camping definitely. I used to go a lot as a kid with my dad and we would go sightseeing and that was my childhood. And it's the same for Alice [Lowe – the other half of Sightseers] as well. Sitting in car parks with the rain pissing down and going to visit castles - I have a huge affection for all of that and hopefully that comes across in the film. We never wanted to take the piss out of anyone, it was more a celebration of it really.

: Your character Chris' tipping off point into committing murder in the film is seeing someone litter. Is your reaction to litterers much the same?

SO: Ha - well, yeah! I wouldn't say I share all of Chris' proclivities but yeah, you shouldn't drop litter in Crich Tramway Museum. Any sane man knows that…

: That can't still be a problem now, can it? Surely they have a picture from the film up on a wall somewhere saying “If you litter, THIS will happen to you”?

SO: [laughs... and continues, ignoring my lame joke] But for Chris obviously it's just an excuse for him to kill people and later on, when a dog does a shit by the stone circle and Alice refuses to pick it up, he has a problem with the guy bullying her about it and its just hypocritical. He doesn't have a particular moral compass, it's all just rage.

: How important was Chris' beard to the overall look of a rage-filled killer?

SO: I like the beard. I think it makes Chris look a bit more primal. He's not the sort of guy who spends any time on his appearance. I think it helps with his overall costume really, when you're in the forest or the woods and he's coming at you with a rock, I think it adds a bit more horror, a bit more animalistic terror.

: Have you seen the IMDB trivia page for Sightseers? It’s terrible. It basically has three facts about the locations – the kind of thing that a tour guide would reel out – and nothing about the film. So do you have any interesting trivia about filming that I can submit to IMDB to help out?

SO: [laughs] Well, my dad designing the route is a good one because he doesn't get any mention on the credits or anything. He gets a ‘thank you’ and that's it. We did a research trip in 2007 when we were writing the film and my dad designed the route which ended up being the route that we used in the final film pretty much.

: All he got was a ‘thank you’? No payment for his hard work?

SO: I tried my best! But I guess they thought it would have been treading on the toes of the location manager. Which I can understand. But yes, if that fact can end up in IMDB, that will help. [It has been submitted… -Ed] 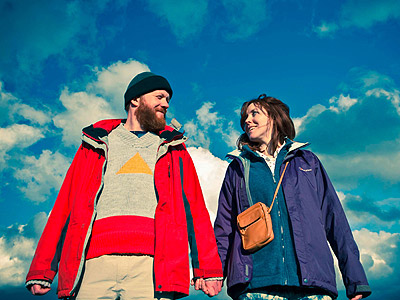 : What’s next for you? Do you have any other film ideas or scripts that you are working on?

SO: I've written a few more feature scripts which I'm trying to get made at the moment. One's about a very bad hitman who has no ability for it but he does it for money and he heads off with his mentally retarded brother to go kill a man in Shrewsbury. It's all very low-key and horrible. It's a disaster movie, really, but also a touching story about his relationship with his brother. So hopefully that will happen one day.

: Do you have any plans to work with Alice Lowe again?

SO: Of course. I'd absolutely love to and hopefully that will happen. It's just a question of timing and getting together but hopefully we'll get together and do something later in the year. Sightseers 2 maybe...

: And what about Smurf, who played dog Banjo in the film? Any plans to work with him again?

SO: Well he doesn't return my calls but I ran into him a couple of premieres. He's an award-winning dog of course - he won The Palm Dog and deserves every accolade he gets because he was very good.

: Thanks for your time, Steve. Good luck with the DVD and Blu-ray release – we’ll be telling everyone to buy it!

SO: Oh, thanks very much. That would be great. Bye!
Sightseers is released on DVD and Blu-ray in the UK on Monday 25th March. That means it's available NOW. If you haven't got the message yet, BUY IT. Just buy it.

More:  Sightseers  Steve Oram  Alice Lowe  Ben Wheatley  Interview
Follow us on Twitter @The_Shiznit for more fun features, film reviews and occasional commentary on what the best type of crisps are.
We are using Patreon to cover our hosting fees. So please consider chucking a few digital pennies our way by clicking on this link. Thanks!