Just when you thought you had seen the back of Jurassic Park Week, the whole trilogy gets a special anniversary re-release on DVD (pffft) and Blu-ray (whoop!). To mark the occasion, I had the pleasure of speaking to Ariana Richards, who played young boffin Lex Murphy in the film. JURASSIC PARK WEEK CONTINUES. 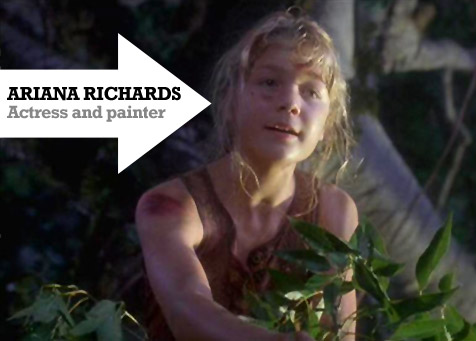 : How does it feel to be revisiting Jurassic Park, 20 years on?

Ariana Richards: I have to say, it's amazing that I haven't got tired of talking about it after all these years. In fact, I can’t believe how long it’s been. I have a lot of rich memories.

: Why do you think the film's popularity has endured for so long?

AR: Steven tapped into something that’s in so many people – this desire to step back in time and experience a world filled with creatures, like dinosaurs. And as a young person, for me filming it, it's really quite wondrous because as a child, you have less of the concerns than you have as an adult and more of the wonder and wide-eyed quality. So as a child filming it, and for young people watching it, it has even more of an impact.

AR: He was so enthusiastic. Even though I was 12 when we started and I turned 13 during filming, I was always struck by the fact that Steven was so available to talk to and he would often approach me and Joey [Mazzello, who played li'l Tim] to ask us questions about what we think of the scene and really allowed us to bring so much of ourselves to the role. And when we got a scene just the way he wanted, Steven would leap up and wrap us up in a big hug. That's such an incredible experience for a young actor and I didn't even mind that I was covered in mud and there were rain machines and wind machines blowing on me! 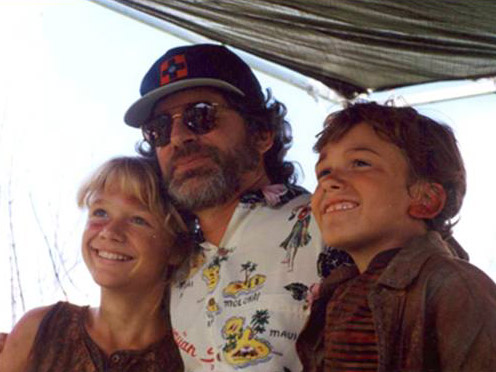 : When you look back over the experience, what memories stick out the most?

AR: One of the memories I think about most is when we were filming the scene with the T-Rex bearing down on Joey and I; one of its teeth kept having problems and the 'dinosaur dentist' had to come in and fix it. It's just the little, quirky things that would happen during filming. Like when the T-Rex was about to drag Sam Neill over the edge of the cliff and we were going down on that cable, I was screaming for Timmy and I had in my mind that we were going to continue blocking the scene but I guess everyone else thought we were going to stop when we got to the edge. I pulled Sam Neill backwards and we both fell down onto the fluffy mattress below. Steven just started laughing and my mother was staring daggers at him because she thought that I was probably hurt. I came out of it just fine but Steven laughed so hard, it was really hysterical.

: It sounds like you have a lot of fond memories of Steven himself...

AR: I do! I'd be really hard pressed to come up with unpleasant things to say about him. It's just one of those things that's pretty special and I maintain a great friendship with him.

: Which other members of the cast did you bond particularly well with?

AR: Gosh. I got a chance to work with so many actors on that film set and I do think that Sam and all the other actors are incredibly well cast in their roles. I don't know what they thought of Joey and I and our antics – we enjoyed ourselves, running around the jungle. I actually spent quite a bit of time talking to [special effects legend] Stan Winston and even Jack Horner, who was on set and is the actual person that the Sam Neill character was based on.

: Why did you feel particularly drawn to Stan Winston? Was that out of an interest in the special effects of the film?

AR: Oh yes! As a young actor, I was interested in how the models worked and Stan would show me how he manipulated these dinosaurs in such a lifelike fashion. 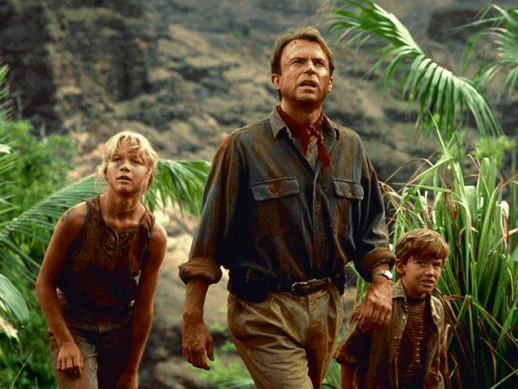 : Talking of Joe Mazzello earlier, do you still speak to him?

AR: Y'know, it’s very difficult to stay in touch with everybody, as much as you’d like to. We’re all so busy and travelling around different parts of the globe so it’s definitely challenging. But I’m sure that, with the Blu-ray coming out, it’s a good reason to get back in touch.

: With your contributions to the special features on the Blu-ray, did you get much chance to reminisce with any of the old cast and crew?

AR: It was a really good chance for me to start thinking about my memories. And some of them, I had lost perspective on what it was like to film at that point so it was a good experience to look back and reminisce.

: It looks like Jurassic Park 4 is definitely going ahead now. Have you been contacted about it at all?

AR: Jurassic Park 4 is all being kept very hush-hush right now, so I won't be giving anything away.

: So someone has been in touch with you about the film?

AR: Everybody knows that it's definitely happening but, y'know, they're keeping it all hush-hush. 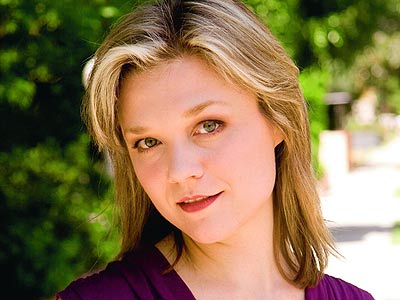 : Did you ever read the original planned script for Jurassic Park 4, in which genetically altered dinosaurs are equipped with guns and used in battle?

AR: What? I haven't heard of that. I haven't read the script [for this new Jurassic Park 4] but they're keeping it very tightly under wraps.

: One last question: do you still know your way around a UNIX system?

AR: Ooh, good question! I don't know if you're aware of it but during that scene, there were guys in another room actually manipulating the UNIX system while they were filming me pretending to do it. And at one point I asked "Would it be okay if I used the mouse myself?" and they let me, and the takes they really liked best were the ones where I was actually flying round the UNIX system myself.

: So you at least got to work it then – and maybe never again since?

AR: (*laughs*) Yeah, I really should do better at living up to the technical expertise of my character!

: That's great. Thanks so much for your time.

AR: You're most welcome!


Ariana is now a professional painter and, rather than it being just the whim of a former child actor, she actually seems really talented. Check out her website for some surprisingly brilliant work. She also painted this, which is pretty awesome: 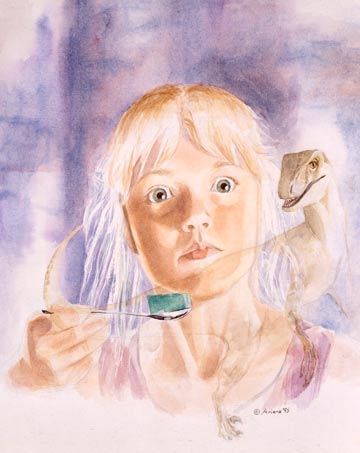 Oh yeah, the Jurassic Park trilogy is released today on DVD and Blu-ray. If our dedicated, psychotically obsessive Jurassic Park Week didn't give you enough reason to buy the damn thing, you have no soul and I don’t want to speak to you.

More:  Jurassic Park  Jurassic Park Week  Ariana Richards
Follow us on Twitter @The_Shiznit for more fun features, film reviews and occasional commentary on what the best type of crisps are.
We are using Patreon to cover our hosting fees. So please consider chucking a few digital pennies our way by clicking on this link. Thanks!