I'm being forced to embrace the disjointed madness emanating from DC Headquarters right now, because while Marvel have cracked the formula and landed on a consistent tone for their cinematic universe, DC have got nothing to lose. They're playing discordant, cinematic jazz. We're fully in 'no bad ideas' territory with this insane new Aquaman poster: it's the last day of school term and the kids are running the classroom now. They're all over the fucking shop, is essentially what I'm getting at.


At this point, dunking on DC movies isn't even fun any more - we're playing NBA Jam in two-player mode with no one holding the extra pad. I am actively willing them to succeed with their cinematic universe, because I love a good underdog story, even if the underdog in this scenario has several billion-dollar franchises under its collar. Even so. This Aquaman poster. Gaze and weep. 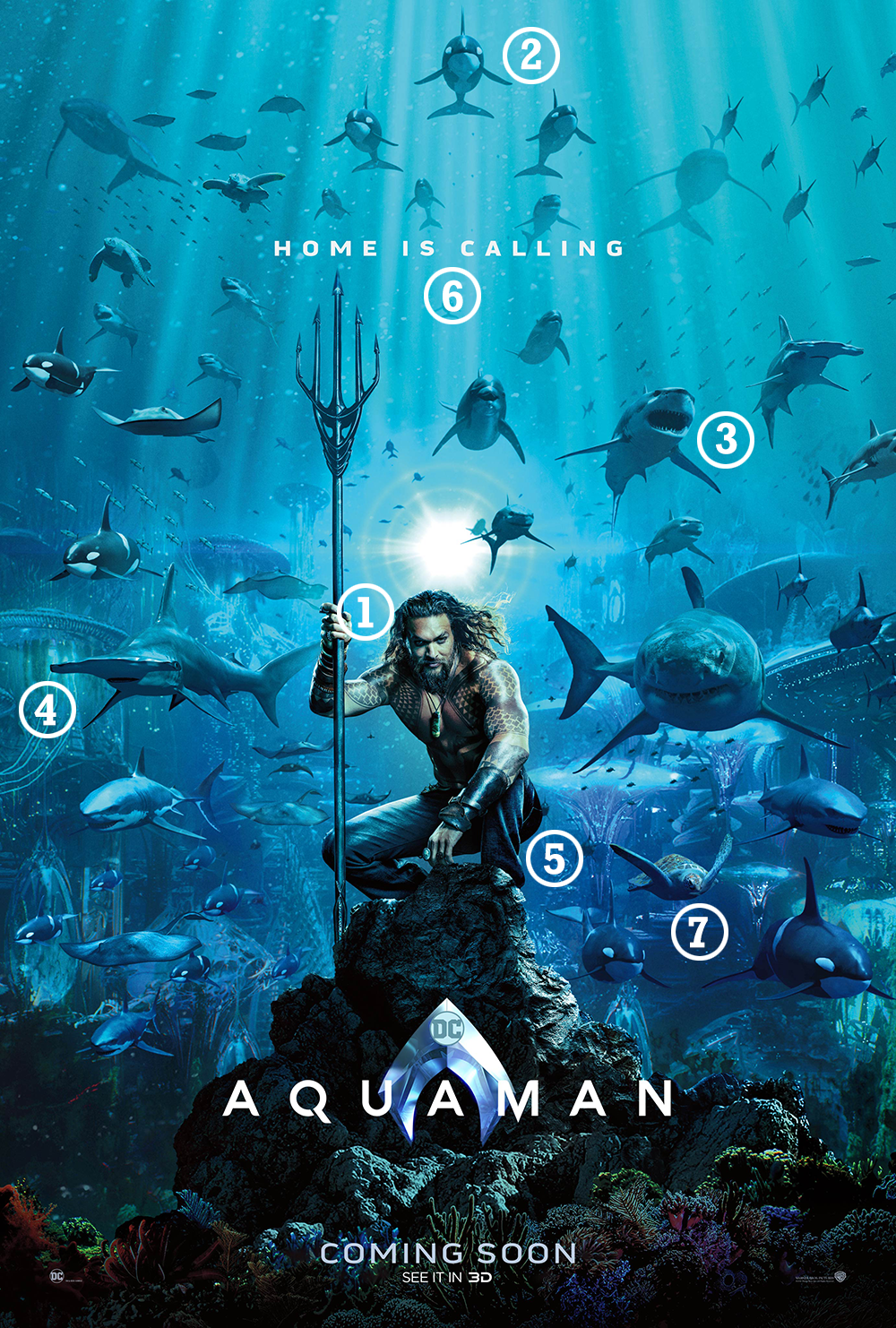 
Lots, as they say, to unpack. It's not a poster you could accuse of being too subtle. I can guarantee someone senior in the marketing department saw some less intense concepts for this picture, flew into a rage and yelled "IF WE'RE NOT FILLING THE POSTER WITH AQUATIC MAMMALS THEN WHY ARE WE EVEN MAKING AN AQUAMAN MOVIE?" at an intern.

Let's break down the seven most notable things on the poster, coveniently ignoring the other 1000 for brevity's sake.

I can't imagine leather trousers being the most suitable attire for an undersea fish lord unless he's going through a mid-life crisis. The whole ensemble - bare chest and smug expression, Starbucks barista beard, leather bracelets and hair that smells like hemp, somehow - all scream 'I am currently going through a divorce but I'm not mad, I'm actually laughing and I never wanted the kids'. He looks like a drowned magician.

Correct me if I'm wrong, but isn’t the most popular joke at Aquaman's expense that his most well-known superpower is the ability to command fish? Maybe, just maybe, it wasn't a great idea to go too overboard with the whole fish thing? They've tried to make it cooler by having the majority be sharks and Orcas and other alpha fish, but it still looks like a Finding Nemo sequel no one asked for.

This shark is thinking what we're all thinking. 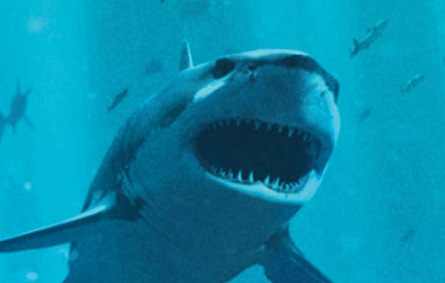 You might have missed that there's a cool looking underwater city in this poster, mainly because it's completely obscured by turtles and shit. If you ask me, the underwater base of a sub-aquatic race of demi-gods is a way cooler vibe than 'Dude, check out all my whales'.

Somehow, impossibly so, none of this looks like it is actually underwater. I can't actually figure out why. It's scientifically impossible to feature this much marine life on a poster and still not make it seem like it's under the sea. Maybe it's the pose. Can you crouch underwater? It kind of seems like you'd float ass upwards quite quickly. This entire picture looks like one of those souvenir photographs you get when you've visited an aquarium, complete with the caption "I survived the shark tank at Solihull Aquatics & Activity Centre!"

This tagline is quite poor, isn't it? Bit vague, bit nothingy. And not a fish pun in sight. Here are some alternatives. IN IT FOR THE HALIBUT. TURTLEY AWESOME. TRY THE FISH. No, those are just as bad. Don't print this. Don't listen to me.

Quick q. What are the turtles going to do? What possible use could an army of turtles be in a war for the fate of the planet? Sharks, I'll give you. Big teeth, angry boys. Whales are bringing heft. Dolphins get in on merit. But turtles? Turtles are useless because they're so delightful. The only way turtles could have any influence in a big-scale superhero conflict is if the villain needed a stark reminder of the beauty of the natural world and the damage being done to the environment - in which case, sorry turtle bros, but one of you is getting a new plastic six-pack necklace.
But obviously Aquaman will be good, though.

More:  Aquaman  DC  Superheroes  Posters  James Wan  Jason Momoa  Fish
Follow us on Twitter @The_Shiznit for more fun features, film reviews and occasional commentary on what the best type of crisps are.
We are using Patreon to cover our hosting fees. So please consider chucking a few digital pennies our way by clicking on this link. Thanks!