Look what I found on 4oD: Teachers

While rummaging round on 4oD I came across a show I used to love but had long forgotten about: Teachers.


I remember when the BBC launched iPlayer, promising it would serve as an online archive of much of its content from years gone by to which access was only ever provided if you happened to catch it on UK Gold. It's nothing of the sort, of course: you get the chance to catch up on stuff from recent weeks but little more, and if you happen to be using the version on PS3 you're lucky if it runs for more than six seconds before the little buffering wheel starts spinning.

4oD, though: they've got the right idea. The thing's crammed with good stuff you'd forgotten about or didn't see the first time round. Nathan Barley? Yep. Whole thing's on there. Queer as Folk? Yep. Both series. All the Derren Brown specials. All ten series of Shameless. Free, free I tells ya.

Finding Teachers was a pleasant surprise. Ten years on I couldn't remember much about it, other than I'd started watching because it had a post-This Life Andrew Lincoln in it before he moved to Georgia to kill zombies, and that a friend of mine had once seen the guy who plays Kurt in a nightclub in Exeter. 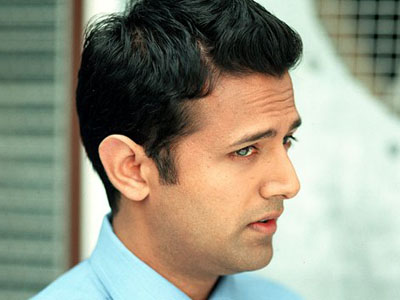 "Yeah, he's just a quite a small bloke really."

On firing up episode one I was struck by the soundtrack, which had been one of the main points of appeal to me in the first place. Every bike ride, pub visit or cigarette break had a bit of Bluetones in the background, a smattering of Supergrass; shit, maybe even a soupçon of Shed Seven.

The 90s. When all you needed to make a music video was to show up and walk around a bit in a coat.

A video demonstrating the extent to which Teachers was a precursor to Scrubs in this regard.

These little vignettes aside, you had plenty of little self-conscious sight gags going on around the characters: kids beating all types of shit out of each other, donkeys and penguins walking down the corridors, to all of which the teachers seemed oblivious as they headed off for a smoke. Their lives and jobs were mainly just skives: they'd realise two weeks before their class had to take a GCSE that they hadn't covered one of the set texts, or they'd be marking books in the pub and awarding grades at random, that sort of thing.

Lincoln's was a lovely little turn: immature and self-obsessed while hovering just on the right side of likeable, but he didn't last all that long. He left after just short of two series and a slight return in the third, and the show started to lose its way a little without him. The signs were there even before his departure, with efforts to broaden the focus outside his character starting to show strain (especially when writing in a few neuroses for previously solid, dependable Susan for the sake of making it more of an ensemble piece), but it was still great to watch at least up until the end of series two, in which scouse languages teacher JP arrived (played by Shaun Evans, now the young Inspector Morse), with his mysterious hatred of the ginger-haired. 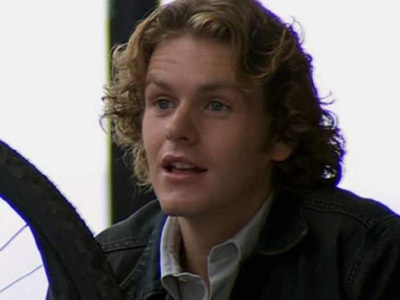 "What is it with you and gingers?"
"I shared a bathroom with one once."

It eventually reached the stage where everyone had left except for Kurt and Brian, who you tried to give a fuck about but couldn't really. Even Mathew Horne was in it for a bit (James Corden having played an earnest member of Lincoln's class in the first series), but I'd stopped watching by then anyway. For a brief period, though, it was witty, sharp, original British TV of the sort we didn't see a lot of for a few years.

So 4oD: a proper treasure trove, as it turns out. I'll be watching a load more stuff on it till I get bored, and almost certainly not writing a regular series on it.

More:  Teachers  Andrew Lincoln  Shaun Evans  Channel 4
Follow us on Twitter @The_Shiznit for more fun features, film reviews and occasional commentary on what the best type of crisps are.
We are using Patreon to cover our hosting fees. So please consider chucking a few digital pennies our way by clicking on this link. Thanks!