Mini-interview: Mica Levi, composer for Under The Skin

One of the myriad reasons Jonathan Glazer's Under The Skin is terrifying is composer Mica Levi, the English singer-songwriter tasked with creating a seriously messed up soundscape for Scarlett Johansson to hunt in. Because I'm one seriously connected cool dude (LOL j/k), I scored an exclusive mini-interview with Mica through a friend of a friend. Then about a week later I got a press release from the film's distributors offering a Mica Levi interview to everyone. Still. I got there first. So there. 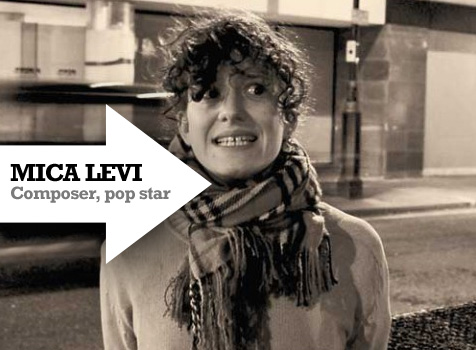 Hi Mica, thanks very much for taking the time to answer my questions. Under The Skin is a phenomenal film and your contribution is incredible. Did your soundtrack turn out as you'd hoped?

Mica Levi: Yes I think so - although I didn't know what I was hoping for if that makes sense. I'm glad if it works in the film.

How did you wind up getting the job? Were you aware of Jonathan Glazer and his movies beforehand?

ML: I don't know how I got the job, you would have to ask him. I realised I grew up watching things he had done on telly, music videos etc [Glazer directed 'Virtual Insanity' for Jamiroquai and Radiohead's 'Karma Police' among others], but I didn't know his name.

The score is quite different from the more upbeat stuff you do as Micachu. Did you have to get into a different frame of mind to get the tone right?

ML: I don't know, I had to get into the film really - it wasn't a conscious thing if so. 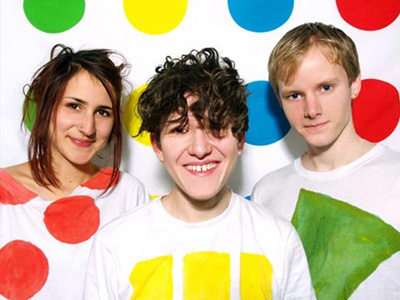 Micachu and the Shapes in action.

What was the process for scoring Under The Skin? Did you compose with certain scenes and images from the film in mind or did you go in blind?

ML: It was a mix of writing music away from the picture that felt like complete pieces of music on their own, and then following the structure and narrative of the film or scenes in the film. Jon spoke in quite abstract terms and metaphors and it felt like it was a lot about the film being an amorphous thing that was leading us as much as Jon was leading it.

Jon told me that it was important to respond to Scarlett's character in real time - so not to pre-empt or reflect on something in a manipulative way - and to try not to stray from her experience. He said a lot of interesting things all the time.

Do you think you have ever been approached by an alien who wanted to have sex with you and harvest your organs?

This picture of you sat behind Scarlett Johansson at the Under The Skin premiere in Venice (below) is a corker. Was it a surreal experience? Did you get a chance to chat to Scarlett?

ML: I said something boring to her - very proud of that photo though! 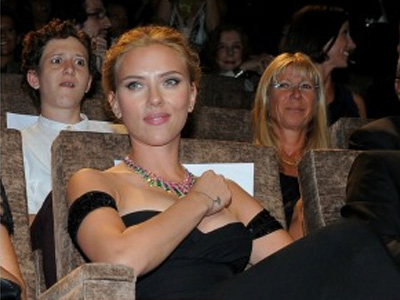 Is scoring a film something you've always fancied trying your hand at?

Do you have any favourite soundtracks? Any inspirations?

ML: Yes, a lot of films seeped in-classic film scores, maybe more old rather than new. I don't particularly listen to movie soundtracks but I will do more now.

Some of the scenes in Under The Skin are pretty nightmarish. Did it mess you up having to watch them over and over?

ML: Yes it did, but not because I find it particularly nightmarish.

Finally, and most importantly given the film's title, describe the severity and the situation of the worst splinter you have ever had.

ML: I got a piece of metal covered in black oil stuck in my foot on the beach in 2008.

Thanks for entertaining my rubbish questions, Mica!

ML: Thanks for entertaining my rubbish answers!


If you couldn't tell from my frothing, Under The Skin is out this week and is very, very good, in a 'terrifies you to your very core' kind of way. Here's my review, and don't forget to go see it when it's released on Friday.

More:  Interview  Under The Skin  Jonathan Glazer  Scarlett Johansson  Mica Levi
Follow us on Twitter @The_Shiznit for more fun features, film reviews and occasional commentary on what the best type of crisps are.
We are using Patreon to cover our hosting fees. So please consider chucking a few digital pennies our way by clicking on this link. Thanks!