The Warner Bros marketing team have got themselves in quite the pickle with Edge Of Tomorrow. Despite being critically acclaimed and featuring the biggest movie star in the world in the lead role, Edge Of Tomorrow flopped in cinemas, leading to drastic measures - the title has changed to Live Die Repeat. We say this: IT HASN'T CHANGED ENOUGH.


This is a classic case of panic marketing: a reactive clusterfuck that can surely only serve to make matters worse. Edge Of Tomorrow is a fine, if unadventurous title; it's certainly less ridiculous than the title of the graphic novel source material, All You Need Is Kill. However, changing the title for the film's home entertainment release will not change the movie's fortunes. Has this ever worked as a marketing tactic? Surely it only confuses the impartial shop browser, milling around HMV like a sheep with disposable income.

This is stupid. Yet it could easily be stupider. Hell, if you're going to change the title, you could at least make it something more memorable. So here you go Warner Bros marketing team: here are nine titles way better than whichever one you decide on using - no rush, it's out on Monday, you've got the whole weekend to decide!
What the title really needs is a description of the film's content, something that will catch the casual observer's eye. Something like...

You might need to get that signed off by Tom's people. As a back-up, maybe Team Cruise would prefer it if Tom's name was actually in the title?

Maybe it's just not clever enough. The title needs to be more witty, more erudite, more like...

Okay, calm down braniacs. We don't want to go too highbrow. Maybe we revisit the original title of the book. Except, we add a little something to spice it up a notch. It needs to be somehow LOUDER.

The more exclamation marks, the more money it'll make! Or not. What the title needs is a gimmick, something that's been proven to get people talking online. Who's a big brand we can get on board with?

Remember we're trying to skew young. How do the kids speak these days? 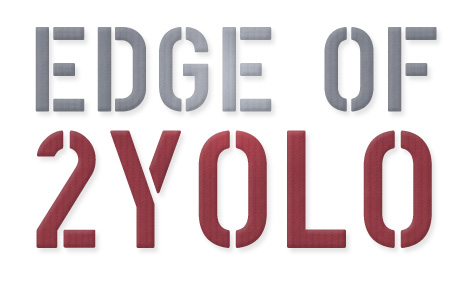 Maybe we're getting away from what the movie is really about. Let's try a super-literal approach. Customers are idiots after all! 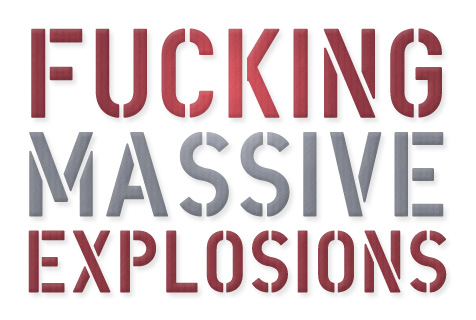 Dammit, the film is more than that! It's clever! It's funny! It's genuinely creative and interesting and exciting! And hell, the critics love it! How can we get all that across in just a title?

Gentlemen, I've been up all night thinking about this, and I've finally cracked it. I present to you the definitive new title for Edge Of Tomorrow, guaranteed to excite all members of the family for a big Q4 home ents push.

More:  Edge Of Tomorrow  Tom Cruise  Emily Blunt  Doug Liman  Titles  Wait What
Follow us on Twitter @The_Shiznit for more fun features, film reviews and occasional commentary on what the best type of crisps are.
We are using Patreon to cover our hosting fees. So please consider chucking a few digital pennies our way by clicking on this link. Thanks!