Disney's rubbish John Carter will be coiled off into cinemas on Friday, but we found nine other John Carters from history who sound way more interesting than the shirtless crusader from Mars. 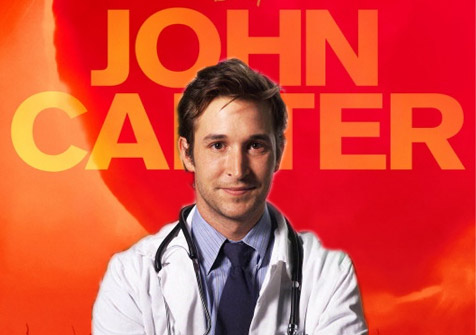 Well hello, handsome. Taylor Kitsch has to flaunt his nipples to get the ladies' attention, whereas all ER's resident physician had to do to get the women damp was glance at his clipboard and take some sexy notes. Carter lasted 11 seasons of ER (plus special cameo appearances), which is no mean feat, particularly when you realise he was in the shadow of George Clooney the whole time. The only male competition Taylor Kitsch has on Mars is Willem Dafoe's CG alien, Tars Tarkas, who has never been voted People Magazine's Sexiest Man, or indeed anything, Of The Year.

How would he fare on Mars? All civilisations need a hunky doctor, and let's face it, George Clooney is far too important to be blasted into space. Noah Wyle, on the other hand, probably hasn't got much on.
Jack Carter (born John), son of President Jimmy 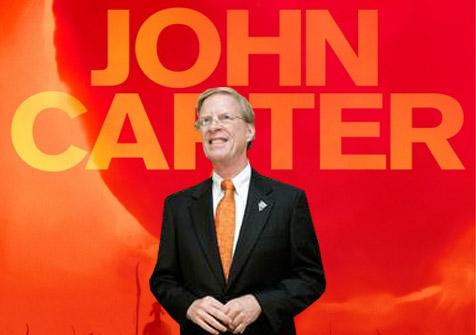 Ever heard of a little country called AMERICA? Then you'll be familiar with its 39th President, Jimmy Carter, and his son, John William Carter, more commonly known as Jack. Here are some interesting facts about Jack Carter. 1) He worked on a peanut farm as a boy. 2) He served in Vietnam but got discharged for smoking pot. 3) He went on to get a degree in NUCLEAR PHYSICS. Didn't see that coming, did you? I'd like to see Disney's John Carter leap his way out of a meltdown scenario. The twat.

How would he fare on Mars? He'd run for senate in Zodanga and give it a bloody good go as well. His father was President, don't you know.
John Carter Cash, son of Johnny Cash 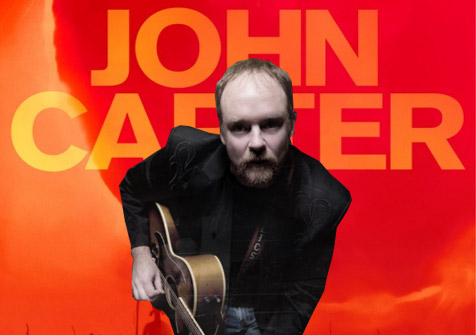 John Carter Cash is the only son of Johnny Cash and June Carter. Already, this puts him at an advantage over Disney's John Carter, whose father never made a hit record in his life. Not only is John Carter Cash the offspring of one of the most soulful rock and roll artists of all time, he's a Country and Western singer in his own right. What's more, his third children's book, 'The Cat In The Rhinestone Suit' is due for release this year. I think we'll all agree when I say suck it, Edgar Rice Burroughs.

How would he fare on Mars? After ringing out the opening notes of 'Ring Of Fire', those Martians would be jumping like emos in a moshpit.
John Carter, inspirational mouth artist 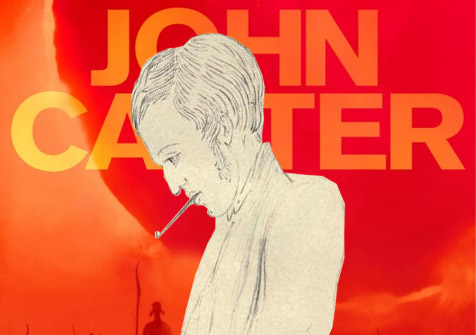 Unlike Andrew Stanton's movie, this John Carter has a story to warm your heart. John Carter (1815-1850) was a silk weaver in England who was dealt a shitty hand in an accident and was paralysed from the neck down. No more silk weaving for this guy. However, John Carter didn't let this get him down; instead, he learned to paint stunning pictures with his mouth. His is the kind of true story that would star Daniel Day-Lewis, as opposed to, say, the man who played Gambit in X-Men Origins: Wolverine.

How would he fare on Mars? Get him one of those flying hoverbikes and he could rule the Royal Helium Academy of Arts.
John Ronald Carter, English cricketer 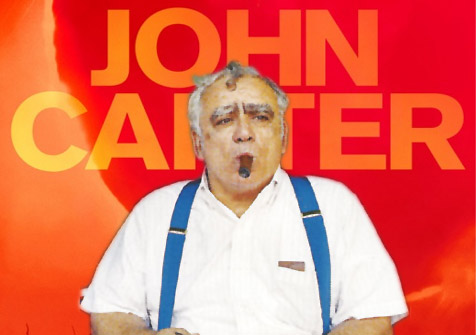 By all accounts, John Ronald Carter is one of the greatest English cricketers who ever lived. Probably. According to Wikipedia, he played Minor Counties cricket (counties? Ooh la la!) for Norfolk between 1984-1987, as well as seven matches in the MCCA Knockout Trophy competition. Carter, who probably is to cricket what Babe Ruth was to baseball, probably, even played in the Natwest Trophy, in which he scored eight runs. EIGHT. That's loads! Isn't it? It's certainly more runs than Disney's John Carter has ever scored in his life. I won't tell anyone that pic isn't actually him if you don't.

How would he fare on Mars? He'd smash the shit out of some angry Tharks with his trusty cricket... I want to say 'bat'?
John 'Hex' Carter, founder of Nerdapalooza 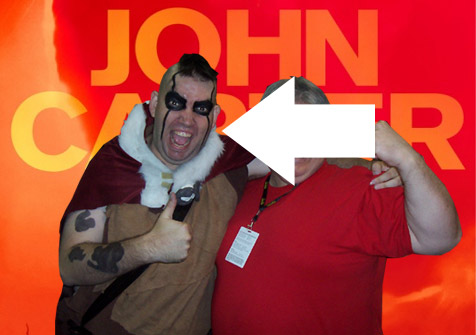 This charming looking chap didn't let the fact he shared a name with Jarsoom's most charisma-challenged resident stop him from going onto greatness. 'Hex' founded Nerdapalooza, an annual musical festival that caters for genres like "nerd rock", "nerdcore hip hop" and "video game music", which sounds like it might possibly be a fun weekend if it was well catered and the weather was nice out. What has John Carter of Mars done for the nerdcore hip hop movement lately? Exactly. Very little.

How would he fare on Mars? As soon as he finds an internet cafe with decent Wi-Fi, he'll be golden.
John Carter, smuggler and "King Of Prussia" 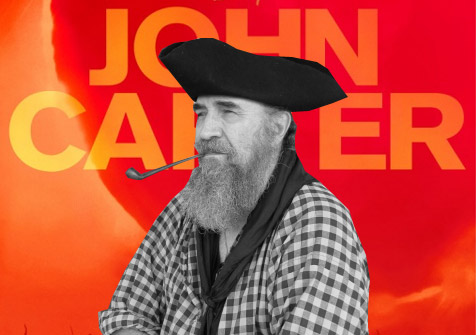 How would he fare on Mars? He'd smuggle his way out of there in less than 12 parsecs.
Jon Carter, superstar DJ 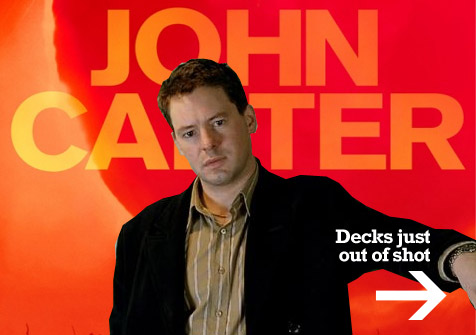 He may be missing an 'H', but DJ Jon Carter has never missed a beat (soak it in, that was great wordplay) in his esteemed career as a spinner of massive club bangers. Occasionally known as his house music alter-ego Junior Cartier, Jon Carter was also known for being married to Sara Cox in her post-Girlie Show prime. So, y'know, good for him. In other news, John Carter of Mars turned up to DJ a Barsoomian party last week and his beat-matching was so laughable, he resorted to using his iPod. Weak.

How would he fare on Mars? First tune off the bat, Beastie Boys, 'Intergalactic'. Job done. The galaxy was united in funk.
John Charles Carter, aka Charlton fucking Heston 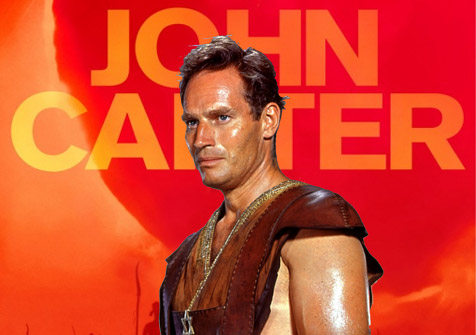 Waking up enslaved on a planet ruled by fearsome creatures with no idea where you are? BITCH PLEASE.

How would he fare on Mars? It's fair to say he's coped with similar situations before.

More:  John Carter  John Carter Of Mars  Pixar  Andrew Stanton  Taylor Kitsch
Follow us on Twitter @The_Shiznit for more fun features, film reviews and occasional commentary on what the best type of crisps are.
We are using Patreon to cover our hosting fees. So please consider chucking a few digital pennies our way by clicking on this link. Thanks!