No poster would be complete without an unnecessary helicopter

Exposed: the practice of chucking in a helicopter to make a movie poster look more exciting. Because helicopters equals excitement, and excitement equals PROFIT!


So I was perusing this month's movie posters as one does, desperate to identify the latest trend so I can remain on the cusp of blog snark and finger-pointing. As I gazed upon the Rise Of The Planet Of The Apes quad poster, it hit me; a realisation as old as the hills themselves. HELICOPTERS. WE NEED MORE UNNECESSARY HELICOPTERS.

Let's see you evolve your way out of these rotors.


The reasoning is simple. Most movie posters feature lots of sky. The sky is usually pretty empty, except for maybe buildings (snore) and clouds (coming soon). A surefire way to jazz up your action movie? Copy and paste a helicopter up there. Make it two. Doesn't matter if they feature prominently or not. A distant, blurry helicopter on a poster speaks volumes: it says 'this movie had enough money to have a helicopter in it'. Hell, I'd buy a ticket for that movie.

Wouldn't you know it, it turns out unnecessary helicopters pop up all over the place. Once you see them, you can't unsee them. See? 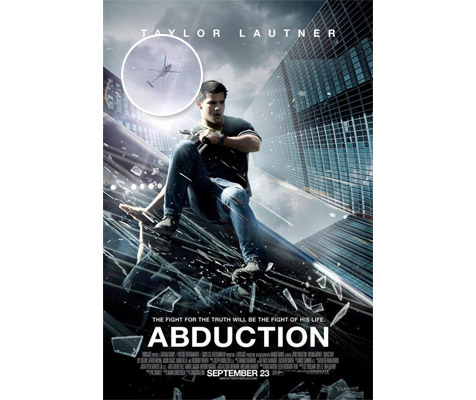 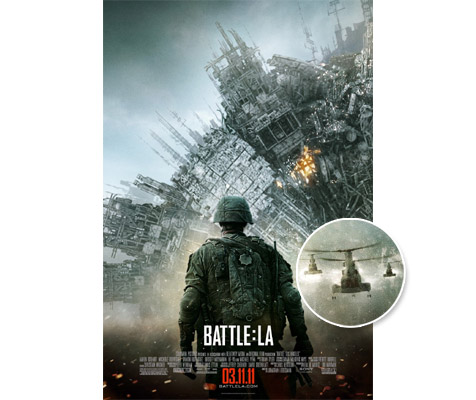 Pretty sure they'll be no use if they're to scale.
Hobo With A Shotgun 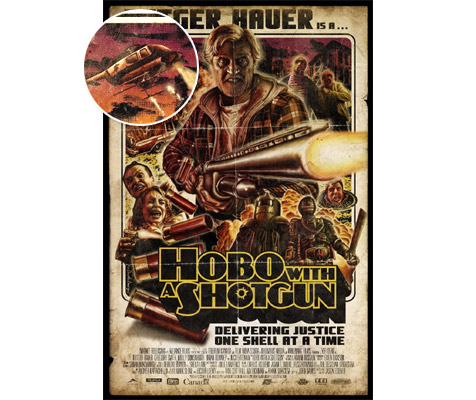 Ah, but is it an ironic helicopter?
Monsters 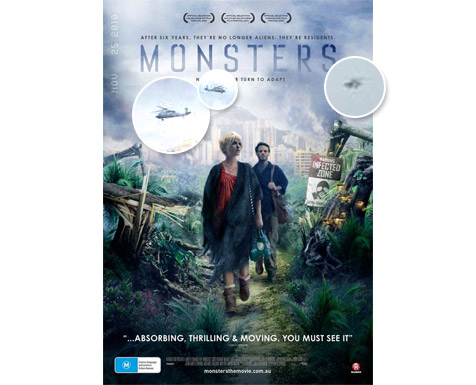 Actual number of actual helicopters in the actual film: 0.
The A-Team 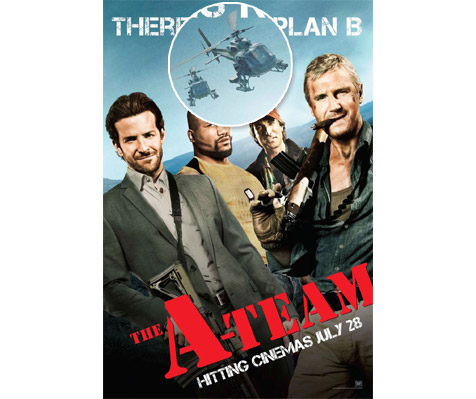 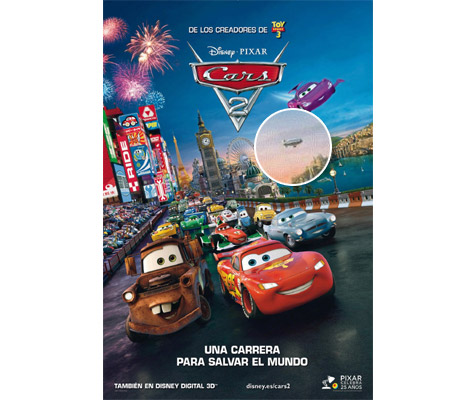 Okay, it's a blimp, but it still counts. WHY.
Unstoppable 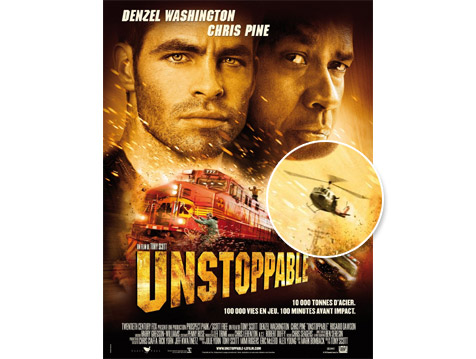 We've already discussed why this is the greatest poster ever.
Transformers: Dark Of The Moon 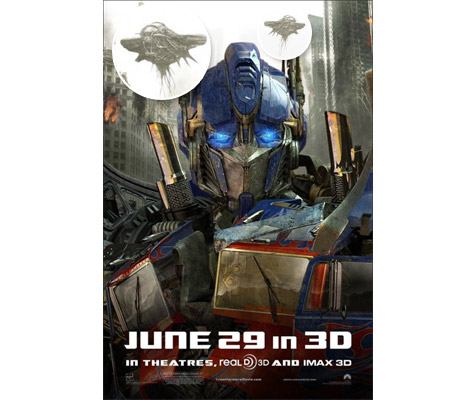 Well, they're the Cybertron equivalent of helicopters.
Crank 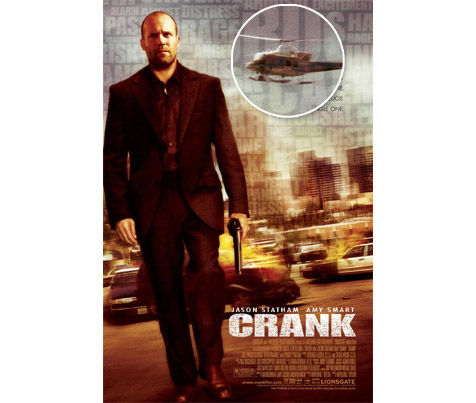 At least someone actually falls out of this one.
Restrepo 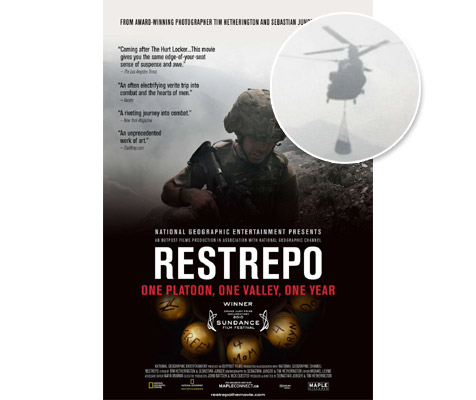 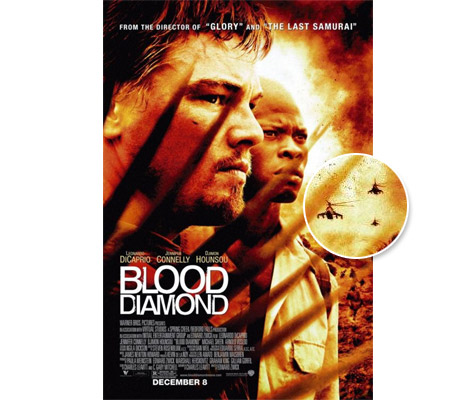 Because if there's one thing Sierra Leone is buzzing with, it's choppers.
The Crazies 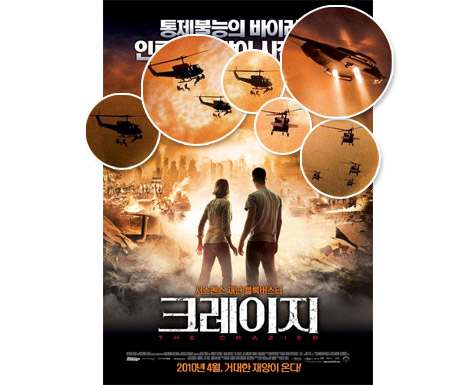 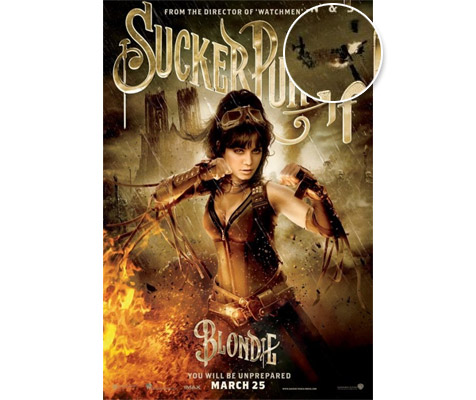 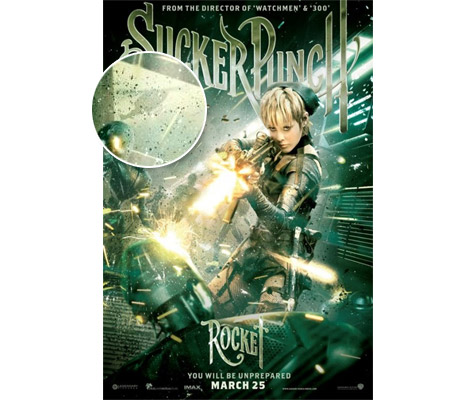 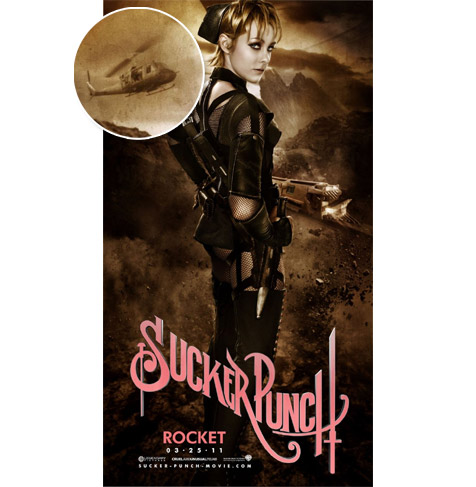 Zack Snyder: the standard bearer for unnecessary helicopters.
The Spy Next Door 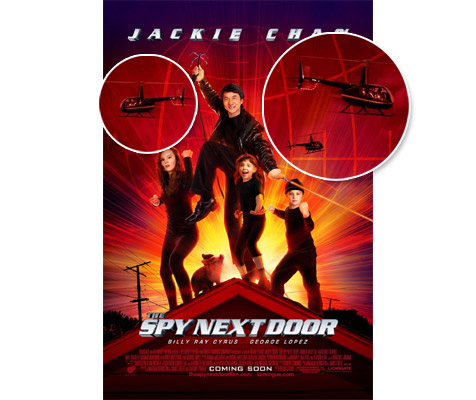 In Hong Kong, this is known as 'Police Story: Helicopter Evasion Unit'.
The Veteran 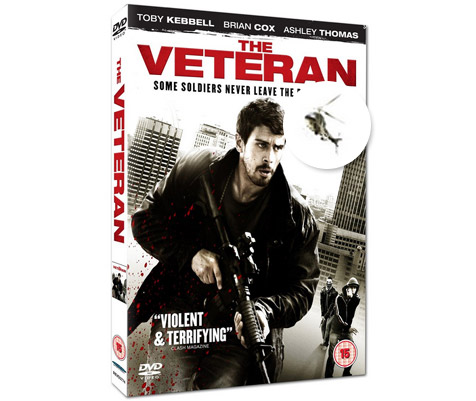 Just one? You could probably evade that quite easily. Just hide!
Five Days Of War 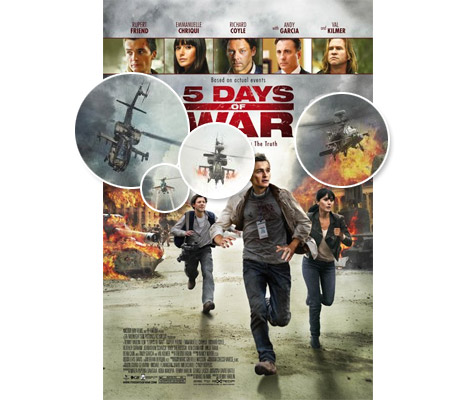 
Bizarrely, the one franchise whose poster you expect to be buzzing with all sorts of military hardware is bereft of whirlybirds. Go figure. 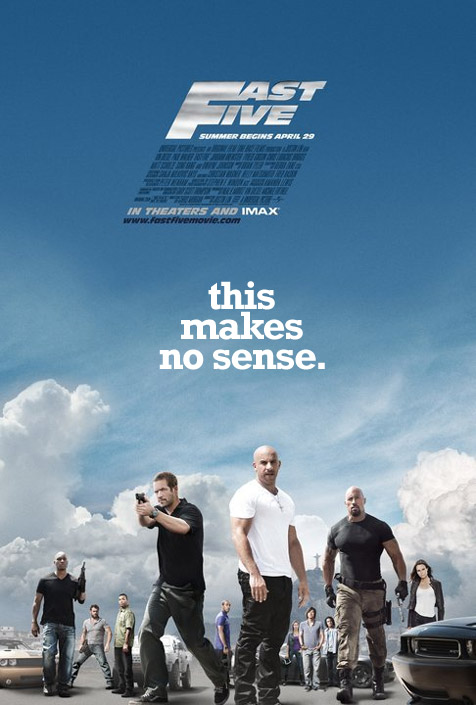 More:  Posters  Rise Of The Planet Of The Apes
Follow us on Twitter @The_Shiznit for more fun features, film reviews and occasional commentary on what the best type of crisps are.
We are using Patreon to cover our hosting fees. So please consider chucking a few digital pennies our way by clicking on this link. Thanks!