On what basis did Thanos decide who did and didn't [SPOILER]

Excuse us while we delve into an important plot point from a movie released four months ago, which by now everyone has seen... and yet I'm still too scared to say what happened before the jump for fear of spoiler outrage. This world really has gone to shit.


THANOS WIPED OUT HALF THE UNIVERSE. There, I said it. At the end of Avengers: Infinity War, mad titan Thanos snaps his fingers and half of the population of the entire universe crumbles away into dust, including Dr Strange, Black Panther, Spider-Man and hopefully Sharon "Sure, I'll have your cast-offs, Aunt Peggy" Carter.

But have you ever wondered how Thanos chose which half of the universe to kill off? What algorithm did he use to determine exactly 50% of every living being in existence and then snuff them out of reality?

As we'll no doubt find out in Avengers 4, the answer probably lies somewhere in here.
He categorised everyone in alphabetical order and wiped out every other person

He tossed a coin between #TeamCap and #TeamIronMan

He killed everyone who just didn't get anything at all from Darren Aronofsky's mother!

He wiped out everyone that enjoys camping

People who think Mark Wahlberg has some good qualities as an actor were kept alive. 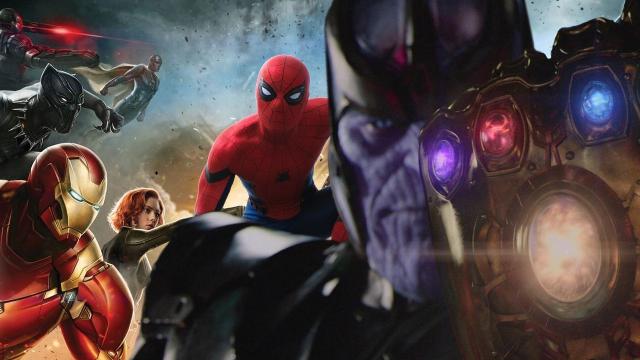 Maybe it was literally everyone in the entire universe that was standing to his left?

As long as that 50% took out Jeremy Clarkson, the biggest cunt in the universe, that’s all that mattered

Every single person who shared that Homer Simpson meme

As someone who doesn't really mind Marmite one way or the other, Thanos killed everyone who has ever used the phrase 'Marmite effect'.

He killed everyone who thinks that John Cena's presence in a movie is a good thing.

Anyone who has ever tried sushi

People that declare that only Radiohead's early work is really listenable.

He actually went to the effort of categorising every living soul on the planet, grading them in order of survival skills, likeliness to thrive, leadership qualities and selfless deeds, then realised one hour in that this was going to take all weekend so sacked it off and just doomed everyone who knew an Alan

Everyone who can't play Wonderwall on guitar died.

More:  Marvel  Avengers  Top20
Follow us on Twitter @The_Shiznit for more fun features, film reviews and occasional commentary on what the best type of crisps are.
We are using Patreon to cover our hosting fees. So please consider chucking a few digital pennies our way by clicking on this link. Thanks!