Mark Wahlberg has been in trouble recently for claiming he wouldn't have let the Twin Tower attacks happen if he'd been on the plane. His outspoken comments had us dare to dream just what other disasters Wahlberg would have stopped had he not been acting or rapping?


Truly, Mark Wahlberg is a master of all trades. He acts. He sings. He raps. He... has abs. He, er, scowls. Most importantly, however, Mark Wahlberg will tell you he's a man of the streets. He came from nothing, and is now quite definitely something. I'm not entirely sure what that something might be, but his astoundingly tactless quote on the 9/11 attacks gives me an idea. Here it is, although I'm not sure he was shirtless at the time: 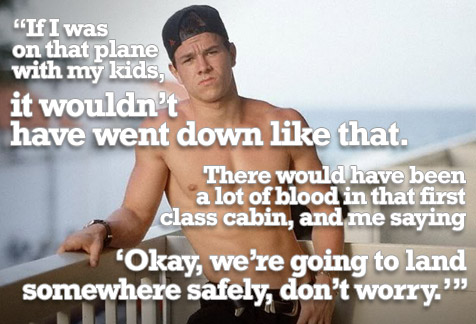 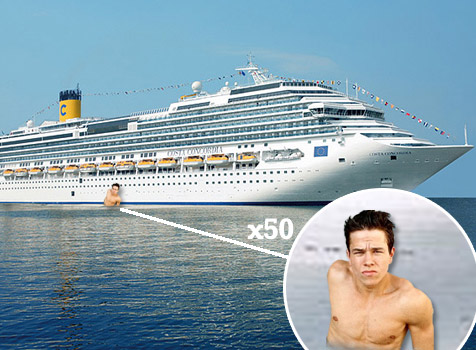 Sensing an imbalance on his cruise ship, which he can totally afford on his Entourage money, Wahlberg courageously strips to the waist, dives into the Mediterranean and rights the tipping Italian liner. "Feel it!" he yells to the grateful passengers, including women who are totally orgasming.
Mark Wahlberg prevents... the Japanese tsunami 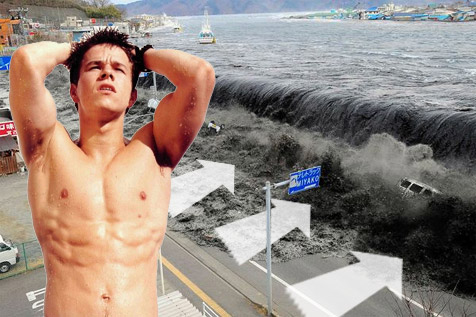 In the Far East for a press conference, Wahlberg heroically steps up to save Japanese coastal villages from the terrifying threat of rising tides. Showcasing a stomach of such fearsome strength, Wahlberg's washboard abs force the waves to retreat back into the ocean. "BAM!" he exclaims.
Mark Wahlberg prevents... the rise of Hitler 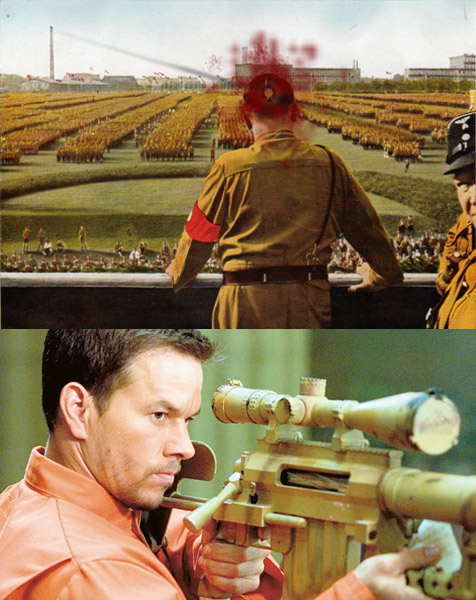 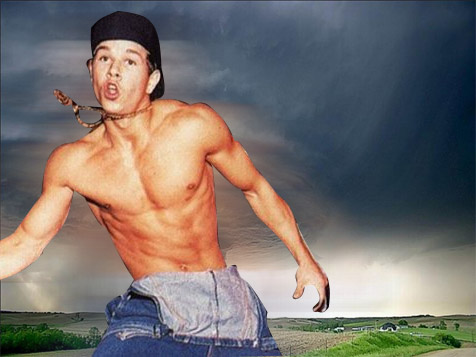 "Wind? This time I ain't runnin'!" yells Wahlberg, aware of turbulence in the New Orleans area. The former rapper, acting independently from the Funky Bunch, "works it" with such ferocity, the Category 1 hurricane blows back across the Atlantic, destroying France instead.
Mark Wahlberg prevents... the crucifixion of Jesus 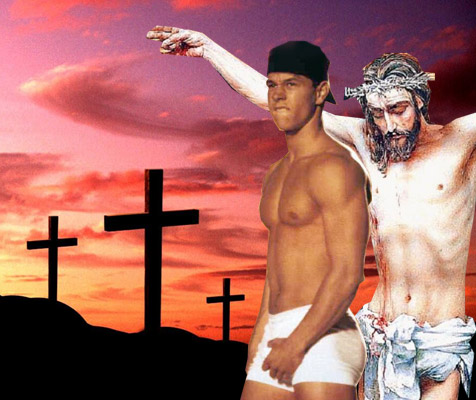 "That Christ queah is a stand-up guy... Suck my fattie, Pontius!" With that, Wahlberg crotch-thrusted Pilate so hard, he died of being a little bitch, leaving Jesus free to join Mark's entourage. "That's how we do!" exclaimed Jesus, flipping off the Romans. "BOOM!"
Mark Wahlberg prevents... the Snickers rebranding 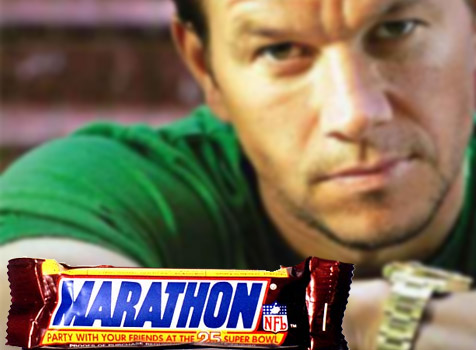 "Snickers? SNICKERS? I ain't down with that shit, ya heah? It's just gotta be Marathon, or I ain't eatin' that motherfucker no moah. You don't get muscles like these babies by running no Snickers, bitch. I'm all about the long-distance running. Ladies love it when I work up a sweat."
Mark Wahlberg prevents... The Happening 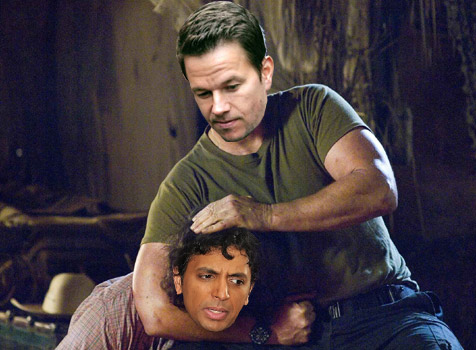 Wahlberg's keen sense for a project gone awry kicks in on the set of The Happening, giving him no choice but to put director M Night Shyamalan in a headlock until he agrees to shut down product on his latest horror. "Marky don't act opposite no plant," he rightly surmises.

More:  Mark Wahlberg  Idiot  Top10
Follow us on Twitter @The_Shiznit for more fun features, film reviews and occasional commentary on what the best type of crisps are.
We are using Patreon to cover our hosting fees. So please consider chucking a few digital pennies our way by clicking on this link. Thanks!