Other things in Broadchurch that people managed to complain about

Despite Broadchurch being the only good thing on ITV since John Terry fell on his arse taking a penalty in the 2008 Champions League final, some people still had to complain. There was too much mumbling, apparently, and some viewers had to "put the words on". I scoured the internet for more complaints and it turns out this is just the tip of the moanberg.


"
"
It was night-time in one scene and I couldn't see.
"
"
Dorset is too near France.
"
"
The camera moved when it was near the water and I got seasick.
"
"
That paedo who ran the newsagent isn't dead enough.
"
"
It got really cold in the sitting room while I was watching and I had to put my big socks on.
"
"
David Tennant's neckbeard is gross. 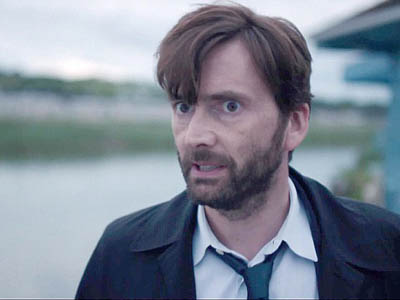 "
"
It creaks under the weight of its slavish adherence to the post-structuralist paradigm.
"
"
The Radio Times said it was a sequel to Robin Hood: Prince of Thieves but Kevin Costner's not even in it.
"
"
This isn't The Archers.
"
"
I wanted chips with it.
"
"
The lawyer is black and I watch ITV detective dramas to avoid them.
"
"
Olivia Colman's orange anorak is a clear incitement to anti-Catholic sectarianism. 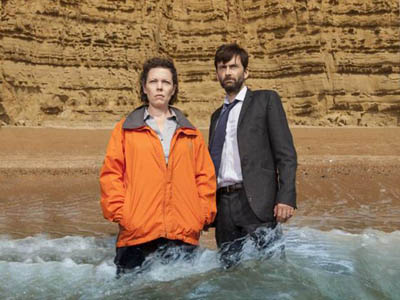 "
"
The man didn't answer the phone when his wife called him for dinner and it would've got cold.
"
"
You're so vain. You probably think this song is about you.
"
"
The church isn't broad enough.
"
"
I thought Jodie Whittaker was that bloke who played Idi Amin.
"
"
Too much brown.
See, this is why we can't have nice things. It's on ITV and it's good. You should be throwing a ticker-tape parade.

More:  Broadchurch  David Tennant  Olivia Colman  ITV
Follow us on Twitter @The_Shiznit for more fun features, film reviews and occasional commentary on what the best type of crisps are.
We are using Patreon to cover our hosting fees. So please consider chucking a few digital pennies our way by clicking on this link. Thanks!