Yes, I know it should be 'Pedants' Corner'.


A new poster has been released for Zero Dark Thirty, Kathryn Bigelow’s forthcoming film about hunting down Osama bin Laden and killing him in cold blood (there’s probably some Middle East politics stuff in there too). But I just can’t explain what’s wrong with the tagline. It reads:

So, it might be correct technically, but I think there’s just a small, tiny bit of confusing oddness that makes it seem a bit off. I told you I couldn’t explain it.

So, for clarity’s sake alone, I have come up with an alternative tagline that I think makes more sense: 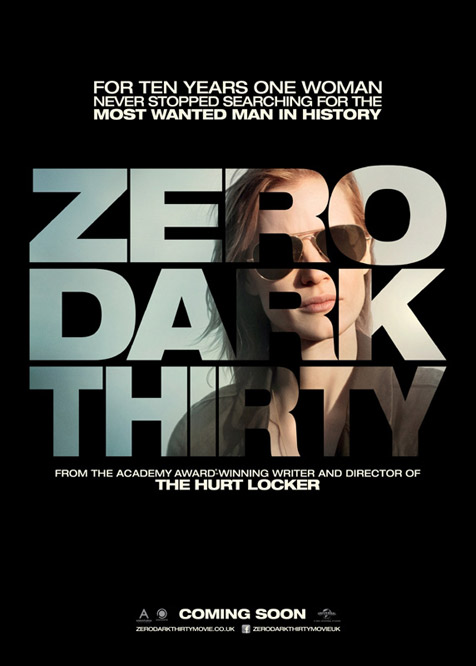 There, that’s better. Right, so this film looks good, eh?

More:  Zero Dark Thirty  Kathryn Bigelow  Jessica Chastain  Posters
Follow us on Twitter @The_Shiznit for more fun features, film reviews and occasional commentary on what the best type of crisps are.
We are using Patreon to cover our hosting fees. So please consider chucking a few digital pennies our way by clicking on this link. Thanks!