Yay for still images of characters we have already seen but in a different room and taken from a slightly different angle!


It is a sad fact that we now live in an age where the release of three photos of established characters from a forthcoming blockbuster movie constitutes as Internet-breaking news. Luckily, we also now live in an age where we get to forensically examine each photo and speculate pointlessly about potential clues that can help us to spoil the film’s plot. So let’s do that! 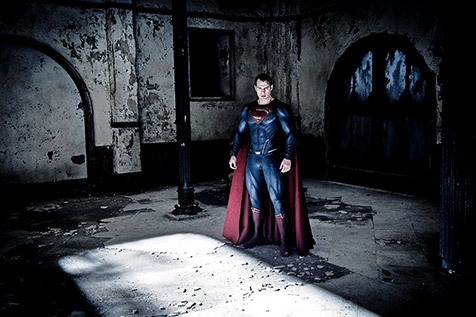 Here we have Superman standing in what we can only guess is the remains of Wayne Manor. You can tell, because it looks like an old medieval-influenced building left over from a Tim Burton movie instead of Superman's usual shiny skyscrapers. It might be the superheroes' names up in the title, but the real subtextual battle fought in this movie will be between gothic and modern construction design, and of course the only winner will be architecture itself.

Superman is rooted to the spot here, which implies that he is trapped in a Rube Goldbergian machine of Batman's own design (to be added in CGI later), in homage to the 60s TV show. Rumour has it that this is where the cliffhanger will take place just before the mid-way interval of this six-hour movie.

We will also hear the familiar wireless-style narrator say "Will the superpowered superhero get his comeuppance? Will this cellar become the Kryptonian's crypt? Has Batman finally gone batshit crazy? Come back later for the thrilling conclusion, same Bat screen, same Bat cinema (interval will be 15 minutes long, please take all personal belongings with you)" 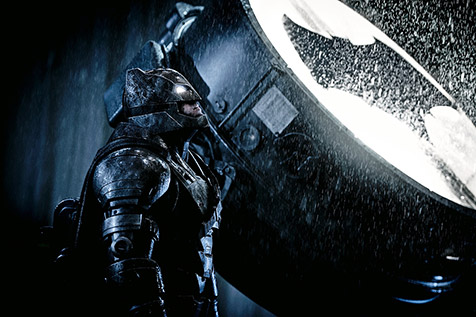 This obviously takes place just before the climactic fight between the two superheroes. After Batman gets a bit cocky and calls out Superman for a brawl, he suddenly gets a moment of realisation that he is about to fight an alien being with almost god-like powers who can shoot lasers from his eyes.

Bricking it, Batman runs through his options and, after coming up blank, has a moment of pure desperation: he turns on the bat signal in the hope that he's not really Batman and that the real one will come and save him.

Frankly, it's a stupid move. But if you zoom in closely, you can see actual tears of panic running out of his weird light-up eyes. 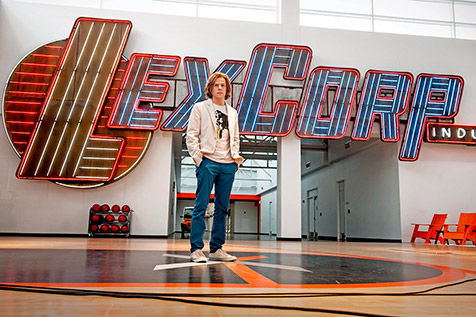 In this film the young Lex Luthor will be a hippity-hop, funk-slam-dunking basketball player who can spin two balls at once and who says "awes" instead of "awesome". He refers to Superman throughout the movie as "Mr. S" which irritates him no end.

The final battle between the two titular heroes will run in parallel with a slow-motion penalty shoot-out, that will see Lex win the game by scoring a late basket. Go Generals!
I can't wait for the next image dump, guys. This will literally never get tired. Reminder: The film is released in eight months.

More:  Batman V Superman Dawn Of Justice  Batman  Superman  DC
Follow us on Twitter @The_Shiznit for more fun features, film reviews and occasional commentary on what the best type of crisps are.
We are using Patreon to cover our hosting fees. So please consider chucking a few digital pennies our way by clicking on this link. Thanks!