Presumably by now you'll all have seen the photos of Benedict Cumberbatch covered in mini ping pong balls, contorting his face like a trooper in order to provide motion-capture for Smaug, the dragon in The Hobbit. Now I don't mean to be a killjoy, but... this is a wind-up, right?


I don't mean to be a sourpuss, really I don't. But I look at these pictures of Benedict Cumberbatch pretending to be a dragon and I just think... why? What's the point? Who thought this was a good idea? 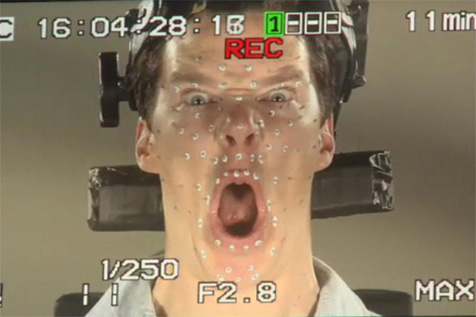 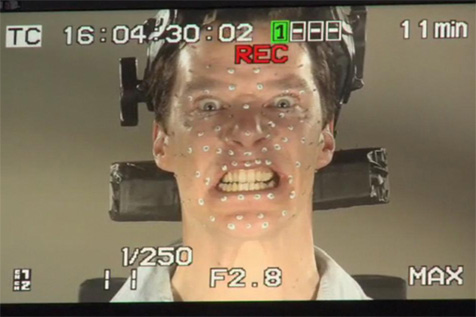 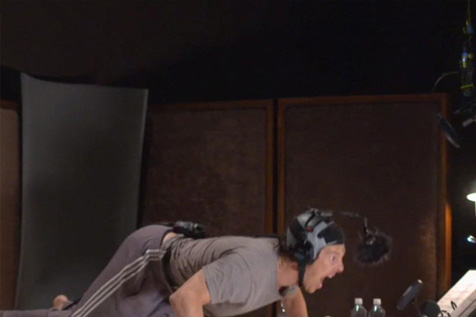 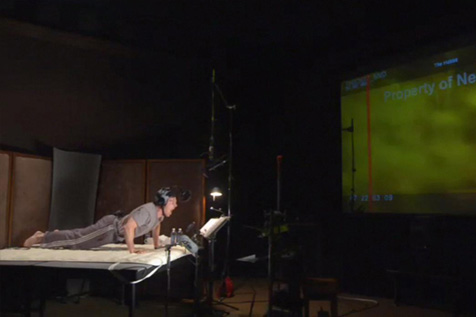 I can see the merits of motion-capture. Andy Serkis playing a monkey or a Gollum makes perfect sense: the movements pretty much translate like for like. But a man providing the movements of a dragon? I am struggling to see the logic. I'm not sure if any of you guys have noticed but humans are essentially bipeds. Dragons, on the other hand, are fictional winged creatures. They exist on a different axis to us. They share almost no physical similarities with us. Did I mention they have wings?

I am looking forward to seeing Smaug in motion as much as the next nerd. I don't much fancy knowing that Smaug's motion was captured from someone who almost certainly had incredibly sore arms.

In principle, this is a 'fun' idea. Getting Benedict to provide Smaug's movement as well as his voice is a cute little bonus for fans. It was also probably a colossal waste of time for all involved. You can imagine the animator tasked with mapping the movements of Benedict Cumberbatch's human facial features onto the scaly snout of his 3D Smaug model. "I'll get right on it!" smiled the animator, waiting a few seconds for Peter Jackson to leave the edit suite before dragging and dropping the folder marked 'CUMBERSMAUG' straight into the trash. This guy is a professional. He has no time for 'cute'. They've spent $500m on the bloody thing already.

You know, it's quite possible this IS all a wind-up; a cruel joke on good sport Benedict Cumberbatch, who has shown himself to be gullible in the past. Just last year, Simon Pegg managed to convince him that he had to smear 'neutron cream' all over his face to protect him from lasers on the set of Star Trek Into Darkness. What price that Peter Jackson - himself a known prankster - was being a Bendy bully?

Consider the evidence. Here's Cumberbatch quoted in Total Film on the shooting process: "You just have to lose your shit on a carpeted floor, in a place that looks a little bit like a mundane government building." Hmm. Not a high-tech 'Vault' like the one James Cameron uses, then. Note also the pictures of Benedict on all fours, where the mini sensors are conspicuous by their absence, and the fact he appears to be wearing a gonk. Not to mention that it looks like he's being filmed on an old VHS recorder.

I did a bit of CSI-style analysis and found something shocking: if you inverse the picture, reduce the gradient, alter the curves and reverse the polarity of the image, the following image appears. 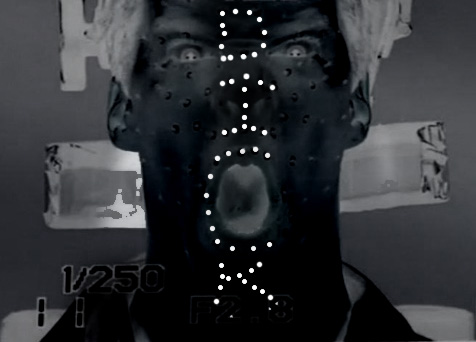 I rest my case. In the meantime, here's an old video of Owen Wilson beating Bendy at his own game.

More:  The Hobbit  The Hobbit Desolation Of Smaug  Benedict Cumberbatch  Peter Jackson  Dragons
Follow us on Twitter @The_Shiznit for more fun features, film reviews and occasional commentary on what the best type of crisps are.
We are using Patreon to cover our hosting fees. So please consider chucking a few digital pennies our way by clicking on this link. Thanks!