Plot details for Malick's To The Wonder revealed!

Plot details about Terrence Malick’s latest meadow-gazer To The Wonder are scarce – mainly because everyone’s still trying to find plot details for The Tree Of Life. Thankfully, we’ve managed to ascertain a few clues from the available stills and posters for the film and have managed to work out a vague synopsis. It’s basically an arthouse Stuck On You.


It is with only some exaggeration to say that Terrence Malick (first name actually pronounced like Beyoncé, lest we forget) usually waits an average of 30 years between movies. And yet here he is, just one year after The Tree Of Life showed us all that Sean Penn has really been God all along, ready with another film about life and feelings and stuff.

There’s only one explanation; he must have really nailed it with the story. After all this time spouting fanciful musings on the meaning of time like he was Brad Pitt trying to flog a bottle of perfume, Malick must have finally stumbled upon the secret of good storytelling: conjoined twins. Take a look at these pics for proof. 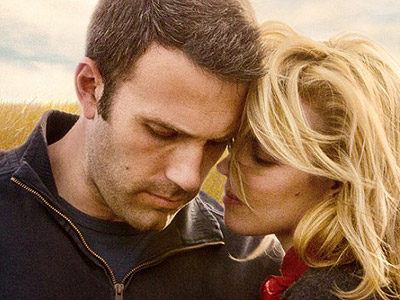 As you can see, our story starts with Ben Affleck’s character tragically joined to twin Rachel McAdams by the forehead. Rumour has it that Malick was forced to cut a 40-minute scene that explained how he still managed to put on his jumper. 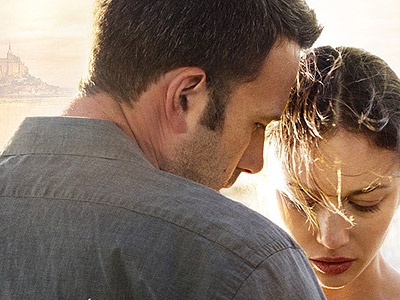 SHOCK TWIST: Affleck manages to somehow free himself from the McAdams parasite, but ends up attached to Olga Kurylenko instead. Again, by the forehead. Wuh? How? Also, wuh? 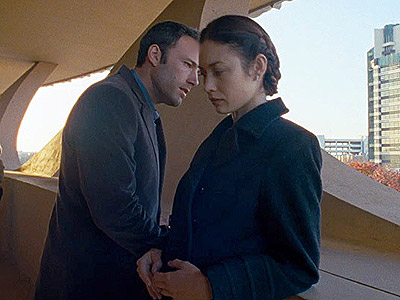 Don’t let the picture fool you – this is no trick of perspective – Affleck has somehow shrunk in size, proving that he is the weaker twin. It’s a wonder that he didn’t get eaten in the womb. Actually, that’s the ‘wonder’ to which the title is referring. 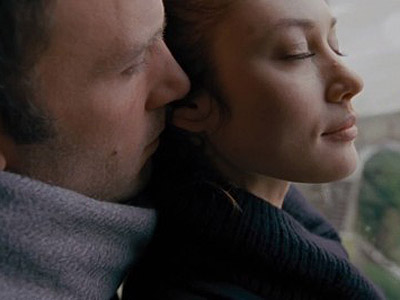 Finally, Aflleck somehow winds up in this position. It is still an inconvenience, but at least Kurylenko is still free to form a meaningful relationship with some sick, twisted individual. Sick and twisted because they’ll have to put up with Affleck’s head constantly bearing down on them, not because they want to have sex with a conjoined twin, you understand. That’s fine. They’re used to sharing organs anyway.
Personally, I can’t wait. This is basically the movie that Schwarzenegger and DeVito should have made 25 years ago.

More:  To The Wonder  Terrence Malick  Ben Affleck  Rachel McAdams  Olga Kurylenko
Follow us on Twitter @The_Shiznit for more fun features, film reviews and occasional commentary on what the best type of crisps are.
We are using Patreon to cover our hosting fees. So please consider chucking a few digital pennies our way by clicking on this link. Thanks!