Put a damn schirt on, Schmidt

Every time I turn on New Girl there he is with his stupid greasy abs all over the place. Doesn't he own a shirt?


Some guys just love to skank about with their shirt off. Me, I prefer to keep it on in most social situations, especially since that whole misunderstanding in the Early Learning Centre.

Max Greenfield, though, can't get enough of it. You suspect that he has a certain number of shirt-off minutes written into his contract (known in the business as 'The Lautner Clause') for each episode of New Girl, in which his character Schmidt spends a lot of time topless. Fair enough, the dude's pretty cut ... 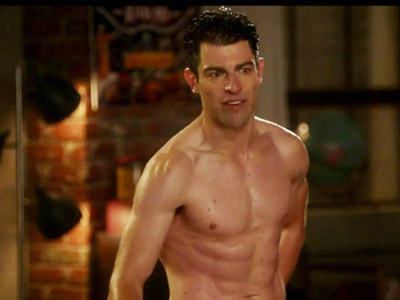 ... but my objection is that he looks unpleasantly pasty, and moreover that he too often appears to have greased himself up in preparation. Also, I'm never sure what's a mole and what's a nipple.

I find this all very unappealing, but given the unpleasantness of his torso I'd wager that women think so too. And I should know: I've spoken to more than six.

An interesting challenge is on the horizon, though: Ryan Kwanten, who played Jason Stackhouse in True Blood, is to join New Girl as Jess's boyfriend. 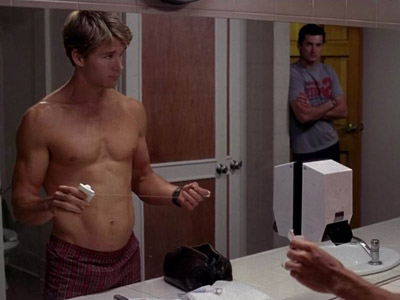 Expect them to oil up and wrestle within about ten minutes. Now if you need me, I'll be adding all these pictures to my new Tumblr.

More:  New Girl  Max Greenfield  Ryan Kwanten  FOX  Channel 4  Inexplicable Shirtlessness
Follow us on Twitter @The_Shiznit for more fun features, film reviews and occasional commentary on what the best type of crisps are.
We are using Patreon to cover our hosting fees. So please consider chucking a few digital pennies our way by clicking on this link. Thanks!