A Donald Trump fan is continuing to work on a metaphor in which he compares the Trump administration to the plot of the popular Disney movie Beauty And The Beast, although he admits he "hasn't quite nailed all the moving pieces just yet".


Daniel Thompson, 42, from Ohio, Texas, came up with the idea for the metaphor when he saw a trailer on TV for the forthcoming live-action Disney remake of Beauty And The Beast. "It just struck me like lightning: Trump is the Beast," said Thompson. "And Belle is America. Everyone thinks the Beast is awful and is holding Belle captive, but it turns out the Beast is actually a really great guy and doesn't mean half the things he says."

"Also, Belle was kind of asking for it," he added.

In Thompson's work-in-progress metaphor, which he hopes to detail soon in a forthcoming blog post, Trump Tower stands in for the Beast's enchanted castle, and the magic that fills the castle is the 304 electoral votes that Trump won (downgraded from 306 after two faithless voters refused to vote). "The villagers who are out for the Beast's blood are just the crying liberals," says Thompson.

"And Gaston is the lying mainstream media," he adds, having clearly just thought of that. 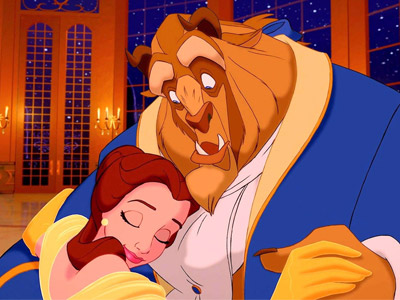 Just give him a chance, America.


The extended metaphor, the purpose for which is still not entirely clear, goes on to liken mantle clock Cogsworth to Arizona Senator John McCain, and candlestick Lumiere to Speaker of the House Paul Ryan, because, says Thompson, "they are always arguing". Thompson has not yet commented on which member of Trump's administration could substitute for the wardrobe character, Wardrobe. "I was toying with Betsy DeVos, but I couldn't make it work," he says.

Thompson says the part of the tortured Trump/Beast metaphor he is most proud of was when he realised that Sarah Palin could stand in for Mrs Potts - not only because she helped start the Tea Party political movement, but also because she is a woman. "Yeah, there aren't many of those to choose from, I'll admit," says Thompson.

As yet, Thompson has been unable to find any place in the metaphor for either Hillary Clinton or outgoing President Barack Obama, although he claims that either would make good candidates for the witch that curses the Beast in the opening act.

More:  Beauty And The Beast  Donald Trump  Disney  Metaphors  Wardrobe
Follow us on Twitter @The_Shiznit for more fun features, film reviews and occasional commentary on what the best type of crisps are.
We are using Patreon to cover our hosting fees. So please consider chucking a few digital pennies our way by clicking on this link. Thanks!