Shark movies should come packaged with the following warning: MUST ONLY BE ENJOYED WITH FRIENDS AND ALCOHOL. In the right situation, they're impossible to not enjoy, because of one crucial fact: there's no such thing as a bad shark movie. Badness is what makes them good. It's the circle of life, only with SHARKS.

There are two competing shark movies due for release soon. Well, I say competing, but one of them will probably make it to cinemas, and the other will probably be broadcast at 4.45am on the Syfy channel. See if you can guess which is which, as I use my own sharkish cunning and pit them against each other in a fight to the death. WITH SHARKS.
Shark Night 3D

Starring: Sara Paxton and Chris Carmack, who sound like a lovely couple. I wish them the best of luck.

Directed by: David R Ellis, the insane genius behind Final Destination 2 and Snakes On A Plane. B-movie guff is his bread and butter - and he's capable of making excellent sandwiches. Incidentally, this is his IMDB profile picture. 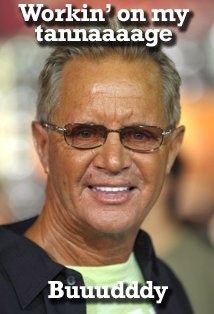 What's the story? You know the drill. Seven sexy teens go on vacation to a deserted island where they're menaced by a force of nature none of them ever expected to blah blah blah. Die already.

How hard are the sharks? They look like pretty run-of-the-mill sharks, to be honest. If a bunch of preppy, beer-chugging, collar-popping asshats came and swam in my lake, I'd probably try and eat them too. They're not giant, mutated or even being bred to cure Alzheimer's, for shame.

Show me a picture of a sexy woman in a bikini: 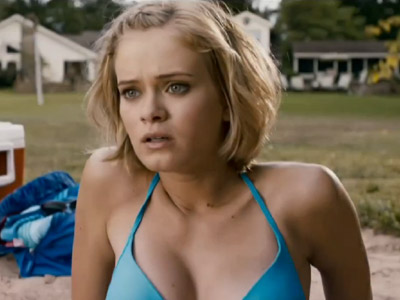 Does the black dude die first? Looks like it, although I'd have preferred it if he landed his wakeboard directly in a shark's gaping mouth.

Does it have the weedy guy from Avatar in it? Yes.

Does it have someone doing an underwater 'shark walk' wearing armour made out of shopping carts? Not from what we can tell so far.

Potential quibble with the title: It's not actually set at night.
Bait 3D

Starring: Julian McMahon (Dr Doom) and Xavier Samuel from one of them there Twilight pictures. Also the girl from Step Up 3D.

Directed by: Russell Mulcahy, the director of Highlander and the new Teen Wolf TV series. So I think it's safe to assume this will be something of a mix of the two, only with SHARKS.

What's the story? I'll let IMDB take this one:

"
"
"A freak tsunami traps shoppers at a coastal Australian supermarket inside the building... along with a pack of tiger sharks."
FUCK YEAH. I think we just found the new Burning Bright. I'll see your 'getting stalked by a tiger in a house during a hurricane' and raise you 'getting stalked by sharks while in a supermarket during a tsunami'. BOOM.

How hard are the sharks? They're in a supermarket. It's not enough they rule the ocean, they're invading our turf too. They're eating our groceries and queuing in our queues with more than 10 items. Bastards.

Show me a picture of a sexy woman in a bikini: 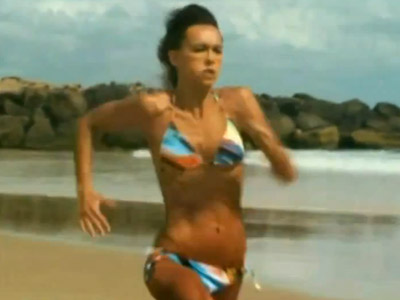 Does the black dude die first? I don't think there are any black guys in Australia, are there? Only really tanned white guys.

Does it have the weedy guy from Avatar in it? No, he was busy making Shark Night 3D (see above).

Does it have someone doing an underwater 'shark walk' wearing armour made out of shopping carts? YES.

Potential quibble with the title: Only that it isn't called SuperSHARKet.
And the winner is... 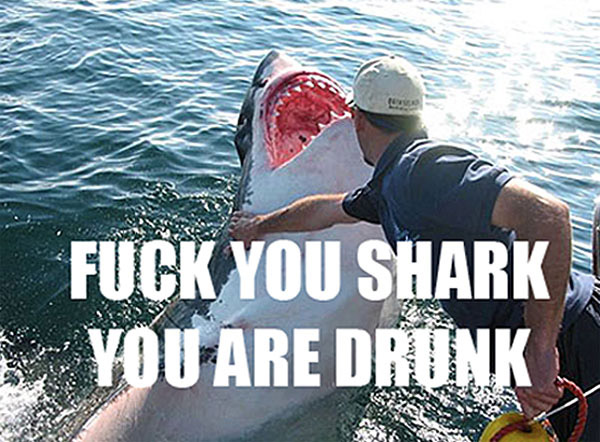 More:  Sharks  Shark Night 3D  Bait 3D
Follow us on Twitter @The_Shiznit for more fun features, film reviews and occasional commentary on what the best type of crisps are.
We are using Patreon to cover our hosting fees. So please consider chucking a few digital pennies our way by clicking on this link. Thanks!