See how you bloody like it, US Downton Abbey fans told

American fans moaning about having to wait till January to watch series three of Downton Abbey have been roundly encouraged by British viewers to pour themselves a nice tall glass of shut-the-hell-up juice.


As ITV gears up to air its third series of Downton Abbey on Sunday, British fans - who BASICALLY ENDORSE SLAVERY - are starting to lose their collective shit, holding themed tea parties and calling each other Lord Fothersham or Mrs Tiggywinkle or whatever it is.

All the while, a thought lurks at the back of their mind. "I bet Johnny Foreigner would kill to be me right now," they think with a grin. "Take your American: the poor sap has to wait till the new year to find out whether Lady Fforbes-Gladstone marries the Duke of Argyll & Bute and inherits Castle Grayskull. If that were me I'd just DIE." Then they'd have a slice of cake.

And they're correct: evidence (ie one blog post on the Atlantic Wire) suggests that US Downton fans are hopping mad about their wait till January. We approached American Hank W.P. Varsity-Swim-Team III for his comments.

"
"
Yessir, consarn it and jumping Jehosophat if I don't love me some o' those transpirings down on the Abbey. I like to crack me a brewski in the rumpus room once Mindy gets home from the drugstore with my Cheetos and popping candy, sit back and find out what's what and who's how in the servant quarters. Hoo-wee, that Limey Bob Crawley sure does have a stick up his ass! 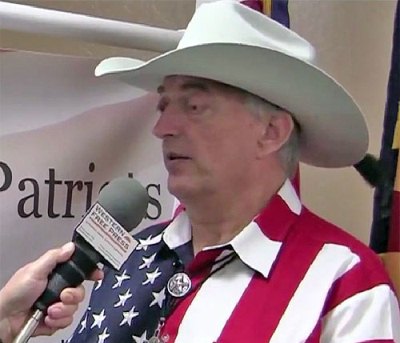 This went on for some time.

"
"
But I'll be a monkey's uncle if I can figure me why those Britishers don't got the sumbitch sense God gave 'em to send us the damn show right now. We invented TV: TV and freedom. How comes we's got to wait in line?
I'll bloody tell you why. We've spent our whole lives waiting months to get good telly from the US. Half the time it doesn't even turn up at all and we have to go to the theatre instead. The fucking theatre. But all of a sudden we can get a bit excited because we've made yet another costume drama, for some reason the rest of the world seems to think it's good, and we can lord it over you for once by watching it on ITV then spoiling it on Twitter before you have a chance to see it.

So wait your damn turn. In the meantime, try this: it's a dense, multi-layered urban cop drama, just like The Wire. You can have the rights for ten million.

More:  Downton Abbey  Julian Fellowes  ITV
Follow us on Twitter @The_Shiznit for more fun features, film reviews and occasional commentary on what the best type of crisps are.
We are using Patreon to cover our hosting fees. So please consider chucking a few digital pennies our way by clicking on this link. Thanks!