Some other lies Frozen Planet told you

With Attenborough-lovers everywhere still reeling at the news that the BBC's Frozen Planet filmed the polar bear birth scene in a Dutch zoo, we put on our extra-furry thermal deerstalkers to do a little detective work of our own - and uncovered the SHOCKING truth.


The lying bastards. All the time you were enjoying Frozen Planet in your comfy woollen socks in front of the fire, it seemed like you were watching the work of one of the most brave, intrepid camera crews the world has ever known. Well, friends, they lied to you. They took your hard-earned licence fee money and they blew it on big-screen TVs, coke and prozzies.

Here's a few of the shocking facts we uncovered when we investigated the Frozen Planet production.
The penguins are robots 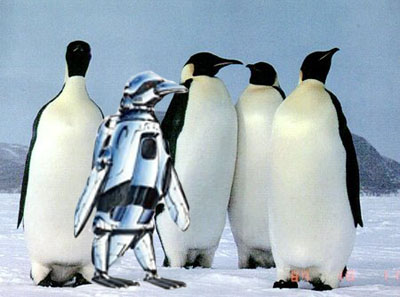 When it got down to it, several key members of the production team decided they couldn't really be fucked to hang around the Antarctic for four years, and so the decision was made to just stay at home and fake the whole thing.

A key grip whose mate had done some of the animatronics on Merlin suggested filming a load of robot penguins doing cute stuff and, according to leaked production notes we obtained, the idea was agreed upon as being "a shit-sight easier than waiting around for hours hoping a snow caterpillar does something interesting while we steadily lose all our toes to frostbite".
The snow is just sand covered in Tippex 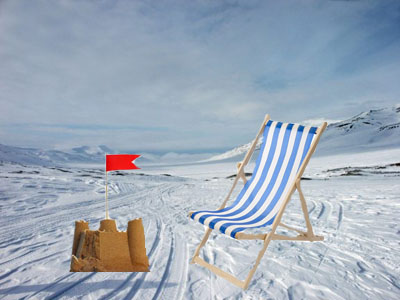 So eager were the team to fleece the licence fee-payer for every penny possible that they spent around 60% of the show's budget on trips to various tropical island paradises, including the Maldives and Hawaii. Once there, they simply bought in a lorryload of Tippex, dumped it on the beach and turned the cameras on it while they drank pina coladas and listened to Kokomo by the Beach Boys. The sheer gall.
David Attenborough's voiceover was outsourced to India

In order to cut costs, it was determined that Attenborough's voice could easily be replaced by a cheaper alternative, and the decision was made to hire a convincing impersonator in Mumbai. At one stage, outsourcing the entire production was even considered. Our team of investigators uncovered this as evidence: a test credits sequence put together by an Indian contractor.

While Eskimos are presented in Frozen Planet as a simple, peace-loving people, they are in fact a properly nasty bunch who would push you down one of those holes in the ice soon as look at you. This image recovered from photographic records that the BBC attempted to destroy shows an Eskimo woman cackling in glee at the sight of a bloodied fish struggling in pain on the end of her fishing line. 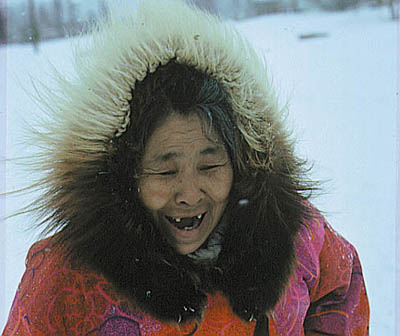 Fish not pictured.
There is no global warming

Actually we didn't get this from a leaked Frozen Planet dossier or anything; I just saw it in a comment by the user 'paratwat' on the Daily Telegraph website and was so struck by his sound, well-reasoned argument that I immediately came around to the idea that global warming was made up by liberals or Obama or someone as part of a left-wing conspiracy to make mankind, er, use up less oil. Which would be bad because ... wait, what?

"
"
The BBC's scientists are rapidly becoming vomit -inducing. Attenbore's uncritical pious utterings on AGW were losing him credibility, so he has inserted a few weasel-words now to give him what Clinton called "wriggle room".

I've just watched a truly disgusting clip on you tune with the Establshment's pet on-message AGW huster, Adam-Hart Davis telling us all how grateful we should be to shell out billions on carbon offset scammery.

A pimp selling crack whores has more credibility and integrity.

Hart-Davis is a direct descendant of William iv, and is a second cousin of CaMoran
Well, that's good enough for me. Ladies and gentleman, the BBC has LIED to you. I'm heading down to BBC TV Centre to put the windows in. Who's with me?

More:  Frozen Planet  David Attenborough  BBC
Follow us on Twitter @The_Shiznit for more fun features, film reviews and occasional commentary on what the best type of crisps are.
We are using Patreon to cover our hosting fees. So please consider chucking a few digital pennies our way by clicking on this link. Thanks!