Star Trek Into Darkness and five other spoilery DVD covers

Star Trek Into Darkness is released on DVD and Blu-ray today and, in case you haven't already heard, FOR THE LOVE OF GOD DON’T READ THE BACK COVER.


Bleeding Cool were the first to reveal that Star Trek Into Darkness' biggest plot twist is just openly spelled out on the back of the DVD and Blu-ray packaging. Here is their image showing the offending slip-up in question (don’t look down if you are a newborn baby and therefore still unaware of the spoiler in question): 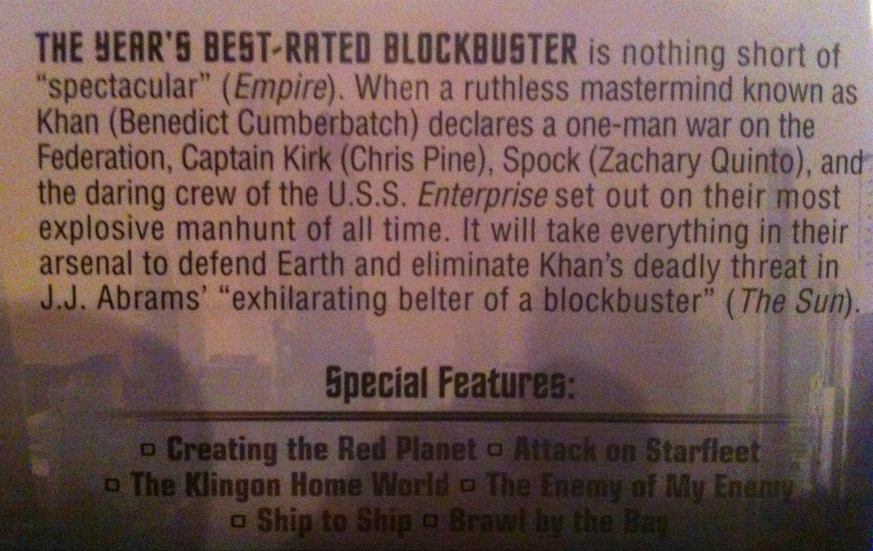 Courtesy of Bleeding Cool and Microsoft’s 'Save Image As' function

Of course, for all the mystery surrounding Benedict Cumberbatch's character – everyone swearing that he isn't Khan, that he is an entirely new, boringly-named villain John Harrison, etc – it seems that this strategy flies out the window when there are DVDs to sell. So why the deception in the first place? Looking back at the film’s theatrical release, the character's identity serves no real purpose to the plot so, ultimately, this home entertainment faux-pas shockingly reveals that…SPOILER ALERT… it doesn’t fucking matter who he is.

I suppose that any Trekkies who have inexplicably decided to watch the film for the first time in the comfort of their own gaming chair and who haven't had broadband access for the past five months, may feel short-changed by the cavalier fashion with which this secret is revealed. But even then, probably not.

Regardless, this release is just the latest in a long line of spoilerific packaging, all of which utterly ruin the viewing experience for buyers. Here are some other examples of when a DVD cover has rendered the film inside a joyless husk of visual dissatisfaction. 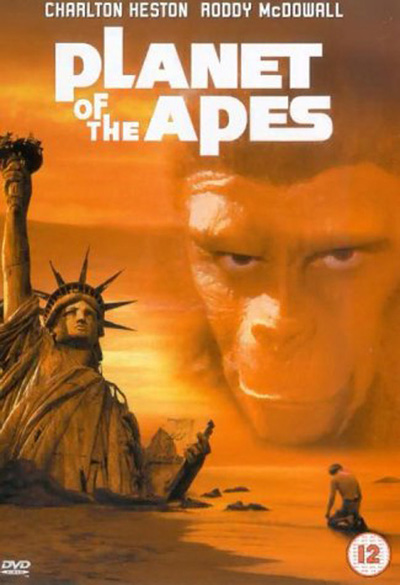 The infamous twist ending to an all-time classic film, but why even bother to watch it when this plot-revealing cover already tells you everything there is to know? Who needs to see any actual apes when the entire film is spelled out in one expectation-crushing image? 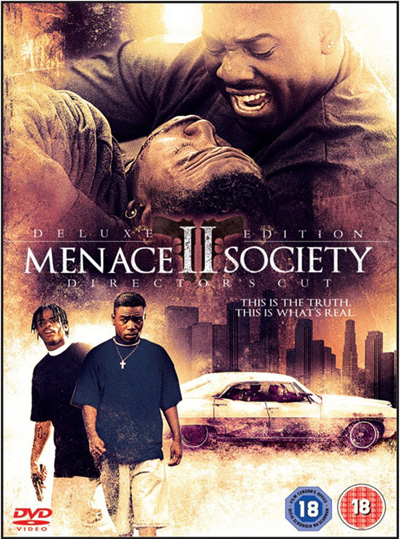 Oh great, I've never actually seen Menace II Society, but now I don’t have to because this DVD already tells me that somebody – I don't know who, or why, or how – dies in the film. Way to ruin the ending, guys. Is it the ending? It probably is. Bastards. 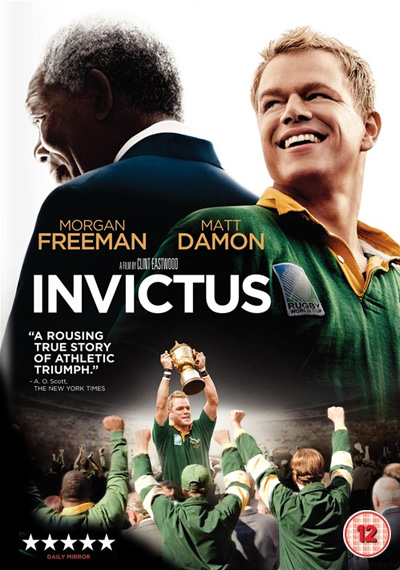 Not only does this spoil the film, but what about those of us that never got round to watching the original 1995 Rugby World Cup final on which it is based? What if it got repeated on telly? There’s just no need to watch it now, thanks to this DVD cover. 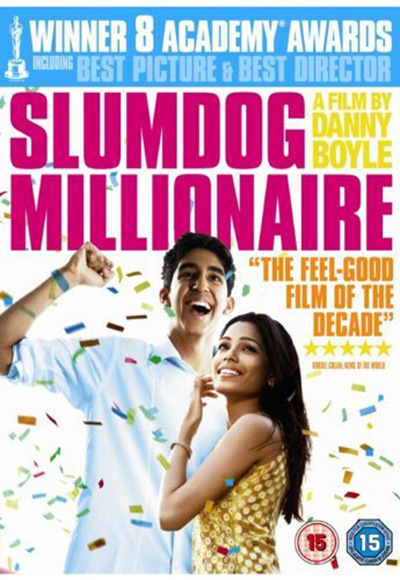 While we're at it, why not rename The Sixth Sense 'Ghost P.O.V.' and retitle Citizen Kane as 'Sledding with Charlie'? 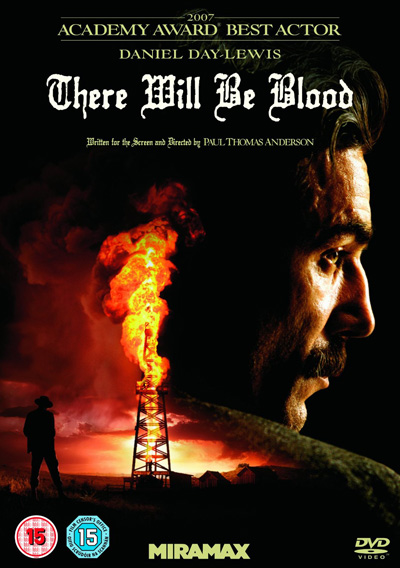 Oh, there will, will there? And why, pray, am I not allowed to find that out for myself?
There's a chance that I’ve lost track of what actually constitutes a 'spoiler'.

More:  Star Trek Into Darkness  Spoilers  DVDs
Follow us on Twitter @The_Shiznit for more fun features, film reviews and occasional commentary on what the best type of crisps are.
We are using Patreon to cover our hosting fees. So please consider chucking a few digital pennies our way by clicking on this link. Thanks!