The Force awoke a few days later than most for me, but on Monday 21st December, I sat in a small cinema in Hammersmith and readied my body for Star Wars. Sweaty palms? Check. Slightly elevated heartbeat? Check. Stupid grin plastered on face despite nearby proximity of colleagues who consider me an otherwise professional and functional human being? Check. There are have been few cinematic experiences in my career where I have legitimately broken out in goosebumps, but Episode VII was one of them: if a new Star Wars trilogy can no longer be considered a once in a lifetime event, then it's still a rare treat to savour. Excitement, thy name is The Force Awakens.

But then a funny thing happened when the movie started rolling.


The LucasFilm logo quietly sparkled. Those fateful words appeared on screen, silently whisking me away to a galaxy far, far away. And then, as cinema's most infamous fanfare - still every bit as majestic and evocative as it ever was - signalled the beginning of a new era of Star Wars, I felt an intense burst of sadness for the old era wash over me; with that first note of John Williams' theme tune, the period in which the future of Star Wars had yet to be written had ended. And I'll miss it. Because we won't know anything like it for a long time.

I don't think anyone ever really expected Episode VII to actually happen. George Lucas always claimed he envisioned nine movies from the start but George Lucas is mad as a bag of twats. I think back to last year's Boyhood, and the campfire scene between Ethan Hawke and his screen son, filmed in 2006, and how they discussed why there would be no need for further Star Wars movies ("After Return Of The Jedi, it's over... there's nothing else to do there"). It's how we all felt after the prequel trilogy: the thought of more Star Wars movies felt kind of perverse and almost entirely unnecessary. Star Wars was a closed book. The circle was complete. It was the Gungan what done them in. And we were fine with that. The dirt settled and we all got on with our lives. 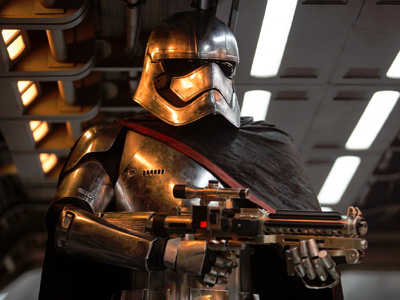 
So when I emerged from a Hammersmith cocktail bar in October 2012 with our own resident Star Wars spod Matt Looker to find that Disney had bought LucasFilm and had announced a seventh Star Wars movie, I was thrown for a loop. What? Wait, WHAT? How much had I drunk? The train journey home that evening was a frustrating one, with intermittent bursts of WiFi between tube stops filling in the bigger picture. Slowly, it dawned on me: the return of Star Wars would affect my personal and professional life for the next three years - the movie that would eventually become The Force Awakens would cast a shadow over everything.

(A few weeks later my son was born and for a bit I forgot about Star Wars, until I realised I had a son that would one day be into Star Wars himself. Today, the first thing my little boy does every morning is choose the colour of his lightsaber spoon and eat his Star Wars cereal while doing Chewbacca impressions. I promise I had very little to do with this).

For a while, the speculation was fun. The original cast will return! It'll be set around 30 years after Jedi! Which is lucky because the original cast have all aged around 30 years! Details were scarce and it quickly became clear that the blogosphere wasn't about to let a lack of information stop it from publishing any old bollocks as long as it had the words 'Star Wars' in the title. But it didn't matter. Because Star Wars was coming. And with lessons learned and fingers burned, there was no way it, whatever form it would take, could possibly be a disappointment. What a time to be alive.

I enjoyed this period immensely, and I'll wager so did most of you. A seventh Star Wars movie was probably something several fans had considered themselves before the official announcement, so the real deal had a lot to live up to. The possibilities were endless; the stories to build on and tell anew; the characters to spin off of - the Star Wars franchise has always teemed with life and seemed capable of evolving in any way you could imagine. With every new detail that emerged, that nebulous concept pulled closer into focus. New heroes. Old friends. Goosebumps. 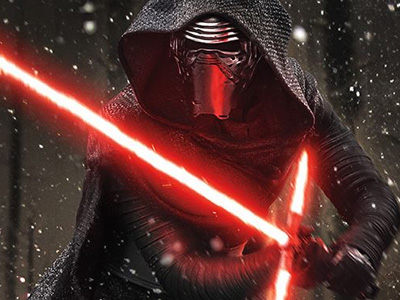 
Yet still, despite the pressure of the weight of expectations of a billion action-starved fanboys, JJ Abrams and Kathleen Kennedy and The Force Awakens marketing team held back. The first trailer was little more than a random collection of shots. The second trailer teased without revealing too much. Even when people were losing their shit, saying LUKE SKYWALKER IS KYLO REN no matter how much Adam Driver might disagree, the hull was never breached. The mystery was kept more or less intact. And it stayed that way, save for the inevitable efforts of the usual internet jerks, until this Monday 21st December.

I enjoyed The Force Awakens. I could write you a thousand words on how much I liked it, but I won't, because most of the words would just be guttural noises where I attempt to mimic the sounds of spaceships and laser swords. Nonetheless, it struck me, clear as a bell, when that first note of the fanfare rang out: this is what Star Wars is now. No more speculation. No more fanciful wondering. No more maybes or what ifs. Just data: facts, names, underlined actions. The Force awoke and now Disney and JJ Abrams have to lie in the bed they made. It's out there and it's already being dissected and analysed and trawled over frame by frame by people who will see it more times this month than you will in your lifetime.

And that's fine. I would never dare dump on the passion of those fans: the ones that live and breathe anything Star Wars. But I preferred that calm before the storm, where anything could happen. When Star Wars still could have been absolutely anything to anyone. Those days are over now, but I'll always remember them fondly, and every time I hear that fanfare, I'll feel that same pang of loss, combined with that familiar churn of excitement, and I'll mourn the brief period of my life where I was able to miss Star Wars.

More:  Star Wars The Force Awakens  Star Wars  JJ Abrams
Follow us on Twitter @The_Shiznit for more fun features, film reviews and occasional commentary on what the best type of crisps are.
We are using Patreon to cover our hosting fees. So please consider chucking a few digital pennies our way by clicking on this link. Thanks!