Superman superpowers we probably won't see in Man Of Steel

Faster than a speeding bullet! More powerful than a locomotive! Able to leap tall buildings in a single bound! Also able to create miniature versions of himself and kiss like a date rapist!


When you think of Superman's special abilities, the obvious ones probably come to mind: strength, invulnerability, flight, the ability to see through Lois Lane's clothing all day long without giggling. But throughout the years Kal-El has displayed several other superpowers. I'm not talking about heat vision or freeze breath or even that bullshit thing he does with his chest logo in Superman II. No, these are bizarre, rarely seen abilities that are, frankly, absurd. Yes, even more absurd than the power to deflect bullets with his eyeball.

So let me risk the wrath of a thousand comic-book fans and present this guide to Superman's weirdest superpowers. Let's hope some of these make it into Zack Snyder's Man Of Steel. Because they're hilarious.
Super-Ventriloquism! 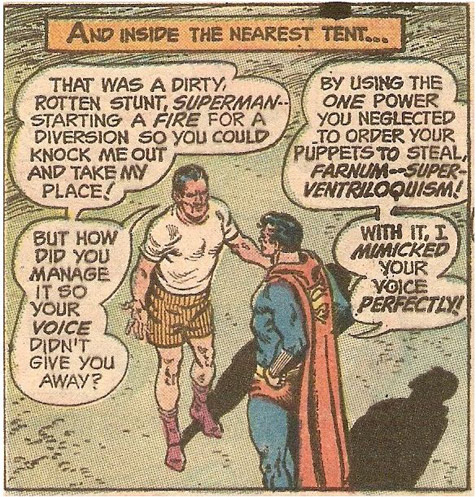 You'd think that a superstrong, invulnerable god-like alien wouldn't ever have a use for throwing his voice really far, but it seems that even the power to make someone say "Gottle o' geer, gottle o' geer" can come in useful in the fight for truth, justice and the American Way.
Super-Broadcast-On-Police-Radio-Voice! 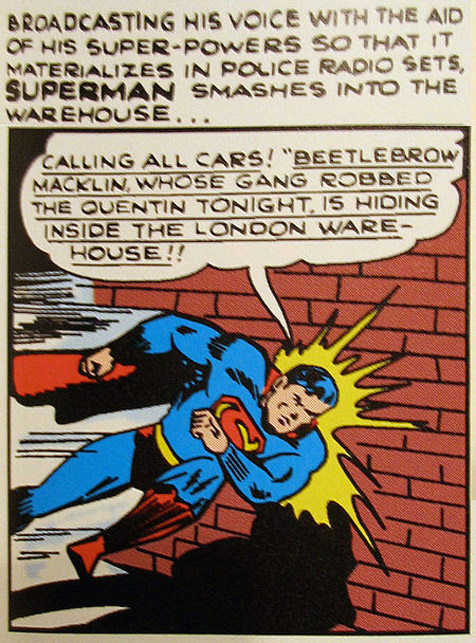 How does this even work? Does he have an in-built transmitter in his tonsils? Does it only work on the police radio frequency or can he also hijack DJ Wolfman's breakfast morning slot on Metropolis FM whenever he wants?
Super-Shape-Shifting! 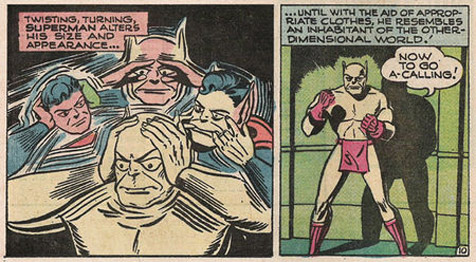 This begs the question: If Superman can change his own features, why the fuck didn't he come up with a better disguise for being Clark Kent?
Super-Telepathic-Will-Control! 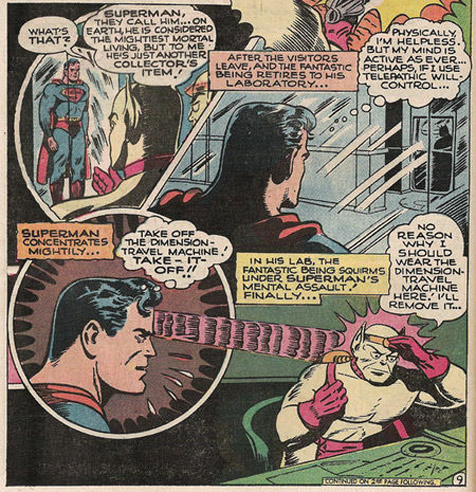 So Superman can control minds? Kind of renders the rest of his powers a bit redundant when fighting crime doesn't it? "Hmm, Lex Luthor is probably planning something evil today but I'll just make him stay at home and get him addicted to Breaking Bad instead."
Super-Roofie-Kiss! 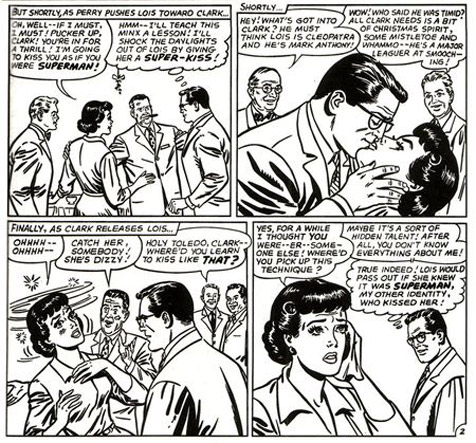 Also featured in Superman II, in which, again, he kisses Lois Lane to give her some kind of magical rapey amnesia. Who knows how many times he has done this to make her forget certain 'indiscretions'?
Super-Destructo-Sneeze! 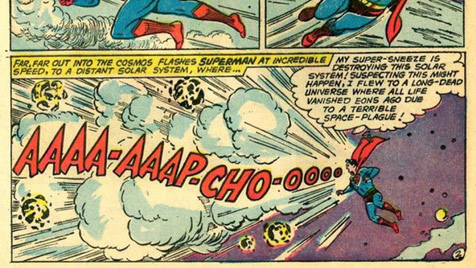 If he destroys solar systems with a single sneeze, think how much damage a discrete fart can cause. What? I know you were thinking it too.
Super-Rebuild-The-Great-Wall-Of-China-O-Vision!

As featured in the franchise-killing Superman IV: The Quest For Peace, this telekinetic ability has never been seen in previous films so does it only work in China? Specifically on bricks? If not, why doesn't he spend every spare moment building shelters for the homeless? The bastard.
Super-Shoot-Mini-Supermen-Power! 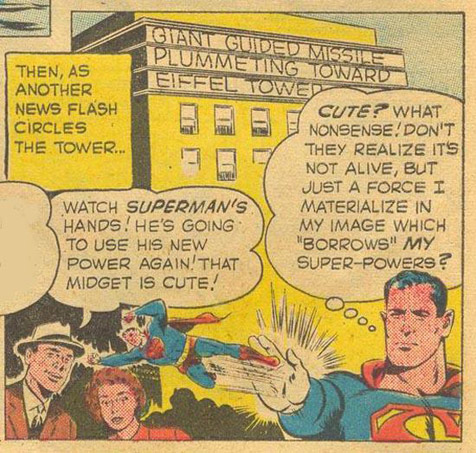 I don't even know what this is.

More:  Man Of Steel  Superman  Henry Cavill  Zack Snyder
Follow us on Twitter @The_Shiznit for more fun features, film reviews and occasional commentary on what the best type of crisps are.
We are using Patreon to cover our hosting fees. So please consider chucking a few digital pennies our way by clicking on this link. Thanks!