Taking notice of It's Always Sunny in Philadelphia

We all know the shows. They're the shows you continually hear about but you've yet to see. Castle, Suits, Sons of Anarchy. House of Lies features three of my favourite actors, but have I seen one scene from it? No, of course not. It's just one of those shows. It's Always Sunny used to be one of those shows. But no more, and thank God for it. This hidden gem has become one of the best comedies on TV and, now entering its ninth season, shows few signs of slowing down.


The premise is simple. Five friends own and run a pub in Philadelphia. Each weeks finds our gang in some form of hijinks. However, these aren't the sort of hijinks you're bound to find in your typical prime-time comedy.

The show has been referred to as 'Seinfeld on crack', which in parts is pretty spot-on. All five characters, just like the infamous Seinfeld four, are entirely selfish and immoral, and show little regard to the people around them. But this gang makes Jerry and co look like Cosby Show saints.

The above quote takes an even more literal meaning in regards to a classic season two episode in which Dennis and Dee abandon the gang in an attempt to make it big and instead end up addicted to crack. In fact all five characters have significant drug or alcohol problems throughout the show. But this is a comedy, so it's OK to laugh. I'm pretty sure it's OK. 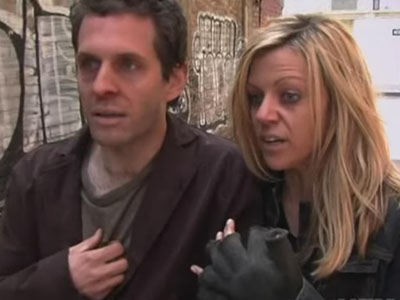 Come on, crackheads are always funny.


Controversy surrounds a great deal of the gang's antics and there are very few topics they've yet to cross, be it abortion, cancer, drug and alcohol abuse, paedophilia, etc. Yet this isn't a show that succeeds simply from being controversial. Far from it, the show truly excels through the strength of its five characters and outstanding dialogue.

All five characters play off each other perfectly and each has their own distinctive stand-out traits. Charlie is profoundly illiterate and often feels more at home in the Philadelphia sewer than he does amongst his fellow man. Dee is arguably the most pathetic character on television today. Frank has gone from being a business high-flyer to sharing a bed with Charlie and bedding more prostitutes than ten Patrick Batemans combined. Whilst Mac, the self-proclaimed 'muscle' of the group, is a man-child who is almost certainly a closeted homosexual.

Without question the most extreme character, however, is Dennis, who has transitioned from a mere sleazy ladies' man into a borderline psychopath who we can only assume will eventually be revealed as a serial killer. Remember. Still a comedy. Still OK to laugh. 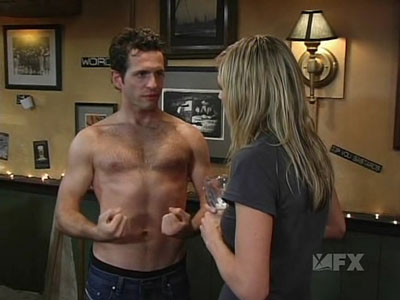 He does this a lot.


Though the show has evolved over time, the characters remain the same. Or they simply get worse. They lie, they betray, they steal – including from each other on a regular basis – and yet they all still remain incredibly likeable characters, which is another key component in the success of the show. With episode titles such as 'The gang gets racist', 'Charlie wants an abortion', 'Charlie has cancer' and 'Charlie got molested', the comedy would be harder to come by if the gang weren't so darn likeable. And those episodes are from season one alone. I know, poor Charlie. The guy hasn't had a clear-cut life.

It's never easy recommending one sole episode to hook you with but the entire series is now on Netflix, so pick out a few episodes, sit back, make sure your nan isn't sitting on the sofa next to you, relax and enjoy the show.

And if that hasn't persuaded you, then I dunno, maybe this 'implication' will.

More:  Its Always Sunny In Philadelphia  Charlie Day  Danny DeVito  Glenn Howerton  Rob McElhenney  Kaitlin Olson  FX  Netflix
Follow us on Twitter @The_Shiznit for more fun features, film reviews and occasional commentary on what the best type of crisps are.
We are using Patreon to cover our hosting fees. So please consider chucking a few digital pennies our way by clicking on this link. Thanks!