The fifth and final round of our £10 DVD Bargain Challenge is more exciting than a million Olympics at once. In case I risk overselling it, you should probably just keep reading.


Before we dive in with my DVD Bargain Challenge purchases - all secured with one crisp ten pound note, no more, no less - let's remind ourselves of the state of the leaderboard, for those of you who have had something better to focus on over the last five weeks. Each player's selection of DVDs is marked out of 10 by the other competitors, with a bonus point awarded per DVD bought. Rack 'em up.

As you can see, Matt is in the lead, thanks to some kind of... bats. I'm never going to win that Olympic medal for Sassiness In Writing that I always dreamed of, but I truly can believe I can own this competition. And even if I don't score as highly as Matt, I can change the scores because it's my website and oh by the way Matt I hope you had a nice honeymoon because you're fired. Let's hope it doesn't come to that. Game on!
Locations: Poundland, Stratford Mall
Amount Spent: £10
Number of DVDs bought: 10 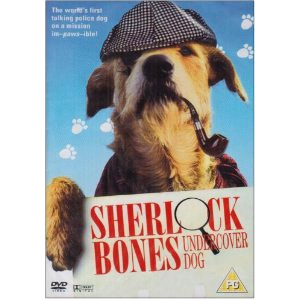 There we go, I'm getting the big gun out there early doors. I'm not sure why they added the subtitle 'Ace Detective' because there's no additional pun involved - in fact, they even go out of their way to add a pun in the tagline ("The world's first talking police dog on a mission im-paws-able!"). Also, get this: he talks with a Scottish accent! For some reason! The blurb on the back informs me that Sherlock and young Billy "help catch some nasty smugglers who are spoiling the island" - and if you can't get involved in a movie with stakes that high, what can you get involved in? 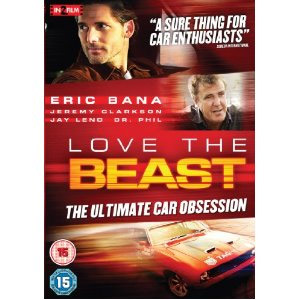 If you can find another film with a cover boasting a cast list of 'Eric Bana, Jeremy Clarkson, Jay Leno... & Dr Phil' then, sorry, that's the same film with a different cover. Love The Beast is a car documentary, directed and starring Bana, who enters his fixed-up old muscle car into a race thingy in Tasmania. It's a total vanity project on behalf of Bana but it's good if you like cars and the things inside the cars that make them drive fast. Pretty sure they've used a still of Hulk on the back though. Not on. 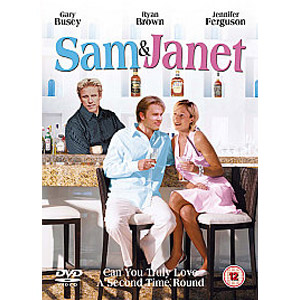 Unbelievably, whatever 'studio' put out this re-release of 2002 romance redesigned the cover to make Gary Busey's barman character more prominent - this is despite the fact it's actually fairly credible and won Best Screenplay at the New York International Independent Film Festival. I haven't got around to watching it yet, but I'm looking forward to the scene where Busey kills the guy with his teeth for not tipping. (Okay, I haven't got around to reading the plot synopsis yet either). 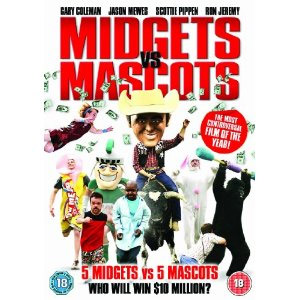 The last film ever made by Gary Coleman. That's got to be worth something, right? How about this piece of trivia from IMDB: "During the milk chug scene, several people dining at the restaurant got sprayed with vomit and fecal matter. The producers paid their dry cleaning bill to help smooth things over." I've never known a movie to be so desperate to try and offend me. Empire's Nick De Semlyen gave it 1 star and said "there's a reservoir of melancholy beneath the antic pranking", so I'm retroactively claiming I bought it to highlight the plight of showbiz midgets. 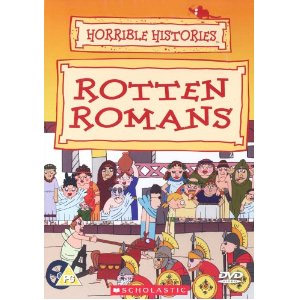 Read the rules, motherfuckers: at no point does it say the £10 DVD Bargain Challenge is restricted to just films. We didn't actually write any rules, but that's besides the point. The fact is, the excellent Horrible Histories series is a totally brillo way for kids to get engaged with history and has its fair-share of potentially racy jokes that'll fly over the little ones' heads for the grown-ups, too. It's hardly a DVD of substance, but it cost a quid and it doesn't have Dolph Lundgren in it, which should count for something. Excuse me for trying to broaden your HORIZONS, you JERKS. 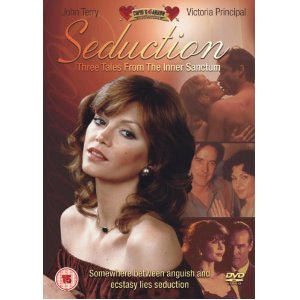 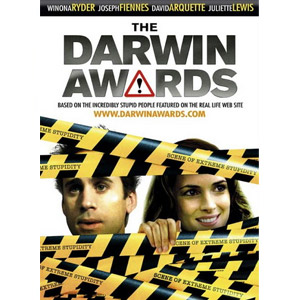 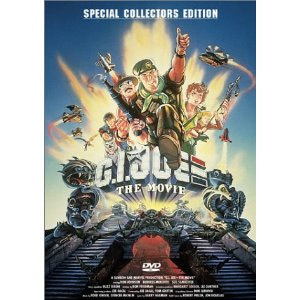 You can take your Sienna Millers and your Channing Tatums and your whichever Wayan it was and cram them in your cramhole, because this animated effort from 1987 is the definitive GI Joe movie. Notice how I said that with an air of authority, like what Mark Kermode might say. It's got everything you want from what's basically an American Action Man: growling, explosions, hats, characters called Dr Mindbender and so much machismo it almost makes you want to support America at the Olympics. 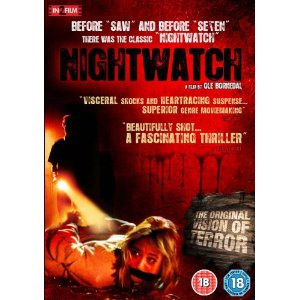 Okay, so it's not the Russian one about vampires that wasn't actually very good, but it is the Nightwatch that predated Saw and Seven. If you want some hipster credentials, it stars Nikolaj Coster-Waldau from Game Of Thrones and Headhunters and is actually the Danish original that was remade by Ewan McGregor (*adjusts horn-rimmed, lensless glasses*). A serial killer thriller about a law student moonlighting as a security guard in a morgue, it's the kind of thing that Jo Nesbo or Stieg Larsson would have written if they hadn't been such workshy freeloaders back in 1994. 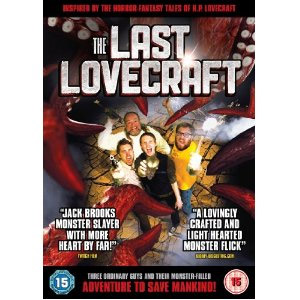 Luke: Alistair, I am disappoint. Not only have you sullied our competition with a documentary (featuring Jeremy fucking Clarkson what the fuck?) and a TV show, you've also nakedly attempted to curry favour with porn - softcore too! Things get worse with Midgets vs Mascots: something I can't even muster ironic enthusiasm for. Fortunately for you dogs in hats carry a LOT of weight - although an over-exposure to Wishbone as a child has muted the effect somewhat. Still, a great find. Does it ever paw at a violin, or do a little comedy cough when it smokes the pipe? Haha look at its little lungs struggle.

The Darwin Awards is so unusual I cannot actually comprehend the where/what/why, and can only conclude it was a product of the Dotcom boom and Winona Ryder's 'trouble years'. Something Something With Gary Busey and Nightwatch look utterly forgettable. The only saving graces are the GI Joe movie (purely because it reminds me of the Fensler PSA clips) and the Lovecraft thing, because it looks like they had a lot of fun making it and that comes across in the trailer. 6/10 ps please can I borrow Tales From The Inner Sanctum when you're done with it, thx.

Matt: A mixed pot for sure, with one - dare I say - unqualified choice? The Rotten Romans DVD, is I think actually just an episode of kid's TV show Horrible Histories (a quick google search reveals that the DVD runtime is just 23 minutes). So a pound is a bit steep, especially when the rest of your choices shows what quality purchases you can really get for that money. Because, luckily, some standout choices save the whole pack. Sherlock Bones? Yes, please. Midgets Vs Mascots? Sign me up. The GI Joe movie? Already own it and consider it - completely unironically - to be a brilliant film version of one of my fave nostalgia fixes. Without these, the car documentary, soft porn and low-rate horror only pique my interest to a score of about 'five', but these inclusions bump it up to a seven easily. Actually, fuck it: Sherlock Bones deserves nothing less than an 8/10.

Ed: Some flagrant disregard for the competition's boundaries here. I move for Sherlock Bones to be stricken from the record on the grounds that I've actually bought it before (as a joke gift for someone, not that that stopped the colossal douche behind the counter in Kingston CEX sneering at me until I told him it was a present for a dying child), and therefore it doesn't count ... somehow. Furthermore, with reference to Horrible Histories, I definitely remember thinking at some point that TV DVDs shouldn't be allowed, and certainly intended to put it in an email somewhere. The fact that I have searched through all our correspondence and fully accept that I never mentioned it is scarcely the point. In summary, you have broken some rules that were in my head, and in a way doesn't that make you worse than, say, Fred West?

Overall, though, I can't help but feel a little let down by some choices. I'll take GI Joe The Movie, but the rest: meat and potatoes. Was going to be 6/10, but right at the last second I noticed the cast list of Midgets vs Mascots, which bumps you up to 7/10. Just.

Rob: I don't care what grumpy Ed says about Sherlock Bones. There's plenty to enjoy about a dog smoking a pipe whilst wearing a deerstalker hat. And he still manages to be an 'Undercover Dog’. In what social circles is he blending in to? Love The Beast and Midgets vs Mascots? They're not even that old, so well done there. I remember Eric Bana banging on about his car on Top Gear a couple of years ago, and I also remember when Gary Coleman died.

Nightwatch is the hipster douche of your collection. I really hate films that like to make the point they did things before anyone else did like they're some kind of visionary, despite the fact NO ONE saw it. The cover looks a little too rapey as well. Nightwatch can fuck the fuck off in my opinion. While I'm at it, the Sam and Janet cover looks a bit date-rapey. However I applaud, G.I. Joe: The Movie and the controversial choice of Horrible Histories. I read them all when I was younger so fuck anyone who says it's broken the game rules. I'm going to give you a solid 8/10. Ha, a dog in a hat. Classic. Total score:
29/40 + 10 bonus points for buying 10 DVDs = 39

We should have probably figured out a prize for the winner. Getting to take home all the DVDs sort of seems like a punishment.