Me in Los Angeles is not normal. Like most Brits abroad, I couldn't figure out how to dress: you either go big and go shorts and then suffer the exquisite chill of overpowering air-con, or you hide your chicken legs in jeans and risk whipping up soup in your pants. I needn't have worried: unless you're wearing the kind of cosplay that takes three months' salary to create, no one is looking at you. D23 was intense in ways I could not have possibly expected, and my trip was peppered with bizarre highlights that I felt needed further documentation, like I was on some Louis Theroux-powered jolly.
Paul Young was on my plane 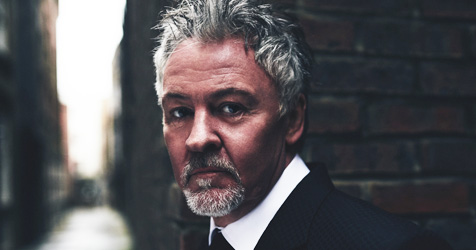 Yes, the singer Paul Young. 80s idol Paul Young. Now sporting a daring Yewtree-esque salt and pepper goatee and presumably still dampening no small amount of housewife gusset. Oh, LA! I knew you were packed with celebrities, but before I'm even through customs? How delightful! I first noticed Paul Young in the queue for passport control, where I had fun imagining the conversations he'd have with immigration officers reading his customs card. 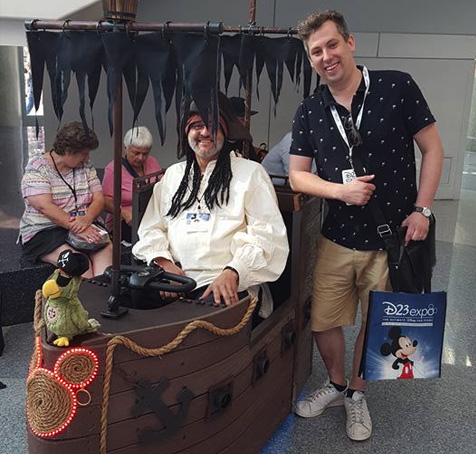 This was the first guy I saw at D23, literally about eight seconds after entering the Convention Center, so he set the tone for the weekend to come. What you can't see in the photo is that he had a little button which played music from the soundtrack, and also a hand fan that created a breeze with which to ripple the sails. This guy fucks.
The cast of Dancing With The Stars paying homage to Stan Lee via the medium of interpretative dance 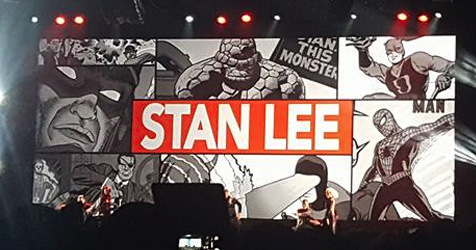 The Legends induction panel was actually quite sweet and it was a real treat to see Stan Lee before he... well, y'know. He got all choked up talking about Jack Kirby, who was posthumously inducted, and the whole event was sincere and rather moving. All of which made the decision to have the cast of TV dance show Dancing With The Stars perform a tribute to the comics legends in the form of a sexy superhero funk dance very odd indeed.
People queued to take photographs of a model 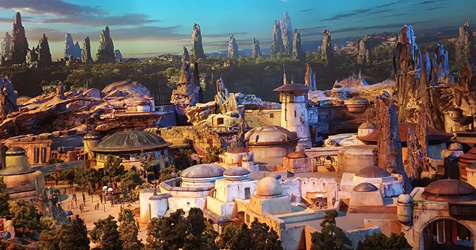 I can't bring myself to be sniffy about fandom this fervent. If you want to queue overnight to see a trailer or pay upwards of $50 to get an autograph then buddy, more power to you. But there were moments at D23 where I had to stop to process the sheer lunacy of the queues. The big panels and Q&As had big queues: expected. The on-site Disney Store had queues: surprising, but expected. The peak of queue madness came when I realised I had joined a queue to enter the Star Wars: Galaxy Of Stories area, where the main attraction was a scale model of Star Wars Land, the soon-to-be-opened section of Disneyland. That's right: I queued to take a photo of a model of a section of a theme park. And it didn't even feel weird. For what it's worth, in the time it took me to get that photo, I could have probably walked over the road and got into the actual Disneyland.
Scrooge McDuck's money bin attracted all sorts 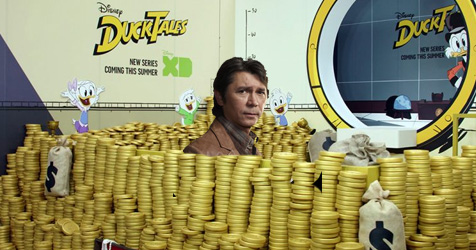 In a genius piece of PR for the new DuckTales animated series, marketeers erected a replica of Scrooge McDuck's infamous money bin, replacing cold hard cash with much more agreeable plastic coins. Clearly this was a hotspot of the Expo if the snaking queues were anything to go by, and it was while waiting for my adult colleague to fulfill his lifelong dream of jumping into a money-themed ball pit that the most surreal moment of D23 occurred. When one particularly excited fun-haver spilled a few coins over the side of the bin, a woman appeared as if from nowhere, dressed as Mary Poppins but with a prosthetic Miss Piggy snout. Quick as a flash, she pinned a loose plastic coin with the nib of her umbrella with laser precision; then, after doing a quick check for watching security, expertly slid the coin under her large dress before hot-footing it out of there with her booty. Then I looked up and the person jumping into the money bin was Lou Diamond Phillips.
Someone dressed as a fidget spinner, but a Disney fidget spinner, so that's okay 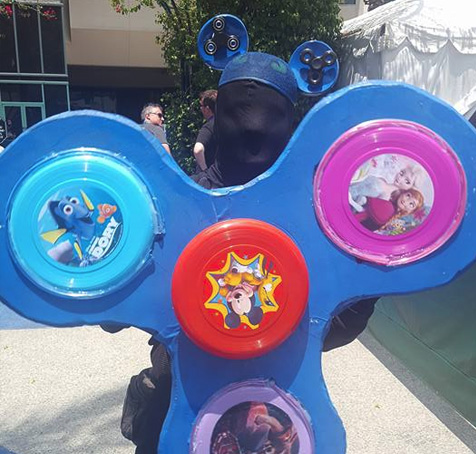 I'm not sure what led to this decision, photos of which will almost certainly be looked back on in 10 years with bafflement, but someone decided the costume they wanted to wear to D23 wasn't a Princess or a Marvel superhero or a hat with Mickey ears on it. They had to be a fidget spinner. They had to. What I liked about this was that there was absolutely no question that the black body stocking had to cover the head and face as well as the body, even in 100 degree heat, because otherwise they would have just looked weird.
A guy driving in an open top Jeep blasting out old school hip hop with a bulldog hanging out the window and a large bone hanging from the roof rack 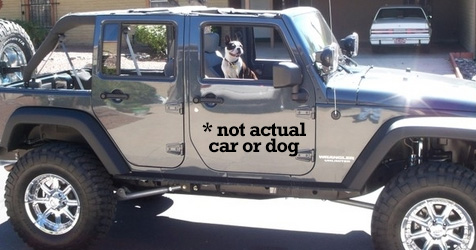 I'm thinking he's maybe the LA equivalent of the 'Sinner Guy' or whatever you call your regional town centre weirdo. The bulldog looked like he was enjoying the ride, if that means anything to you. I had popped out for a pilgrimage to a 7-Eleven and ended up buying a bag of Doritos as big as my head: I passed him on the way there going up the road, then I passed him again on the way back and he was still driving up and down the same stretch of road, loving life, just bloody loving life.
John Lasseter maybe kinda nearly killed a bunch of people with a t-shirt gun 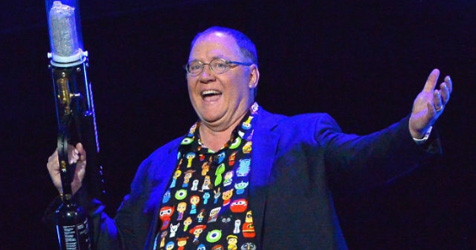 The animation panel, held by Walt Disney Animation Studios and Disney-Pixar, was the high-point of the Expo for me: I saw clips of Wreck-It Ralph 2, The Incredibles 2, cool stuff from Toy Story 4 and that new Planes sequel that weirdly no one wants to talk about. But the most memorable moment from the panel was Animation Guru John Lasseter bursting onto stage accompanied by two female models, wielding a t-shirt gun and firing with no mercy. One shot into the crowd was aimed too high and the t-shirt pellet ricocheted off one of the metal light fittings overhead, leaving it swinging perilously. Everyone was too hyped to notice but all I could think of was how close we came to a truly bizarre news headline the morning after.
There was a Pizza Hut in my hotel 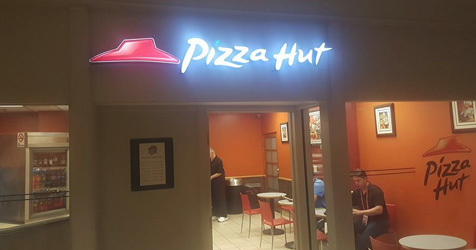 A scaled-down Pizza Hut, granted, but a Pizza Hut all the same. It got me thinking how likely it would be that I would theoretically book a stay in a hotel completely built, owned and serviced by Pizza Hut - a Pizza Hutel, if you will - and obviously the answer is extremely likely. Only in LA, I assume!

More:  Disney  D23  Comic-Con
Follow us on Twitter @The_Shiznit for more fun features, film reviews and occasional commentary on what the best type of crisps are.
We are using Patreon to cover our hosting fees. So please consider chucking a few digital pennies our way by clicking on this link. Thanks!