A few weeks ago I went to the press launch of Sound Of Cinema, a forthcoming three-week season of programmes on the wireless and tellybox provided by the BBC, God bless 'em. In all honesty I should have brought this to your attention sooner but then they went and announced Peter Capaldi as the new Doctor and I decided I should catch up on the last four series having not seen them but let's face facts that's neither here nor there anyway where was I?


Let’s be frank: it's about ruddy time we got something like this. All of us love our movie music to a degree that varies from humming the Superman theme in the shower (me) to writing and recording our own score for The Fifth Element because we can't bear the existing one (a man I know called Tim, who is insane). But there's surprisingly little out there that talks about it and celebrates it and investigates it and picks it apart to help us understand how and why it works. Empire's recent soundtracks celebration was a glorious achievement, and a certain discontinued film blog (*sniff*) did an immense service providing weekly playlists of the best film music on Spotify, and now what Auntie has planned for September looks set to be another enormous pressie in the Christmas stockings of movie lovers. And it's not even Christmas yet, thank Christ.


Sound Of Cinema Season is one of those amazing things that the BBC does so well, and it's using a huge range of its outlets to pump gorgeous movie tunage into our earholes for the best part of September. Here's a brief rundown of what to expect to hear on your radiowave receiving device if you like your sound unencumbered by pictures:


Arguably the centrepiece of the season, though, is a three-part BBC Four TV series, conveniently titled Sound Of Cinema and presented by the mighty Neil Brand who, among other things, composes scores for silent films and performs them all over the world. The first time I saw Buster Keaton's The General was with Neil performing live alongside, and it CHANGED MY LIFE. I had a brief chatette with him about Sound Of Cinema, what follows is an approximate representation of that chat in written form. 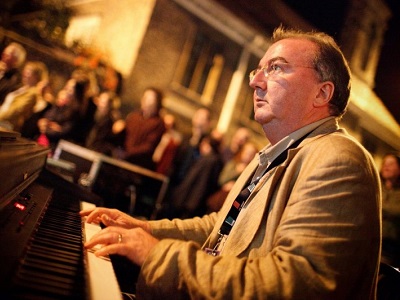 : Hello Neil. So this Sound Of Cinema season all looks a bit special. How did the idea come about?

Neil Brand: I'd worked with the BBC Factual department on Paul Merton's silent movie documentary series, and took them the idea of a 3-parter on film music. It took a year to develop, including filming a taster for the series, then it was very gratifyingly snapped up by BBC Four! We took nearly five months to make it, including three weeks filming in the States.

What do you hope viewers of your TV series will come away with?

NB: I hope they'll find the music's a bit further forward in the mix when they next go to the cinema - the series is a bit of history and a bit of analysis, and the analysis is really bringing out what we all instinctively feel in hearing music with film, but maybe haven't actually caught it working in that way before.

: Apart from yo bad self, who else is spilling their guts about movie music on the programme?

: That's quite a roster of amazingness; is there anything you had to leave out?

NB: Vast amounts, both stuff we filmed and composers and films we haven't mentioned - three hours isn't long to deal with all of film history. Mark Cousins took a day and a half! Unfortunately some complete interviews ended up on the cutting room floor, and I got 75-90 minutes of material out of each of the interviewees, so only a tiny fraction made it to air. What's in is the gold dust though, without a doubt - I'm told there's a real possibility of longer versions of the interviews in the series going online when the programme goes out. I hope that's the case.

Wowzers. I knew Mark Cousins spoke slowly, but that's something else. What did you, personally, enjoy most about making the programme?

NB: Meeting my heroes and finding them to be, without exception, thoughtful, inspiring and self-deprecating people - it's a collaborative art, you can only be so much of a diva. Also a form of right of reply like this doesn't come along for them very often so we got great, thoughtful answers to our questions.

: One of those heroes is Hans Zimmer. What's he like? He seems bonkers.

NB: Yup, he is, up to a point, but also very likeable, and a showman. He was the one I went in expecting to disagree with and he actually won me over, in terms of both his approach and his sound. It helped that he's done out his own workspace in the Zimmer factory in the style of a turn-of-the-century Viennese bordello. If a turn-of-the-century Viennese bordello had racks of synth modules built into the plush velvet walls, that is... 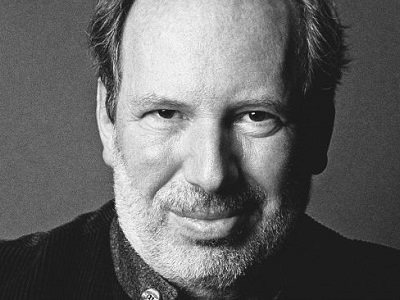 That Superman vs Batman gig is going to pay for a whole lotta velvet.

: Oh my God that sounds incredible. I want to go to The Zimmer Factory. Now then, serious time: it's great that this season is happening, but why do you think there isn't more programming devoted to film music?

NB: It's an expensive subject, with rights clearances and so on, and there was until recently an assumption that film music was too technical to be accessible. It's also taken a while for film music to be seen as anything other than specialist; there was a time not long ago when it was looked on as a niche for geeks. Now the classical music industry has to take film music seriously because of its popularity, and because it's most people's regular exposure to narrative music. I'm curating fifteen introductions to classic film scores for BBC Radio 3 and that's a bit unusual, to say the least! It's natural BBC Four territory and with all the related events the Beeb are doing across all the national stations I hope this is just the start of the BBC taking film music much more seriously for a broad audience.

: Hear hear. Literally. OK, less serious time: you're stuck in a lift overnight. Sorry about that. Which three film score composers would you want to be stuck with and why?

NB: If we include dead ones, John Williams, Miklós Rózsa and Randy Newman. Williams would be great to talk to about music, generally; I would want to hear about Rózsa's technique with dark material and how he developed the 'noir' sound, and I would love to be a fly on the wall when Randy Newman is writing a song to do a specific narrative job in a movie - where to start? And how to produce something that fits so seamlessly into the world of Pixar/Dahl, whatever? And though I'd love to meet Bernard Herrmann he'd be such a pain in the ass stuck in a lift he'd just bring everybody down. I'd be tempted to throw him out to lighten the load.

: Fair enough. And which single piece of film music would you like playing on a loop through the lift's speakers?

NB: Alex North's complete score for A Streetcar Named Desire. It's my favourite CD, I play it often and it's proper music, with or without images.

Not sure a complete score counts as a single piece of film music, but I'll let you off just this once. Neil Brand, you're a one man band. Thanks!


So I think we can agree that this is all going to be jolly super. I've seen the first episode of Neil's programme and I should warn you that it's the kind of thing that will make you want to immediately go out and buy every film and/or soundtrack it mentions, so put a few quids aside now because Hans Zimmer's got a turn-of-the-century Viennese bordello to maintain and Christopher Nolan only pays him in small jars of home-made jam.

More:  BBC  Interview  Sound Of Cinema  Neil Brand  David Arnold  Hans Zimmer  John Williams  Film Music
Follow us on Twitter @The_Shiznit for more fun features, film reviews and occasional commentary on what the best type of crisps are.
We are using Patreon to cover our hosting fees. So please consider chucking a few digital pennies our way by clicking on this link. Thanks!