There is a new threat to cinema, and it isn't piracy or striking writers or rising production costs – it's movies like What To Expect When You're Expecting. Movie stars, plural, are the problem.


Hire one A-list actor to carry your movie alone and it could be considered a risk. Hire two A-list actors and not only do you lighten the load on your leads, but you double your fan base. Taking this formula to its natural conclusion, Hollywood producers have finally realised that casting as many high-profile actors as their budget will allow almost always results in box-office success, thanks to dozens of celebrity faces peering out from the posters, clogging up the airwaves with soundbites and congesting the red carpets. An unfortunate side-effect of this shameless star-courting is the cinematic equivalent of 'the bystander' effect, which renders the movies near unwatchable in their awfulness. 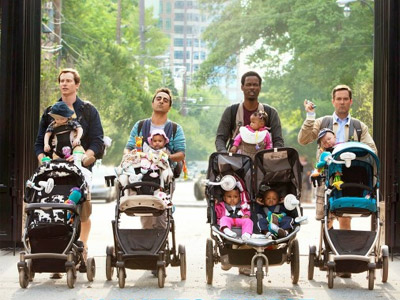 Sorry, Dudes Group, but I can't help but judge you.


The bystander effect (or 'Genovese syndrome') works like this. Imagine you're on a busy street when you see someone getting roughed up by a thug. The theory goes that the larger the group of people that witness the crime, the less likely it is that any of them will step in and help the victim. The mere fact that there is a crowd of other people present significantly decreases the chances that any individual will take responsibility. No one thinks they're doing anything wrong, but that poor sod continues to get roughed up while everyone puts their head down and assumes the rest of the crowd will deal with the problem. See where I'm going with this?

What To Expect When You're Expecting is the poor, mugged citizen: the result of a crowd of A-list stars turning up, clocking in, doing the bare-ass minimum and clocking off, thinking the other guys will pick up the slack. No one sees the bigger picture. Elizabeth Banks, Chris Rock, Cameron Diaz and J.Lo are the engineers who each build individual components without ever realising that, together, they've constructed a death ray. Head down, cash cheque, go home. Meanwhile, the cinemas burn. (If you want to be, y'know, a bit over-dramatic about it.)

No one involved, however, realises they are part of the problem. Take something like New Year's Eve, whose poster had eighteen celebrity faces beaming back at you from the bus stop. With a cast that large, do you really think each actor's six or seven minutes of screentime is going to require them to bring their A-game? Robert De Niro, who features in maybe two or three scenes, is hardly going to bother going method when he's been offered a big fat paycheque for what could be no more than a few days' work. Ashton Kutcher can afford to be smug: despite being the movie's lead actor, he has a handful of scenes and still gets paid to have his name on the poster. And if the movie sucks? Who cares? It's not like he's the only one responsible. Blame Jessica Biel! Or Ludacris! Or Abigail Breslin! Or better yet, Jon Bon Jovi! That idiot really dropped the ball! 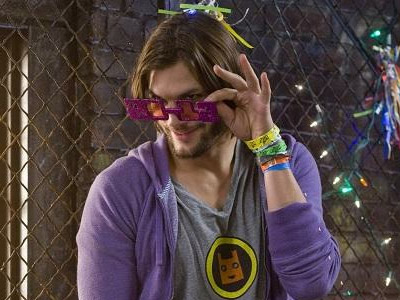 "Now if you don't mind, I'm going to continue being an insufferable millionaire."


Let's stack up the facts. 2008's romcom ensemble He's Just Not That Into You took $178 million from a $40 million budget, with Bradley Cooper, Drew Barrymore, Jennifer Connelly, Scarlett Johansson, Jennifer Aniston and Ben Affleck on the cast sheet. By all accounts, it stank, registering a combined critics' score of 47 out of 100 on Metacritic.com. Garry Marshall's 2010 effort Valentine's Day cost $52 million but made $216 million, with 19 big names on its poster and a Metacritic score of 34/100. Marshall's follow-up, New Year's Eve, cost $56 million but still made a $31 million profit, scoring 22/100 for its trouble. The formula is clear: pack every square inch of your movie with famous faces and bums and seats will become one – even if your film is little more than a bucket of celebrity chum.

Obviously there are only so many ways this template can be exploited. Large ensemble casts demand screenplays that forgo linear storytelling in favour of a patchwork of loosely-associated scenes, say, based around a popular holiday or event (Garry Marshall has already joked he'd like to make St Patrick's Day; our Christmas Day parody now somehow doesn't look quite satirical enough). No one is buying tickets for these movies under the pretence of story or drama, only star-spotting and the vaguest of themes. Father's Day? Pancake Day? St Swithin's Day? Ashton Kutcher can sell all of these with minimum effort – they should rename the bystander effect 'Ashton Kutcher syndrome' (although, to be fair, there are plenty of afflictions which deserve to bear his name).

Not enough days left on the calendar? Self-help books have a big enough scope to accommodate 20 stars and their trailers, particularly as they have no narrative structure to speak of – write whatever movie you damn well please as long as it's about relationships/pregnancy/tricking women into sex (The Game, based on the unofficial guide to belittling women by Neil Strauss, is coming soon in 2013). Why go to the effort of writing one coherent story when you can write 12 incoherent ones and lump them all together under the umbrella of a best-selling book? No writers are getting fired if their tacked-together, highly convoluted star vehicles are making moolah. All are absolved from blame in the event of success. 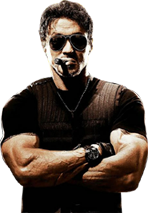 It's not true that all ensemble movies have to suck. Take The Expendables, for example. It represented the union of everyone who had ever flexed a bicep in the '80s in one glorious action throwback, but not only was it led from the front by talisman Sylvester Stallone – never one to rest on his laurels, even at age 65 – but it was staffed by a roster of actors who felt they still had something to prove. No one, not even Stone Cold Steve Austin, shirked their responsibility on that movie – even if you thought it was terrible, you can't deny Stallone and friends were doing their damnedest to deliver.

Similiarly, some directors are capable of summoning call sheets that read like celebrity bibles. Steven Soderbergh's Haywire – essentially a mean, lean action movie that would usually be palmed off to a no-name ex-UFC kick-puncher – featured the likes of Michael Douglas, Ewan McGregor, Michael Fassbender, Bill Paxton and Antonio Banderas. Maybe they did board Haywire knowing their input would be minimal, but the difference is, they signed on with full knowledge that the ship had a captain and that an auteur as credible as Steven Soderbergh could be trusted to steer it right. No respected filmmaker worth his salt has the time to deal with any egos other than his own.

No one on New Year's Eve was expecting Garry Marshall to 'put his stamp on the movie'. No cast member on What To Expect When You're Expecting had any faith in Kirk Jones to 'put it together in the edit'. These movies are celebrity cruises: paid holidays with cinematic souvenirs at the end. As long as our obsession with celebrity culture continues, these movies will continue to be made and the bystander effect will continue to ensure their utter mediocrity. Quality matters not to the kind of audience easily impressed by a cavalcade of Hollywood smiles and pop star cameos.

Our only hope is that the economy continues to falter to the point where staying home and reading heat magazine is a more affordable entertainment solution - it has just as much substance as What To Expect When You're Expecting, and only slightly fewer celebrities.

More:  What To Expect When Youre Expecting  Cameron Diaz  Jennifer Lopez  Ashton Kutcher  New Years Eve  Rants  Serious Corner
Follow us on Twitter @The_Shiznit for more fun features, film reviews and occasional commentary on what the best type of crisps are.
We are using Patreon to cover our hosting fees. So please consider chucking a few digital pennies our way by clicking on this link. Thanks!