The Dark Knight has risen: 50 things you never knew about Batman

Every day for the last 50 days, we've been sharing information on Gotham's protector, The Goddamn Batman. Now, as the Dark Knight rises in, um, The Dark Knight Rises, we give you all 50 trivia tidbits in one gigantic injection of awesome. I feel like we all know Batman and friends that little bit better now, don't you?

2. The angriest Batman has ever been was the time The Joker ruined his perfect eBay feedback rating.

4. Bruce Wayne gets nervous around people with eye tics because he thinks they know his secret.

5. Commissioner Gordon once drunkenly deployed the bat signal after having a really bad day in the office, citing his colleagues lack of recognition at his latest haircut as the reason for summoning Gotham's protector.

6. Despite being a master detective and expert crime fighter, Batman still does not know how to clear his cache.

7. Batman once sulked for a week when Alfred accidentally threw out his Pokemon stickers.

8. Half of the devices in the Batcave are redundant because Batman can't get a decent wireless signal.

9. Whenever Batman captures the Penguin, he can't help but tell police that he's "p-p-p-picked up a penguin".

10. Batman has 'The Joker' by the Steve Miller Band as his ringtone. It amuses him. 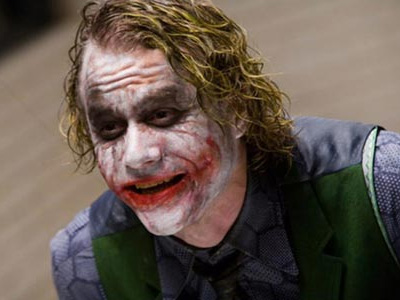 The Joker's ringtone is 'Sex On Fire' by Kings Of Leon.
11. Harley Quinn is the sister of former Arsenal and Sunderland striker Niall Quinn.

12. The Riddler is crap at sudoku.

13. Batman has turned down three requests from the BBC to let them use the Bat Cave for a Springwatch Easter Special.

14. Bruce Wayne once got drunk on an Egyptian cruise and tried to perform a citizen's arrest on the Sphinx.

16. Batman never knows what to put in the 'Vehicle make and model' section when he renews his car insurance.

17. Batman has broken six TVs by overexcitedly throwing real batarangs at them when playing Arkham Asylum on his PS3.

18. The last film Batman saw at the cinema was Bridesmaids. He thought it was funny but a little overrated.

19. Batman has always wanted to go to Ibiza.

20. Batman's favourite episode of Friends is The One With The Routine. 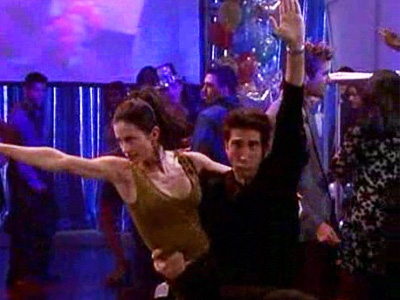 "It's just so silly," said Batman, who considers himself "a total Ross".
21. Batman's favourite National Lottery machine is Galahad.

22. Alfred doesn't have a room in the Wayne Mansion. Bruce makes him sleep outside in a specially made 'butler kennel'.

23. The radio in the Batmobile is permanently stuck on Magic FM, much to Batman's annoyance.

26. Alfred has an intense dislike for Mr. Bates from Downton Abbey.

27. Batman once spent an unsuccessful two weeks trying to adopt the catchprase "Bat's gonna get ya!"

28. A modest fellow, Batman blushes when referred to as 'the world's greatest detective'. He considers Bergerac to be far superior.

29. Despite its criticism, Bruce Wayne's favourite bat-suit is the one with nipples. "There's a hint of cheekiness to it which I just adore," he says.

30. During his hippy years, Bruce Wayne once got Lucius Fox to construct a rainbow machine. 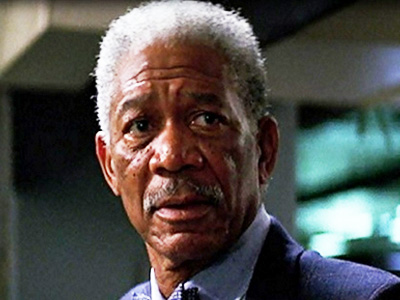 "Honestly, I was high as balls."
31. Whenever a small child tells Batman that they want to be him when they grow up, he obliges by killing their parents.

32. Batman dated Courtney Love for a brief period in 1996, but doesn't like to talk about it.

33. According to Alfred, Bruce Wayne's worst habit is "showing me his dumps".

34. The Scarecrow's greatest fear is actually of balloons.

35. Batman once punched a spider so hard it threw up.

36. The three notes Bruce plays on his piano to gain access to the Batcave are B, A and T.

37. Part of Alfred's job is keeping Bruce Wayne convinced that he's an expert guitar player, when in reality, he's only just mastered the opening chords to 'Smoke On The Water' after 19 years of practice. "He's dreadful, truly awful," says Killer Croc.

38. Much to his embarrassment, Bruce Wayne went blonde for a week in 1992. "He didn't leave the Batcave for days," recalls Alfred. "It was hilarious."

39. Before he was a homicidal maniac, The Joker honed his routine at the Comedy Store in London; Jimmy Carr once called him "one to watch".

40. Every year, Robin tries and fails to get past the audition stage of The X Factor. 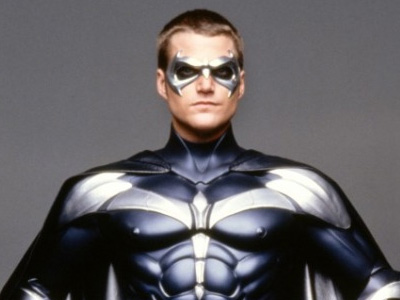 Simon Cowell once called Robin "an odious little man".
41. Before working for the Wayne family, Alfred once spent a summer as the personal butler of Kevin Keegan.

42. The Batsuit has NEVER been washed.

43. Bruce Wayne's only gripe with the batsuit are the hollow ears, which reshape his hair for hours after fighting crime and caused Alfred to once remark "Had a Bat Hair Day, Master Wayne?"

44. Ra's al Ghul was the founder of the magazine Razzle, which he named after himself.

45. Gotham is twinned with Margate.

46. Batman takes advantage of the Batcave's secret location by ordering pizzas and claiming them for free when they don't arrive within half an hour.

47. In an early draft of The Dark Knight Rises, Robin's absence was explained by Alfred enquiring when he would return from Summer Camp.

48. The Joker's greatest gag was changing the horn on the Batpod to go "AWOOGAH!"

50. Bruce Wayne also uses his Batman voice to shout at idiot contestants on Catchphrase repeats.
And that's Batman. I can't wait until something else is out next week. (*sees The Lorax on the release schedule, kills self*).

More:  The Dark Knight Rises  Batman
Follow us on Twitter @The_Shiznit for more fun features, film reviews and occasional commentary on what the best type of crisps are.
We are using Patreon to cover our hosting fees. So please consider chucking a few digital pennies our way by clicking on this link. Thanks!