The Land Before Time: where careers go extinct

You all remember The Land Before Time, right? The 1988 Stephen Spielberg/George Lucas-produced, Don Bluth-directed cartoon about talking dinosaurs learning important life lessons, that incited millions of kids to nag their parents into a weekly Pizza Hut pilgrimage just so they could ram their tiny hands inside the ill-fitting plastic puppets... right?


Well did you know as well as piles of merchandise, it also shat out a (woolly) mammoth 12 direct-to-video sequels? Although that's not really a surprise - if you can convince kids to force their greasy mitts into holes not designed for human hands, you sure as shit can get them to watch anything on TV. No, the amazing thing about the sequels are the guest voices they somehow managed to nab...
Kris Kristofferson - The Land Before Time VI: The Secret of Saurus Rock 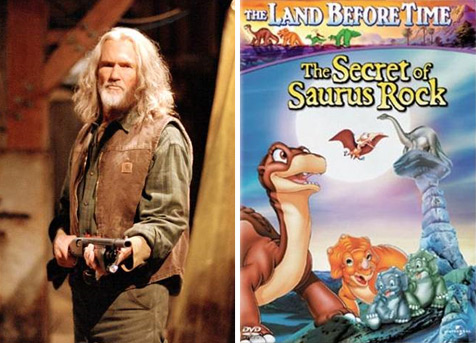 Well, what else would you do between filming Blade and Payback?
Michael York - The Land Before Time VII: The Stone of Cold Fire 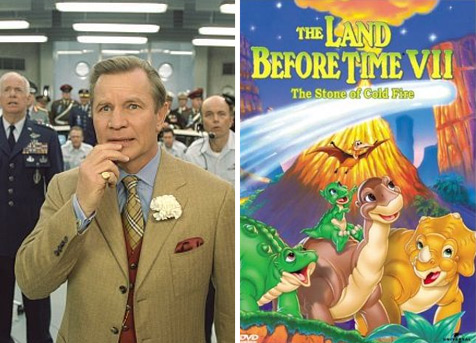 In all honesty I could watch a cartoon where Michael York voices every single character.
James Garner/Kiefer Sutherland - The Land Before Time X: The Great Longneck Migration 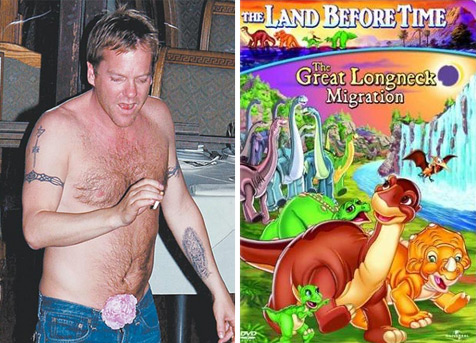 Garner I can understand, but Sutherland? Community service, right?
Michael Clarke Duncan - The Land Before Time XI: Invasion of the Tinysauruses 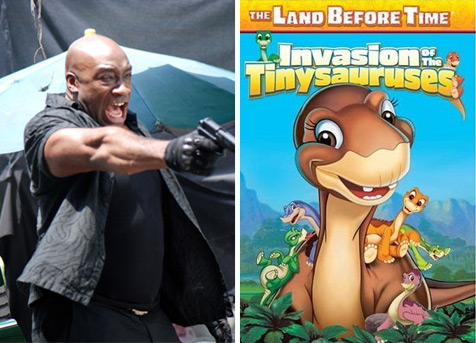 Please don't tell MCD we made fun of him appearing in a film that sounds like "tiny sore arses..."
Cuba Gooding, Jr. - The Land Before Time XIII: The Wisdom of Friends 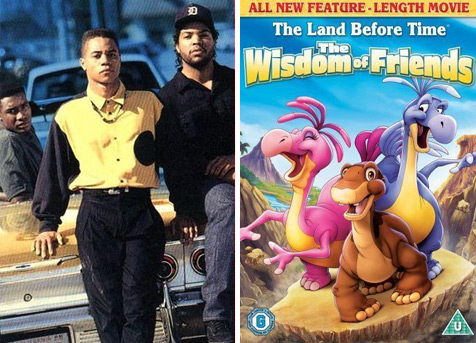 The early Cretaceous Period is a long way from the 'hood...
I think our work here is done. Time to close the site down, boys - won't need the Adwords revenue with all that Pulitzer prize money coming our way. Cher-ching!

More:  The Land Before Time  Dinosaurs  Animation
Follow us on Twitter @The_Shiznit for more fun features, film reviews and occasional commentary on what the best type of crisps are.
We are using Patreon to cover our hosting fees. So please consider chucking a few digital pennies our way by clicking on this link. Thanks!