The problem with Sam Raimi's Oz prequel, illustrated by its own poster

There's something about Sam Raimi's Oz: The Great And Powerful that's been bothering me: it appears to be being marketed as Alice In Wonderland 2: The Rendering.


Sam Raimi is obviously a hugely talented director and by all accounts a nice guy, and I honestly want to like Oz: The Great And Powerful, because… well, see my aforementioned point regarding Sam Raimi. However, I'm starting to feel quite uneasy about the way the film has been marketed thus far. First and foremost, a pointer: if your film is from the director of Spider-Man and The Evil Dead, you do not need to keep referencing a film that most people over the age of seven hated. 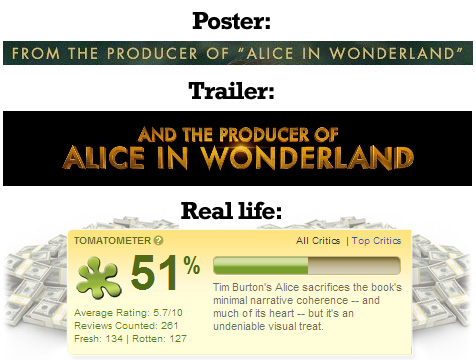 Maybe your experience of Alice In Wonderland was different from mine, but I thought it was a gaudy, over-saturated, technicolour nightmare – like a sparkly unicorn turd that went on to sell for a billion dollars.

The new posters for Oz: The Great And Powerful are doing nothing to dissuade the comparison with the box-office-busting fairytale. The trailers present Oz as a world bustling with colour and life – that's how it should be, given that The Wizard Of Oz was the first movie many audiences ever saw in colour. But I fear a CG universe, like the overblown, over-busy Oz we've seen so far, doesn't even come close to representing a similar technological leap. Yellow brick roads and Munchkins? Try GARISH DIGITAL LANDSCAPES and MINI FLYING GOBLINS and TREEBEASTS and BILLIONS OF FLYING MONKEYS and HOT PIXEL RENDERING for size.

Sam Raimi understands your concern. He knows you can't tell a story with location alone. That's why he's focusing on what really matters: the characters and the story. Just listen to him quell your fears.

"
"
"It really is all about these characters and their interactions with each other, the friendships they make, how some of them are sinners, how they hurt others and how those sins can grow.

It's about finally recognizing that the things you do in this world have consequences, and how to be the best person you can be. That's really the story of this film. It's about recognizing the mistakes we've made and moving past them, and growing into something better than you were when you started out.

The most exciting type of story for me is the one with a little bit of character growth, and I think James Franco's character has a little bit of growth in this story."
That's all well and good, and it may very well be the case, but this new poster does a terrible job of communicating that focus on character visually. Roll your mouse over to see why I'm concerned. 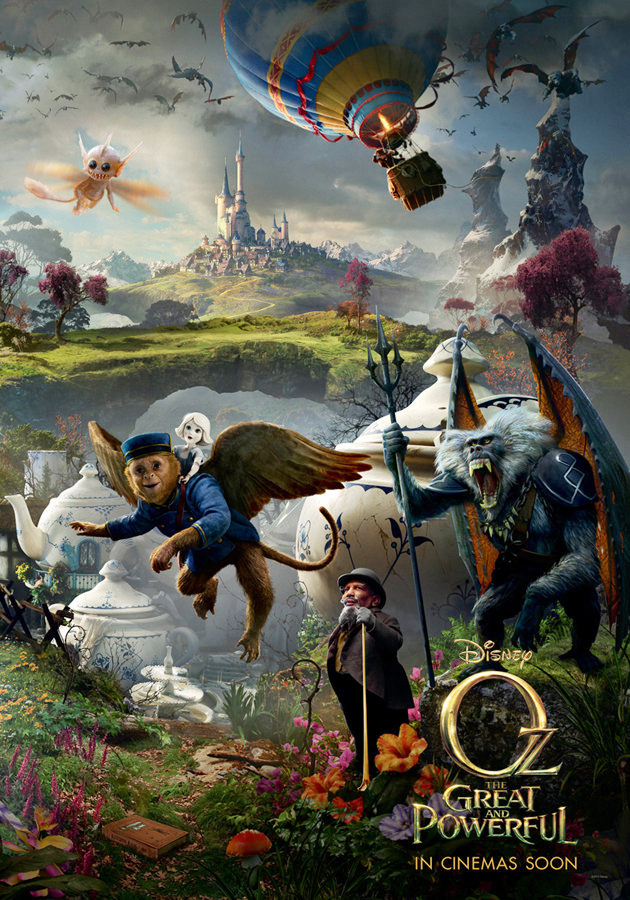 
The other 99.862%? Horrible CG bullshit, arranged in a horrendous montage that makes a trip to Oz look as about as appealing as having your breakfast cereal spiked with industrial strength LSD. Three flying CG creatures get more poster space than Franco; even the 'hilarious' comedy dwarf is ten times his size (way to throw off any sense of scale, guys).

Oz: The Great And Powerful looks like it's being sold as a spiritual successor to Tim Burton's Alice rather than a prequel to One Of, If Not The Greatest Films Of All Time. It's telling that the black and white portion of the trailer - meant to represent the time before true creativity enters Oz's life - is by far the most visually arresting.

More:  Oz The Great And Powerful  Sam Raimi  James Franco  Posters
Follow us on Twitter @The_Shiznit for more fun features, film reviews and occasional commentary on what the best type of crisps are.
We are using Patreon to cover our hosting fees. So please consider chucking a few digital pennies our way by clicking on this link. Thanks!