If I was Kathy Kennedy, I would spin you a line about 'creative differences'. If I were Slashfilm, I would use 1,500 words to find a way of saying 'I don't know'. I am neither of those things. I am an honest man, and I have uncovered the truth about exactly why directors Phil Lord and Chris Miller were removed from the Han Solo movie and replaced with the guy out of Happy Days. These are all true. Even the ones that contradict the other ones.


The unofficial line from LucasFilm is that Lord and Miller were removed from the project for "excessive use of fidget spinners".

Either Lord or Miller was known to have wiped their ass on Chewbacca; when confronted about it, each man blamed the other, perfectly executing a watertight alibi.

Every Friday, neither Lord or Miller would show up for work, but would send in a surrogate called 'Lord Miller' who was clearly not qualified to direct a major motion picture, nor was he part of the aristocracy.

The pair tired of Kathy Kennedy's insistence on summoning them to a giant black obelisk on a lava planet where the hooded LucasFilm exec would appear in a flickering blue hologram to relay her notes. 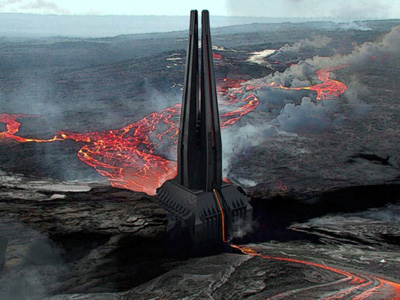 
Rumours suggested that Chris Miller was actually being remotely controlled by a vengeful George Lucas, who sought to exert his influence over the new Star Wars movie from his underground volcano base.

The pair made an unforgivable blunder when they incorrectly referred to a 2-1B surgical droid on the set as a DD-13 tripedal medical droid, when everyone knows the 2-1Bs have modular limbs with hypodermic injectors.

They kept leaving the lens cap on.

I heard from my friend Lacey whose hot cousin who worked on the set over spring break that Lord and Miller were, like, really cliquey and only ever spoke to each other in their own little nerd language, and it was like, hello, there are other people on set, you two aren't married, you know, like what's so funny you can't tell the rest of the group, God. 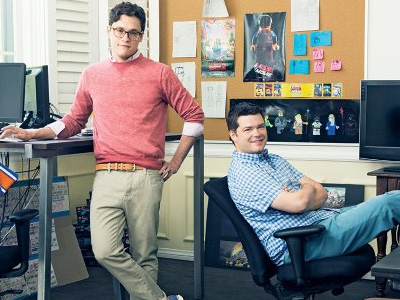 "I heard they got let go because of that sweater oh my god lacey lol :-)))"


The creative talent behind each of Lord and Miller's successful movies was neither of the men themselves but actually their exasperated yet under appreciated friend Daryl, who they would invite to set then leave to do all the work while they goofed off. When Daryl went to prison for manslaughter during production on Han Solo, Lord and Miller had to admit they didn't even know how to turn the camera on.

Woody Harrelson insisted that his character would be the kind of space guy that would constantly be ripping huge bong hits and neither Lord nor Miller stood up to him, because of peer pressure.

Lord and Miller insisting on clumsily shoehorning in a scene where Solo buys and wears a pair of jean shorts that were two sizes too small, so when they split they could add the line: "Han's jorts burst".

The pair got a reputation for loudly eating Sour Cream & Chive Pringles while shooting, which angered star Alden Ehrenreich, who made it clear from the beginning that his favourite flavour was Ranch. (European readers may not be familiar with Ranch as it is not a flavour that travels well outside of the USA and is only available by import. In America, it is one of the five core flavours of Pringles that are stocked nationwide, along with Original, Texas BBQ, Salt & Vinegar, Nacho Cheese and the aforementioned Sour Cream & Chive variety. Ranch flavoured Pringles were launched as a limited edition for the holiday season in November 2005 and though the flavour is artificially recreated, containing none of the ingredients typically found in Ranch dressing, high sales numbers convinced executives at Kellogg's, Pringles' parent company, to roll the flavour out on a permanent basis, which they did in September 2006. However, EU regulations on excessive artificial flavouring and E-numbers mean that stockists cannot legally sell Ranch flavour Pringles in several markets, including the UK, unless they are imported and marked up as 'special items', with a customs tax surplus added to the local price point).

More:  Star Wars  Han Solo  Phil Lord  Chris Miller
Follow us on Twitter @The_Shiznit for more fun features, film reviews and occasional commentary on what the best type of crisps are.
We are using Patreon to cover our hosting fees. So please consider chucking a few digital pennies our way by clicking on this link. Thanks!