This article has Star Wars in the title

Yes, this is the Star Wars feature you are looking for. Hahahaha. That’s a Star Wars reference.


Star Wars: The Force Awakens is out in cinemas this week! So what better time to publish this here Star Wars feature, which perfectly ties in with the release of the new film and capitalises on all the peak interest in the franchise? After all, we wouldn’t get half as much site traffic from this article if we published it back in May. Or in 2012 when I first wrote and published it.

But that’s ok – that’s how this works. Fans eagerly excited for this week’s release of Star Wars: The Force Awakens have been busy consuming every last drop of online media related to the film. And if you’re here, it’s because clearly you need something else to read about Star Wars: The Force Awakens. Well then, let us help you Obi One Kenobi, because we are your new hope.

This article may not be as informative as all the 'questions asked/answered about this week’s Star Wars: The Force Awakens' features, which actually reveal nothing new about the film whatsoever. And it might not be as fun as those quizzes you did that revealed you only know Star Wars 90% well, but it’s ok because the character you are most like is Leia, and she’s cool. 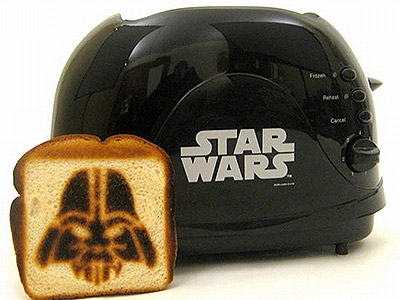 This is a thing that people are suddenly including in their listicles again.


No, this article isn’t like those other articles, but it IS about Star Wars and, most importantly, has been published during the week of release of Star Wars: The Force Awakens, so it counts as good editorial content.

And it’s clearly not just cynical clickbait, because a lot of work has obviously gone into writing this feature. It is, after all 285, no wait, 288 words long so far, which I think anyone would agree is more than enough words needed to be considered a fully-formed article in its own right, and therefore there’s not much more that needs to be said here. Except, maybe: "let the Force go with you". Hahahaha. That’s another Star Wars reference.

Don’t forget: This call to action to remind you that Star Wars: The Force Awakens is released this week is only further validation for this feature to exist.

More:  Star Wars  Star Wars The Force Awakens
Follow us on Twitter @The_Shiznit for more fun features, film reviews and occasional commentary on what the best type of crisps are.
We are using Patreon to cover our hosting fees. So please consider chucking a few digital pennies our way by clicking on this link. Thanks!