Thoughty thinkpiece: Are you gonna embargo my way?

There's a-beefin' a-transpirin' in the USA, as The New Yorker critic David Denby has broken the embargo for The Girl With The Dragon Tattoo, pissing off producer Scott Rudin in the process. Breaking embargoes, you say? A topic that's mildly hot? Watch out everyone, I'm throwing my hat in the ring! It's the one with the feather in it!


Long story short (he says, poised to write a gigantic essay), David Denby at The New Yorker broke the embargo for The Girl With The Dragon Tattoo by publishing his review on December 5th, a full eight days before the official go date. Emails between he and uber-producer (it says here) Scott Rudin leaked on to the web, and Rudin, understandably wasn't happy.

All critics agree to honour embargo dates when they attend screenings; the fact that the review was positive doesn't matter (you can read it here), nor does Denby's excuse hold any water (actual quote: "We had a dilemma: What to put in the magazine on December 5th? Certainly not "We Bought the Zoo," or whatever it's called"). 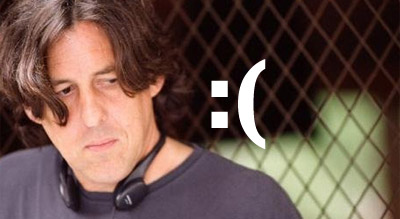 There is no excuse for breaking an embargo because your review is positive. Studios can not allow one reviewer off the line first because they've brown-nosed their way to the front of the grid with a four-star review. If a positive write-up is okay to be published ahead of time, it stands to reason you're a gigantic hypocrite if negative ones still have to play by the rules. It's all or nothing: everyone has to lump it.

Denby, rightly in my opinion, has been banned from seeing any more advanced screenings of Rudin's films. That's fair game: studios can't dictate the kind of reviews critics give their movies but the one thing they can control is the review date. That's a valuable marketing tool. Don't like it? You can't come. Take your light pen and your spectacles and your witty cartoons and fuck off. Thems the breaks, Denbo.
Before this segues awkwardly into a discussion on the validity of film criticism as a whole (but I have so many more Kevin Smith burns to use!), let me share my experience with embargoes. Even as a lowly blogger, I'm frequently asked to sign written embargoes, promising not to publish my review until the date requested, nor am I allowed to use social media to share my opinions.

Before I saw The Muppets last week, I was given the usual spiel, but writers in attendance were told they could "request permission from Disney" to tweet their opinions (I can only imagine how long, hard and fruitless that battle would be). With Fright Night earlier this year, there were two embargos: one a month after the screening for 'reactions', then a second another month after that for the full reviews. It's a clunky sort of workaround that's mostly due to the disparity between US and UK release dates, but they're not really much good to anyone.

I asked a few of the PR folk who follow me on Twitter what they thought of embargoes and how they handled writers with itchy trigger-fingers.

Room for improvement? I'd say so. A little wiggle-room? Maybe. The basic consensus? Breaking an embargo is not looked upon kindly. If you didn't immediately enter that bit.ly URL into your browser, it links to this, which perfectly symbolises the frustration caused by the rule-breaker and the futility of the response. Once the review is published, it can't be unpublished. The New Yorker are getting huge publicity out of this, Denby's review being the most read article on their site. David Fincher's solution, incidentally, is to show the film to no one before release, and nobody - least of all me - wants that.
I'll admit, I have broken a few before. The first time was for Transformers: Revenge Of The Fallen (don't remind me), because I was feebly rebelling against the nonsense of the aforementioned three-hour embargo. The other was for Harry Potter And The Half-Blood Prince, but I'm ashamed to say my only excuse was because I wanted to be first. I hadn't signed anything, nobody barely even knew who I was back then, and I wanted internet fame. Just look at me now, Ma.

I thought I wasn't hurting anyone, and no PR ever scolded me for jumping the gun. Possibly because no PR worth their salt checked TheShazbutt.com or whatever it's called. However, I did receive comments from other writers who were a little miffed that I'd broken rank, and if I could run my review, then why couldn't they? SCAB, they thought but didn't say.

David Denby's excuse that his magazine would have no decent content that week is not only insulting to Cameron Crowe, it's insulting to every other publisher who ran reviews of the films they were allowed to run that week. Nothing, NOTHING, makes you special enough to overstep that line, leaving hundreds of other, law-abiding reviewers fuming in your wake.

Film critics can be fragile little petals at the best of times, but make no mistake, they have the best job in the world: they get to see films they love, before anyone else, and for free. The least schmucks like David Denby can do is play by the same damn rules as the rest of us. 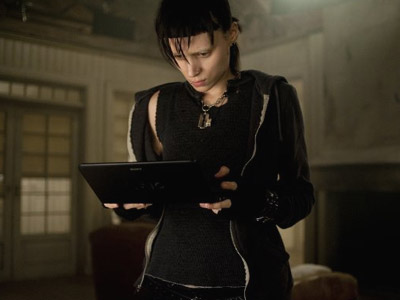 Something tells me David Denby should change his Hotmail password.
More:  Embargoes  The Girl With The Dragon Tattoo  Scott Rubin  David Denby
Follow us on Twitter @The_Shiznit for more fun features, film reviews and occasional commentary on what the best type of crisps are.
We are using Patreon to cover our hosting fees. So please consider chucking a few digital pennies our way by clicking on this link. Thanks!