TIL: Tom Selleck and Jamie Foxx are rival avocado-farming neighbours

It sounds like it should be the plot of a terrible movie, or the basis for a terrible sitcom, but i promise you, it really is just terrible real life.


Here's a story from 2007 that I'm presenting here as if it's news because I've just found out about it. To be perfectly honest, I don't even know if any of this is still currently true ten years on, but let's pretend it is because it all just deliciously absurd.

Tom Selleck lives on a 63-acre avocado ranch in California, where he grows avocados, farms them and presumably raises them as cattle to occasionally ride. No, I don't know anything about avocado ranches.

Interestingly - or not, really not - Selleck cares about his farm so much, he actually illegally stole 1.4 million gallons of water from a fire hydrant during the California drought between 2013-2015 and had to pay $21,685.55 to Calleguas Municipal Water District as a fine for being such a dick.

And in case this whole story was in danger of running out of mundane details, Tom Selleck doesn't even like avocados! He once told People that they make him "want to gag" in an interview that I can only imagine raced through all the Magnum P.I., Blue Bloods and Friends questions really early on and the interviewer was stuck asking Tom Selleck about guacamole. 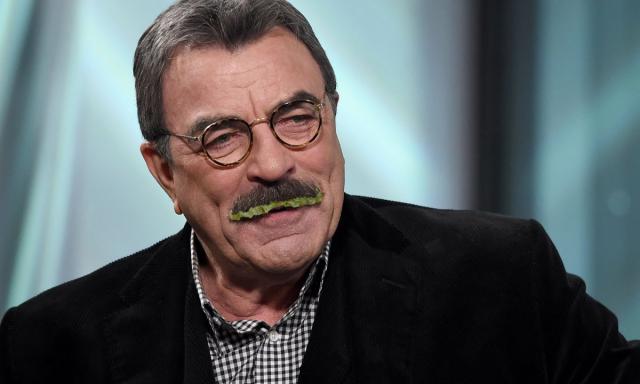 Obviously, this is the real reason he doesn't like it.


Here's the thing though, Selleck's ranch actually shares a fence with Jamie Foxx's property, which is also used as a farm for avocados. Foxx hasn't talked about it much, other than to say that he has hired a man named Mario who 'whispers' to the avocados and that's why they taste so great.

But whose avocados are better? Selleck's or Foxx's? Well, here's what Tom had to say about it about a decade or so ago:

"
"
My avocados are a little better than his and they're selling like hotcakes... Mine will sell more because my trees are older. I've got about 2,100 trees. Jamie has more but I lost 600 in the big freeze this year...
Imagine having so few problems in your life that you are able to throw avocado shade at someone. I hope Jamie Foxx heard about this dig and fought back in an interview with a diss about Tom Selleck's bowling skills or something.

Either way, I'm sure both parties have moved on by now and managed to avoid any turf war. Or maybe the whole thing has escalated and Selleck is setting fire to Foxx's latest crop as you read this.

Either way, I thought I'd remind you of what news looked like ten years ago.

More:  Tom Selleck  Jamie Foxx  Avocados
Follow us on Twitter @The_Shiznit for more fun features, film reviews and occasional commentary on what the best type of crisps are.
We are using Patreon to cover our hosting fees. So please consider chucking a few digital pennies our way by clicking on this link. Thanks!