Too soon: the end of Empire

This year's fifth season of Boardwalk Empire will be its last. Most good shows these days have the knack of stopping just at the right time, but for me, this one could have run and run.


It's true that, other than an illustrious second season that was scientifically proven to be the best thing of 2011, Boardwalk Empire has never been quite as good as it promised. Martin Scorsese's involvement, much-trumpeted around the pilot but less relevant since (Mark Wahlberg is also an executive producer, but no one seems to consider him a key creative influence in the same way) seemed in particular the key that would unlock a new Sopranos-on-Sea. The creative talent, the money, the network: it was all in place.

Once it became apparent that it wasn't going to be up there with the very best, I and most fans were happy enough to settle for "really good; occasionally brilliant". These flashes rewarded your loyalty: Jimmy Darmody's and his wife's shock deaths; the touching pathos of Richard Harrow's woodland suicide attempt; Michael Shannon's Nelson Van Alden, whose religious fervour was the same as his violent rage, just differently directed. It was, is, essential television. 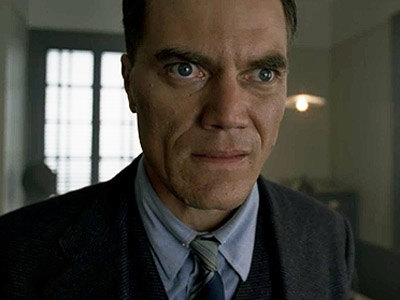 Michael Shannon, whose HBO contract obliges him to continue gurning ferociously on screen even after the show ends so that people can make GIFs out of him.


It's easy enough to moan about a show ending because you like it and don't want it stop. But really, I'm just confused. It seemed to me that it was setting itself up to go on beyond Prohibition, chronicling the history of organised crime in America.

The decision to use so many real-life figures as characters certainly suggested ambitions in that direction. Al Capone, Meyer Lansky, Arnold Rothstein, Lucky Luciano: these men profited through bootlegging then used the spoils to move out of their territories and organise crime on a national level for decades afterwards. We've watched them as young men getting their shit together and we've even just been introduced to a J Edgar Hoover barely out of short trousers. There's been a real sense recently that we were gearing up to follow these characters for years. As the main character, Nucky Thompson isn't even essential: this is perhaps the one show whose lead character you could remove and carry on without much problem, so potent is the wider cast of players. 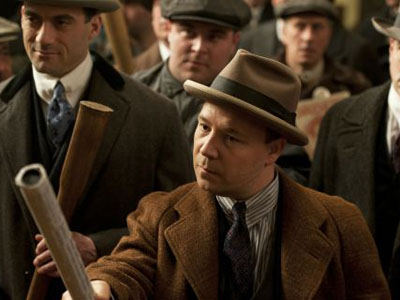 Who wouldn't be delighted if the fantastic Stephen Graham went on to land some great Hollywood roles off the back of his Capone? (*tousles his hair*)


This structure, a fictional narrative interspersed with real historical events, allows them to do anything at all. We've just seen the real-life assassination attempt on John Torrio, which led to his winding down and ultimately passing the Chicago reins to Capone. Most likely we were going to go on to see the St Valentine's Day Massacre, in which Capone wiped out several members of the Irish North Side Gang in one go.

But that's in 1929; at the end of season four we're still only in 1924. It's hard to imagine a satisfying conclusion to these characters' arcs when we already know the remarkable things they'll go on to do afterwards. The 1929 summit in Atlantic City said by many to mark the founding of the National Crime Syndicate would be an obvious end point, finally cementing Nucky's territory in the history of American organised crime. But they've covered one year per season so far. A five-year jump before the final outing would be pretty jarring.

This is no cancellation, with hope of a reprieve: Terence Winter and HBO have come to a mutual decision to end it. No other network could afford the production costs anyway. I'm not starting a petition or a Twitter campaign, but it looked to me like they were in it for the long haul, to Prohibition's end and maybe beyond. Shows what I know.

More:  Boardwalk Empire  Steve Buscemi  Stephen Graham  Michael Shannon  Michael Kenneth Williams  Martin Scorsese  Terence Winter  HBO  Sky Atlantic
Follow us on Twitter @The_Shiznit for more fun features, film reviews and occasional commentary on what the best type of crisps are.
We are using Patreon to cover our hosting fees. So please consider chucking a few digital pennies our way by clicking on this link. Thanks!