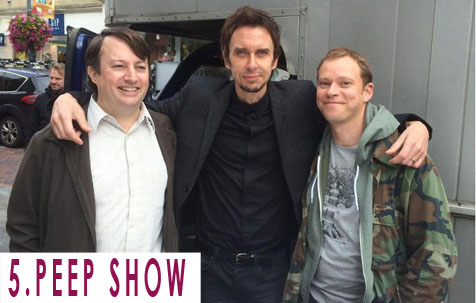 "It had to end some time": you hear this a lot. Since Gervais and Merchant popularised the idea of not pushing your luck with sitcoms and bailing out after two seasons, Peep Show has disproved the rule, remaining consistently funnier than pretty much anything else for nine. It probably could've gone on: the setup of two men's self-defeat as they live together miserably wasn't challenged by their age or external narrative demands.

But end it did, and not with a whimper but with a Super Hans wedding, a kidnapping and a snake in a soft-play area. As well as providing two of the most snortingly funny episodes they've ever managed, Peep Show continued to break new ground right up until the end. Its fluid relationship with sexuality has always been one of its most refreshing aspects – Mark thought he fancied Johnson for a bit, Jeremy and Super Hans sucked each other off in a drug fugue and no one said much else about it – and so when Jeremy started an actual full sexual relationship with a man in the final season, and this wasn't presented as a huge, life-changing character development with implications right across the board, you were reminded that this was one of the most innovative sitcoms we've ever seen in all sorts of ways. If you weren't too busy laughing at Mark's summation of existence: "Butter the toast. Eat the toast. Shit the toast. God, life's relentless." 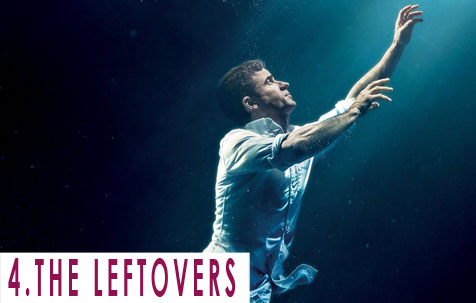 I like not to repeat shows from the year before in these lists, but The Leftovers, having been number one last year, came back so radically different that the rule seems irrelevant. Kicking off with an unexplained scene depicting a neanderthal woman giving birth and succumbing to a snake bite thousands of years ago, and then a new credits sequence with an incongruously upbeat country theme, it refused point-blank to allow you the comfort of knowing where you were, whether the old characters were coming back, or what in all fuck was going on.

As before, it stuck to its "explain nothing" maxim, but added to last year's concentration on people's struggle to deal with loss the possibility of a supernatural force, with Kevin haunted by visions of Patti, and Mary seemingly brought back to consciousness by a miracle. Its Sopranos influence, always implicit in its nods towards the metaphysical, was made more concrete by "International Assassin", a sort of dream episode for Kevin which mirrored David Chase's "Join the Club" for its layers of meaning relayed through the subconscious of the main character. It was a reminder that, if you're looking for your long-term Sopranos/Mad Men replacement, this is by far your best bet. 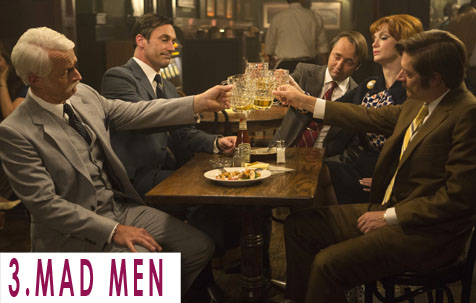 But before you went looking for a replacement, Don Draper wasn't quite done yet. Bunking off a meeting for the final time, he headed off to California, in a journey towards self-discovery and a satisfying resolution for the series as a whole.

Mad Men has been the most consistently thought-provoking, intelligent and well-written show of the last eight years or so, constantly asking questions of you, never shoving heavy-handed messages about race or gender in your face like a less subtle sixties chronicle would've done. Its conclusion was a lesson in how to do it: no sudden cut to black, just a realisation on its principal's part of what he's been doing wrong this whole time, with just enough ambiguity to leave room for debate.

Doing weekly recaps of its final episodes was the most satisfaction I've got from writing in a long time, because no episode left me short on questions, theories or points of interest. The prospect of going back to the start and discussing the rest of them, self-indulgent even for this site, is still an itch I might one day scratch, partly because it would be a great excuse to watch them all again. Look out for a wholly unjustified Kickstarter early this year. 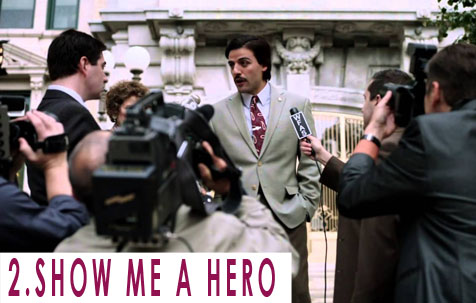 I've never been quite so head-over-heels in love with The Wire as I'm supposed to be, not least because everyone's insistence that it's only because I didn't understand it – which I bloody did, thanks very much – only makes me dig my heels in further. But David Simon's method of journalism through fiction, with story and character secondary to the message, is one I really admire.

This coalesced for me perfectly with his miniseries Show Me a Hero, an HBO six-parter documenting the ripple effect of a revolutionary housing project in Yonkers, New York in the 1980s. Drawing on similar pangs of injustice at corruption as Making a Murderer, it boasted a stand-out lead turn from Oscar Isaac (a movie star so rapidly in the ascendant it puts to bed once and for all the idea that TV is a reluctant choice for an actor with ambition) with support, lured by Simon's standing, from Catherine Keener, Alfred Molina and Jon Bernthal.

As always, the message here is all in the subtext: knee-jerk fear of other races and cultures only alienates us all, and high crime rates among black American males owe everything to a system that has impoverished them for generations, exacerbated by the effectively segregationist policy of the Reagan era to ghettoise social housing. All of this is here, and now you have a new one to tell people they should watch again because you're not sure they quite "got it". 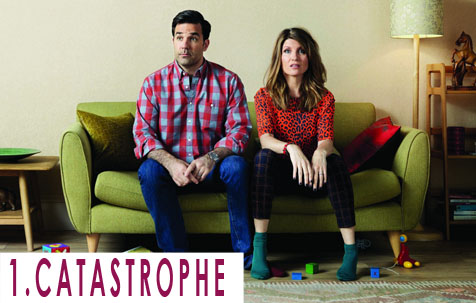 You could've been forgiven for mourning the demise of the British sitcom until Catastrophe came along. A glimpse of Miranda's swansong over Christmas highlighted for me just how close the whole thing came to flatline: woman is ungainly, woman falls over, now laugh, you idiots. Catastrophe marries two features of the new era of TV: principal characters who don't always behave how they should and test your sympathy for them; and cringe comedy, with the added twist that the couple who should be cringing are more or less unembarrassable.

Sitcoms have always featured an excess of characters saying very funny things at which no other character laughs but the audience does; a sort of inverted fourth-wall break that reminds you you're watching actors. The best thing about the characters Rob and Sharon is that, whether casually insulting each other in the faux passive-aggressive way they know the other appreciates, they find each other very funny. There's an added layer of realism here that endears you to them all the more.

Doing two seasons in the same year was brave; the decision to move the story on a few years for the second was especially so. It showed an awareness that the format was in danger of getting stale and a willingness to push the boundaries to prevent it becoming so. If you try new things you're all right by me, and Catastrophe is at once different and the funniest thing all year.
Sorry there wasn't more of it in 2015: I was busy with a thing. But I hope you've enjoyed the bulk of our content this year, namely Becky's brilliant Catfish and The Apprentice recaps, which have made me laugh enough to almost forget my own guiltily paltry contribution, and for which I'm massively grateful to her. See you in 2016! Oh, it's already ... right, right.

More:  End-of-year-lists  Catastrophe  The Jinx  The Leftovers  Making A Murderer  Mad Men  Peep Show  Peter Kays Car Share  The Pub Landlord  Show Me A Hero  This Is England
Follow us on Twitter @The_Shiznit for more fun features, film reviews and occasional commentary on what the best type of crisps are.
We are using Patreon to cover our hosting fees. So please consider chucking a few digital pennies our way by clicking on this link. Thanks!
« Previous Page