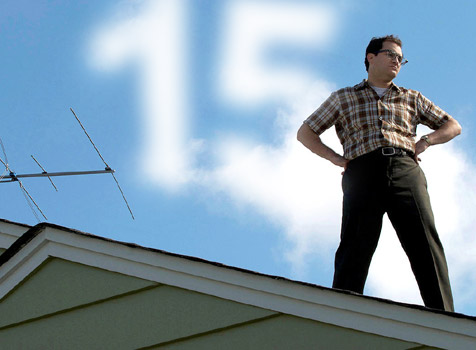 It is perhaps the year's most impenetrable film. Opening with a seemingly irrelevant scene, spoken entirely in Yiddish, it quickly sorted the genuine cinephiles from the bored teens and the shelter-seekers. Good riddance. A Serious Man deserves your full attention: give it anything less and you're doing it, and yourself, a grave disservice.

Joel and Ethan Coen will claim that it is not autobiographical; we choose not to believe them. The story, about a Jewish professor in the Midwest trying to make sense of the increasingly odd events that blight his life, could simply not be born directly from the imagination: this has a personal stamp on it that could be seen from space. A Serious Man is a typically droll Coen title; it's not 'funny ha ha', but if there's a better examination of desperation and exasperation in a film this year, it's not on this list. Ali

Defining moment: Larry Gopnick (Michael Stuhlbarg) dreams of being beaten up by the man who cuckolded him, and having his face smashed into his blackboard repeatedly. Even in his fantasies, Larry gets his ass kicked. 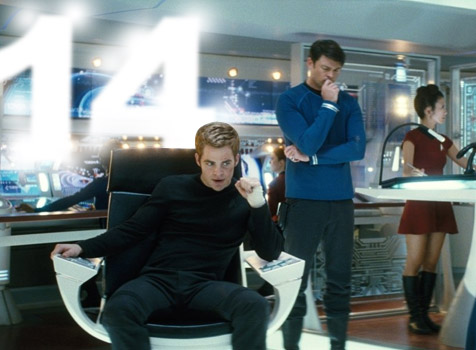 Many thought that JJ Abrams had picked up a poisoned chalice when agreeing to helm the reboot of one of sci-fi's most cherished franchises. Studio declarations that the flick had to appeal to a wider audience, plus reports of a hackneyed plot involving time travel, did little to quell the fears of Trekkers everywhere. However, the movie that JJ delivered, the eleventh in the franchise, massively disproved the rule that the even-numbered ST movies are superior to their odd-numbered brethren. Right from a breathless first scene, the plot moves along at warp speed, propelled by characters and events that are familiar, yet excitingly re-invented.

Of course, it's not without its problems; the ice-planet must have been directly lifted from George Lucas' discarded storyboards, and the trip through the Enterprise's coolant system was surely the precursor to some sort of water-park slide. But for every bum note, there's five winning beats. And best of all, after the failure of the frankly dire Star Trek: Nemesis, this reboot left the franchise feeling fresh, and likely to live long and prosper. Rich 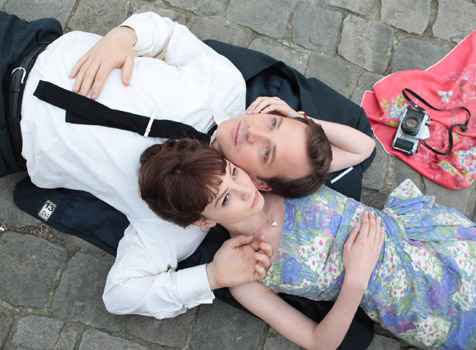 For girls growing up in 1960s Britain, an education was all about learning how to snag a husband. Jenny (Carey Mulligan) however, has other ideas. She's determined to escape her home life, go to Oxford University, attend concerts, smoke cigarettes, read French books and dance all night. When debonair David (Peter Sarsgaard) comes into her life, Jenny sees she can have all of these things instantly without sweating over her Latin homework. David is a sophisticated older man who quickly seduces Jenny, making her question her values and purpose in life.

Adapted from a memoir by Lynn Barber by Nick Hornby, An Education consequently has a raw honesty to it, making it both an enlightening and excruciating journey for Jenny. Mulligan is exceptional, able to be both na've and world-weary with utter conviction, though Sarsgaard, Alfred Molina and Rosamund Pike also give excellent supporting performances. The period detail of the sets and the costumes make the film totally transporting. An Education will no doubt lead the way for British nominations come the awards season, and rightly so. Anna 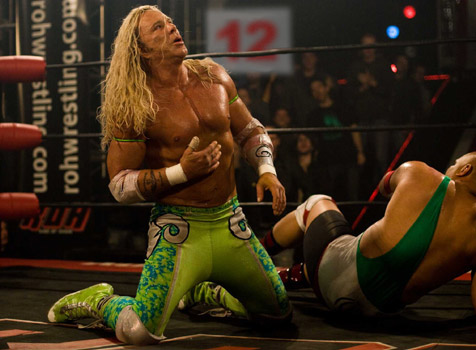 It's a bitch getting old.'When shit starts breaking down in the body, it stays broken.'Worse, it means finding out that the people you fucked over in your youth are the very people you need the most in the twilight of your life.'

Randy 'The Ram' Robinson (Mickey Rourke) was a superstar wrestler back in the 80s, but his life took a few hundred wrong turns.' Eking out a dismal existence working a menial supermarket job and wrestling in his spare time, a near-fatal heart attack fells him seemingly for good, and The Ram falls into despair.' Knowing that his best is behind him, he tries to turn to his estranged daughter, hopeful that he can become the man she needs him to be.

The Wrestler is bleak, haunting, and beautiful.' Mickey Rourke gives the performance of a lifetime - Randy is a man you want to alternately cheer and pity, the sort of man who is so maddening in his stupidity that you want to smack him upside the head... until you remember that his broken heart really is in the right place. Phyllis 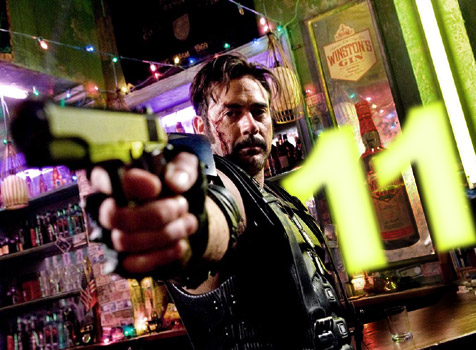 It's still shocking that a Watchmen movie was actually made, much less a great one. Director Zack Snyder captured the spirit of Alan Moore's sprawling graphic novel, but it is the slavish attention to detail to Dave Gibbons' panels that stuns.'The film straddles a fine line between silly and serious, but Snyder's deft direction manages to keep it from veering too far into the realm of camp.

Watchmen contains moments of true beauty, most notably the sequence in which Dr. Manhattan goes to Mars and recalls his origin; the stuff of fanboy dreams.'More importantly, the cast were up to the challenge; it's difficult to imagine anyone else inhabiting these roles now.' Fans criticized Snyder for changing the ending, but he actually managed to deliver a climax that is more thematically satisfying.'Watchmen was never going to please everyone, but it remains a fearlessly high watermark of the superhero genre. Chris

Defining moment: Rorschach makes prison his bitch. "Sooner or later you're gonna realise, I'm not locked in here with you... YOU'RE LOCKED IN HERE WITH ME!"

More:  Top10  Top 20 Movies
Follow us on Twitter @The_Shiznit for more fun features, film reviews and occasional commentary on what the best type of crisps are.
We are using Patreon to cover our hosting fees. So please consider chucking a few digital pennies our way by clicking on this link. Thanks!
« Previous Page
Next Page »