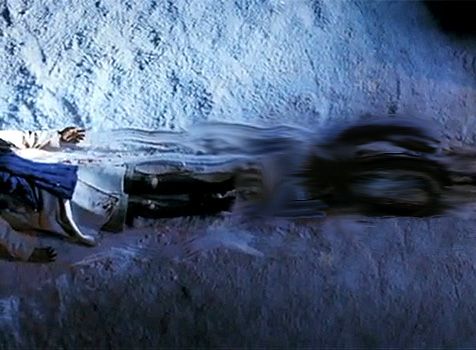 For many people, simply hearing the phrase "South Korean revenge thriller" is enough to dismiss a movie without any further thought. And you can't blame them really - the Koreans do tend to oversaturate their cinematic output with crimefests that go straight for the extreme end of the violence spectrum (your thoughts would probably be a bit grim if you lived next door to a megalomaniac with a nuclear arsenal at his disposal).

This dark streak is arguably what makes South Korean cinema unique, but it's not often the pieces fit together and a film emerges that translates so well to the West. Enter I Saw The Devil, which despite scenes of death and prolonged torture, retains an oddly mischievous tone throughout. In fact, it's downright silly at times. We follow Kim Soo-hyeon, a secret agent whose fiancée is murdered by a serial killer, and in his grief-stricken state uses his secret agent skills to capture the killer, exact revenge and then... let him go so he can do it all over again. And again. And again. Until he's learnt his lesson, or something.

You won't find many films this year as happy to punctuate images of nauseating violence with daring car acrobatics, and when the action does pause to contemplate Kim's antics, the peaks and troughs are balanced so precisely it doesn’t jar at all, despite sounding like it probably should. Look, just watch it or I'll tell everyone you're a massive racist. Luke

Defining moment: Back on the run, Choi Min-sik's depraved killer reveals the lengths he'll go to in order to remove the tracking device implanted in his stomach. Kim realises his prey has escaped and the gravity of the situation hits home in more ways than one. Tissues at the ready - although probably not for the end you were expecting… 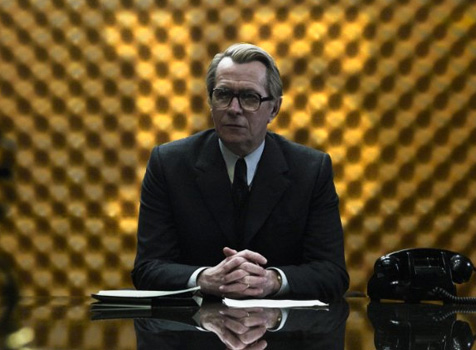 The Cold War has never been so cold as in this snowy, dispassionate spy thriller. Director Tomas Alfredson cashes in his Let The Right One In chips for a long, methodical exploration into government missions and the paranoia associated with a world filled with double agents, traitors and covert cover stories.

Adapted from one of John le Carré's dense novels about realistic life in the secret service, Tinker Tailor sees Gary Oldman's glacier-slow George Smiley attempt to identify the mole among his inner band of head spies, all of whom are, coincidentally, played by some of the best stiff-upper-lipped thespians England has to offer. From old stalwarts like John Hurt and Colin Firth to relatively new head-turners Benedict Cumberbatch and Tom Hardy, the acting is always exquisite, with Gary Oldman acting as anchor with a lead portrayal so slight, he practically sinks into the dowdy background.

Any rolled eyes at the film's complexity is fair – this is very much a film for the critics – with back stories unravelling thick and fast without very much actually happening on screen, and a resolution that may leave you feeling like you blinked and missed an important plot point along the way. But with Alfredson's stunning direction and the top notch performances on display, you are never in doubt that this is filmmaking at its finest. Matt

Defining moment: Cumberbatch's Peter returns from a mission with information putting Tom Hardy's Ricki in the frame and is faced with the suspect himself, leading to a rare slip of composure and to Hardy spitting out his teeth.

It's been a banner year for first-time British directors, as you'll see from the three debut UK movies on this list. Richard Ayoade's Submarine made the grade by virtue of Joe Dunthorne's book and the director's already firmly established comedic brain, yet who would have thought the tall half of Adam & Joe had a monster movie in him to rival not only the Joe Dante creature features he so clearly aspires to, but the rest of the year's best full stop?

Matching the swagger of his urbane young leads – neither protagonists nor antagonists, Moses and friends aren't ever presented as heroes – Cornish hurtles headfirst into the Hollywood elite with a pulsating beast of a movie; one that displays all the confidence, energy and verve of a genre veteran. When was the last time a horror comedy actually excelled at both? Attack The Block's genius lies in its heady mix of scares and its characters' unexpected reactions to them, perfectly summed up by Nick Frost's portly pot-head: "Lads, you've discovered a species hitherto unknown to science, quite possibly non-terrestrial in origin, and you kicked its fucking head in."

Funny and frightening in equal measure, Attack The Block is the kind of movie you could see a young John Carpenter making; cross your fingers Joe Cornish has even half the career he did. Preferably the first half. Ali

Defining moment: A pack of "gorilla wolf motherfuckers" leer into a 12th floor window, snarling their day-glo teeth, filling every pant in the block. 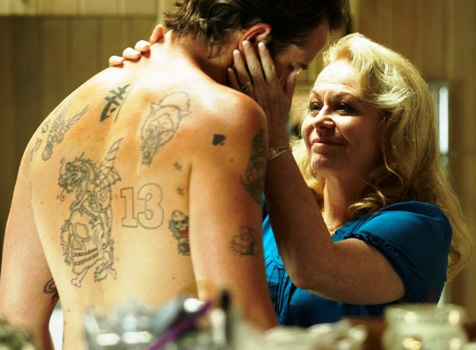 Every now and then, something great comes out of Australia: Neighbours, Fosters, Melissa George and now this indie crime thriller with incredible performances and a ruthless streak running through it. Along with the best films in the gangster genre, this is a drama with slow-burning rage, dangerously spiralling consequences and scary, unpredictable sociopaths, all of which run deep in the Corleones of this film, the Cody family.

Animal Kingdom tells the story of chronically shy J (James Frecheville) whose drug-overdosing mum carks it, leaving him to live with an estranged aunt Janine 'Smurf' Cody (an Oscar-nommed Jacki Weaver), who just so happens to be the matriarch of a family filled with drug-dealing, gun-toting uncles. As J struggles to swim against the tide of criminal behaviour, he has to hold on to his girlfriend, hold off a detective trying to find evidence against the Cody clan and, most challenging of all, put up with a creepy uncle Pope (Ben Mendelsohn) pushing him towards a life of crime.

In a film that puts performances first and foremost, there are a host of actors who all do an incredible job with their respective roles, including Joel Edgerton with an early career highlight and a moustached Guy Pearce who is, quite frankly, excellent in everything. The real stand-out portrayals, however, go to Weaver's kingpin Smurf, a woman terrifying in her effortless switch between kind, caring mum and furious, merciless manipulator, and Mendelsohn's Pope, a clear mental-case with no qualms about killing with the slightest provocation.

With all the characters tugging at J's last throes of innocence, Animal Kingdom chronicles a troubling descent into a criminal world and the subsequent turmoil that bubbles away under J's withdrawn exterior, right up until the shocking final scene. Matt

Defining moment: Left alone with J's barely conscious girlfriend, his uncle Pope struggles to restrain himself from acting on his own disturbing urges in one of the film's most harrowing scenes.

More:  Top10  Top 20 Movies
Follow us on Twitter @The_Shiznit for more fun features, film reviews and occasional commentary on what the best type of crisps are.
We are using Patreon to cover our hosting fees. So please consider chucking a few digital pennies our way by clicking on this link. Thanks!
« Previous Page
Next Page »